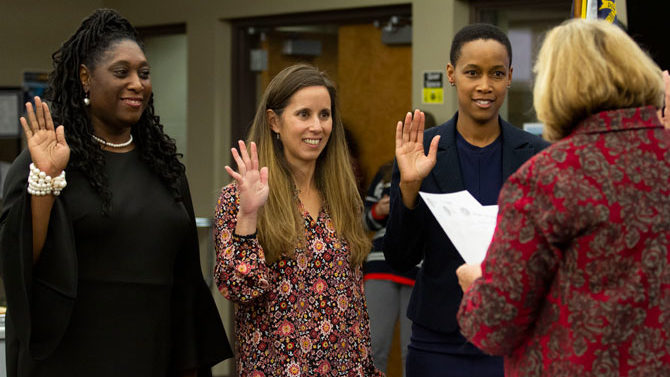 The Flagpole staff has emerged from some much-needed hibernation, and it looks like we didn’t miss a whole lot. News always slows to a trickle as the city empties out for the holidays. But that never lasts long. Here’s a look at a few 2018 stories that will continue to generate headlines in the new year.

SPLOST 2020: The first vote the ACC Commission takes in the new year could be on a motion to reconsider a December decision to include a $72 million judicial center and $44 million for affordable housing on a list of SPLOST projects that will go before voters in November. Some sitting and incoming commissioners have been critical of putting those projects on the list before a citizens advisory committee has had the chance to vet them. Also this month, that committee will start sifting through the 88 proposed projects—worth a total of $1 billion—and whittling it down before the commission makes a final decision on the project list this summer.

West Broad School: For years, school board and community members have engaged in a racially tinged debate over whether to keep or bulldoze the Athens Land Trust’s community garden at the long-vacant West Broad School. But that’s just one aspect of a larger issue involving space needs for the Clarke County School District. The Athens Community Career Academy, a vocational education program housed at the nearby H.T. Edwards complex, is bursting at the seams, there’s a waiting list for pre-K and Head Start, and central office staffers still lack a permanent home after CCSD sold its Mitchell Bridge Road building three years ago.

Superintendent Demond Means has proposed renovating the West Broad School and using it for pre-K classes—while making no commitment to keeping the garden—and opening a health clinic there. A competing ALT and ACC proposal would keep the garden and turn the main building into a community center offering entrepreneurship classes and meeting space. While board members keep punting, the historic West Broad School crumbles. Meanwhile, Means also wants to clear administrators out of H.T. Edwards to make room for the career academy to expand—but where will they go?

Meanwhile, Williams also has another top spot to fill. Assistant Manager Robert Hiss announced over the holidays that he’s stepping down Feb. 22 to become the county manager in Bedford County, VA. Hiss, who was hired in 2014, oversees 10 county departments, including fire, planning, transit, elections, building inspections and tax assessors.

Northside Growth: Last year, work finally got started on the 100 Prince mixed-use project at the old St. Joseph Catholic Church and resumed on a medical office building in Normaltown where famed bar Allen’s used to be. Atlanta developers broke ground on another mixed-use project at the old General Time/Westclox plant off Newton Bridge Road, just up the street from Southern Mill, a similar project in an old denim factory. Over on Commerce Road by the Loop, a massive amphitheater has received approval. New businesses have popped up, like Bain Mattox’s Buvez on Barber Street and Peter Dale’s Maepole on Chase Street. In other words, Prince Avenue and points north are booming. Look for that trend to continue in 2019.

This Bird You Can Change?:  In December—four months after Bird unceremoniously dumped hundreds of electric scooters onto Athens and UGA streets—the commission got fed up with scofflaw riders and temporarily banned them. Officials will spend up to the next 11 months crafting regulations, then look for a partner to bring back e-scooters this fall.