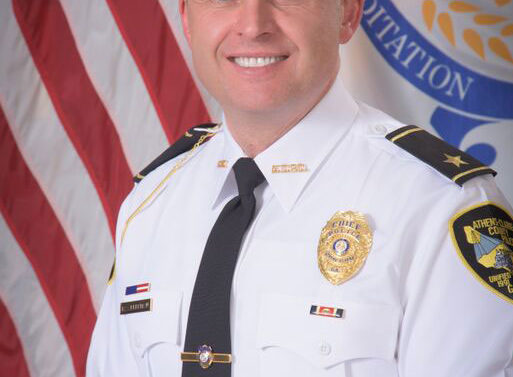 In a move that seemed to come out of nowhere but was apparently in the works for months, Scott Freeman abruptly resigned as Athens-Clarke County police chief last week.

As an Athens Anti-Discrimination Movement town hall meeting about community relations with police was wrapping up on Thursday night, AADM co-founder Knowa Johnson announced that Freeman had been fired. That’s what the Athens Banner-Herald called it in the headline reporter Joe Johnson had just posted, although Athens-Clarke County Manager Blaine Williams would later tell Flagpole that he and Freeman mutually agreed that Freeman would quit for the good of the department (which sounds like something athletic directors say after they fire their coaches). A news release stated that Freeman left to “pursue other opportunities.”

Mokah Jasmine Johnson’s mind immediately went to the work Freeman had done reaching out to minority communities. She wondered if he had lost his job because of it. “When those officers are out there trying to do right, trying to engage with the community, this is what they risk,” she said.

Former county manager Alan Reddish hired Freeman, formerly the chief deputy of the Rockdale County Sheriff’s Office, to take over for the retired Jack Lumpkin in 2015. Lumpkin was an advocate of community-oriented policing—a kinder, gentler brand of law enforcement—and Freeman said he would build on Lumpkin’s work. He trained officers to recognize their implicit biases, opened up training sessions to citizens, held cookouts, created an active social media presence and issued a zero-tolerance policy for racism and excessive force. “If you do your job, I will back you up to the hilt, even if it costs me my career,” he said two years ago. “If you violate somebody’s constitutional rights, I will fight the GBI to be the first one to put handcuffs on you.”

That philosophy was tested shortly after he was hired, when a white officer shot a young black man who appeared to reach for a gun during questioning. Freeman backed that officer, and he backed the officer who restrained an emotional 10-year-old boy while arresting his father in July. He also quickly fired an officer who hit a fleeing suspect with his patrol car in June. All three decisions enraged a substantial portion of the population, depending on their political leanings.

One exchange at the AADM town hall, in particular, illustrated the racial minefield of policing in a post-Black Lives Matter world, when the all-black panel did not agree on whether the white officer restraining the 10-year-old black boy was racist. “I don’t think it was racist at all,” said the boy’s father, Jawoski Collins. “They had to do what they had to do.”

Imani Scott-Blackwell, a member of the progressive group Athens for Everyone, said it was an example of the police’s historical role as a racist entity. “You’re exercising your power in a white supremacist society by thinking it’s OK to throw around a child in the first place.”

Robert Woods, field director for the Georgia ACLU’s Smart Justice campaign to end cash bail, took a middle view: Race is an issue, and so is class. There is a racist element to the criminal justice system, as shown by the disproportionate incarceration of African Americans, he said, but not all white officers are racist.

Shane Sims, a former convict who’s now ACCPD’s chaplain, said he was ready to “call in the NAACP, the Black Panthers,” when he saw a short snippet online. When he saw the full video, though, he calmed down. Mokah Johnson described the officers as “polite” and “decent” the vast majority of the time.

It’s more about power than race, Sims said—while in prison, he saw black guards mistreat black prisoners worse than white guards. That drew a rebuke from audience member Kimberly Davis, who said those guards were trapped in a system of white supremacy.

The fear in some quarters of the community is that Freeman lost his job for trying to address these complicated issues—that this was a coup by a group of wannabe Vic Mackeys. Why at least some officers were unhappy with Freeman’s leadership remains a mystery, but Williams said he’d been monitoring attrition and morale in the police department for five or six months. “Real or perceived, there’s been an erosion in confidence in the chief,” he told Flagpole. “The chief has done a lot of great things, but I’ve got to bring some stability to the department.”

It’s not entirely Freeman’s fault that ACCPD has been having trouble recruiting and retaining officers, because that’s a nationwide issue, Williams said, and there was no one incident that led to the decision that he resign. “I’ve done a lot of listening,” said Williams, who has the power to hire and fire all county department heads. “This is not a handful of disgruntled officers. This is a management issue that I have to deal with.”

Despite being in the works for some time, the move came as a surprise to many, including Commissioner Melissa Link. “I’m shocked,” Link said. “As an elected official, I feel like I should have been kept in the loop that this was happening. My constituents are shocked, too.”

Internal management issues aside, Williams said he was happy with Freeman’s policy direction of emphasizing community policing, and he wants a permanent replacement who will continue that work. “There are a lot of good things Chief Freeman brought to the community,” such as improved transparency, Williams said.

In the meantime, he appointed Capt. Mike Hunsinger as interim chief. Hunsinger is a 30-year veteran of the ACC police force and a graduate of the FBI academy. Williams said that he felt Hunsinger can bring stability to the department.