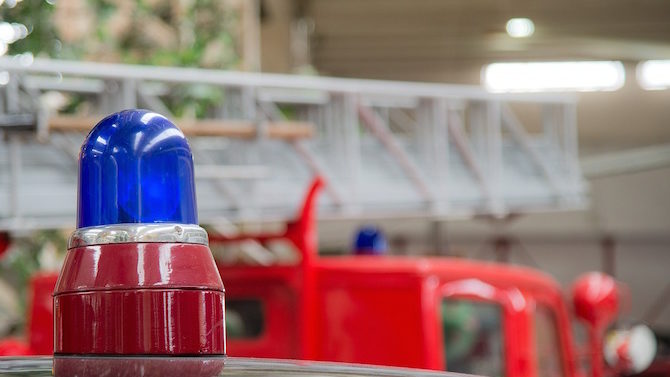 Athens’ two hospitals privatized ambulance service in 2009, and for years former EMTs have been claiming that the company contracted to provide the service, National EMS, is often slow to respond to 911 calls. Now, they have numbers they say proves it.

Former EMT Sam Rafal and Athens for Everyone filed an open records request with the state Department of Public Health, received records of National EMS’s response time to every call since 2014 and had those numbers analyzed by the public accounting firm Turner and Patat. National EMS is contractually required to respond to 90 percent of calls in 9 minutes or less—the standard recommended by national accreditation groups—but statistics show that the company arrived on the scene within 8 minutes and 59 seconds only 39 percent of the time.

“It’s a very large issue, and it has implications that will be life and death,” Rafal told Flagpole.

The numbers are misleading, said National EMS Chief Operating Officer Benny Atkins, because Rafal is lumping in high-priority calls that are “true emergencies,” like heart attacks, with lower-priority calls, such as transfers between hospitals. “We get called for all kinds of things,” Atkins said, and the high-priority calls—where ambulances run with lights and sirens—only make up about 40 percent of all calls. On those calls, National EMS responds in less than 9 minutes “right at 89 or 90 percent of the time,” he said.

However, Rafal said that National EMS should be treating more calls as high priorities, because EMTs never know what they’ll find when they arrive on the scene. “If [National EMS is] downgrading that many calls, that’s very dangerous and a problem,” he said.

Rafal and other former EMTs have been sounding the alarm for years, and Athens-Clarke County commissioners finally became concerned enough that they called a work session on the issue last year. At the work session, Atkins told commissioners that the average response time is 7 minutes and 32 seconds, but he did not say how many responses are under the 9-minute threshold.

Atkins “should show his data,” Rafal said. Under an agreement with the hospitals for ACC to subsidize National EMS to the tune of $100,000 per year, the company is ostensibly overseen by a committee of county and hospital officials, but those meetings are never announced, and it’s unclear whether they’re open to the public. Atkins said he has shared the data with the committee.

After the April 2017 work session, commissioners dropped the issue, but Rafal said he will raise it again at the commission’s July 3 meeting. Athens for Everyone said in a press release that the group wants the ACC Fire Department to take over ambulance service. (Many firefighters are already cross-trained as EMTs and respond to some, but not all, 911 calls, Fire Chief Jeff Scarbrough told commissioners last year.) If the service remains privatized, A4E wants to route all 911 calls through the police department’s dispatch center and for National EMS to break up emergency and non-emergency transport into separate divisions, rather than running non-emergency calls with ambulances that are on standby for emergencies.