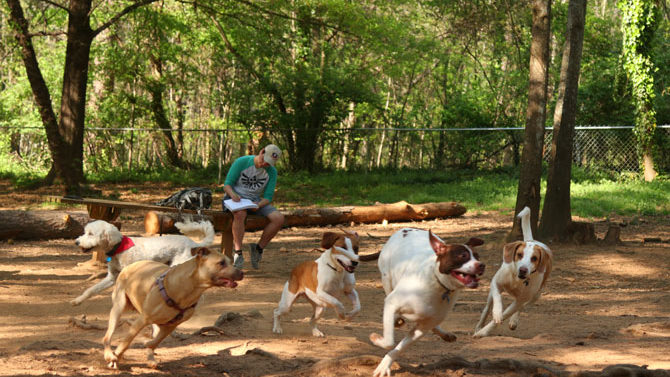 ACC commissioners didn’t have much to discuss with state legislators during their twice-annual meeting last week—probably because commissioners have stopped bothering to ask the local delegation to do anything. Sen. Bill Cowsert (R-Athens) noted that legislators didn’t receive any local requests before the session that wrapped up last month. “We’ve either given up, or y’all are doing a great job,” Mayor Nancy Denson said.

Denson did ask one last time for lawmakers to return local elections to November—they’ve been in May since 2012—when turnout is higher. The Augusta delegation has blocked such a move in the past, believing it’s easier to elect Republicans to local nonpartisan offices in conjunction with partisan primaries. “Better participation, no matter which party you’re in, is better for the country,” Denson said.

Commissioner Andy Herod pushed for raises for UGA employees. “I know it’s self-serving, but any time you give UGA employees a raise, it helps our local economy,” said Herod, a geography professor.

Commissioners also asked, once again, for the authority to use radar to enforce speed limits on residential streets. Sen. Frank Ginn (R-Danielsville) again suggested speed humps, to which commissioners again responded that they’re expensive and not always a good solution to slow speeding cut-through drivers.

As far as what legislators wanted to talk about, Cowsert said he’s proud of the state income-tax cut the legislature passed, as well as increased funding for K-12 education. Freshman Rep. Jonathan Wallace (D-Watkinsville) said he is eager to buy new voting machines that will print paper receipts. Georgia’s current voting machines were purchased in 2002, and Microsoft no longer supports their software, he said.

Wallace also touted a bill allowing telecoms to lay broadband fiber along state highways, although a bill easing regulations on small-cell wireless technology failed because cable companies wanted lower franchise fees in exchange, leading lobbyists for cities and counties to oppose it. Ginn said ACC’s franchise fees—charges for utilities to run lines on public land—are reasonable, but “there are some bad actors out there.” Denson and commissioners stressed that they want to maintain control of local right of ways.

At the Apr. 10 work session, commissioners also heard from human resources officials who said salaries for ACC employees still haven’t caught up with the market since the recession ended, so turnover is increasing, especially among law enforcement and bus drivers. A full study will be presented in May.

In addition, Transportation and Public Works Director Drew Raessler gave a proposal for a local streetlight utility. Although Georgia Power has installed more energy-efficient LED bulbs—which many people don’t like because their blue tint increases glare—ACC hasn’t seen any savings on its power bill, Raessler said. A utility would also give the local government more flexibility in terms of where to place streetlights.

Just a week after cutting the ribbon on a new 1.8-mile stretch of the North Oconee River Greenway between the Lexington Road park-and-ride lot and College Station, Leisure Services officials presented plans for the next leg of the Firefly Trail running from the Loop to Winterville.

And they showed commissioners a draft of a master plan for Memorial Park. Inadequate parking is affecting the surrounding neighborhood, so the plan calls for building a small parking deck into the hill near the entrance, with a basketball court on top. The plan also calls for completely renovating Bear Hollow Zoo, a second dog park next to the current one, a larger playground and pool, a kids’ “adventure trail,” ecological improvements to the park’s lake, an interpretative wetland at the old swimming hole and a larger facility for the Athens Creative Theater, with Quinn Hall becoming a rentable space that could also be used for summer camps. The next step is to prioritize the projects and estimate costs.