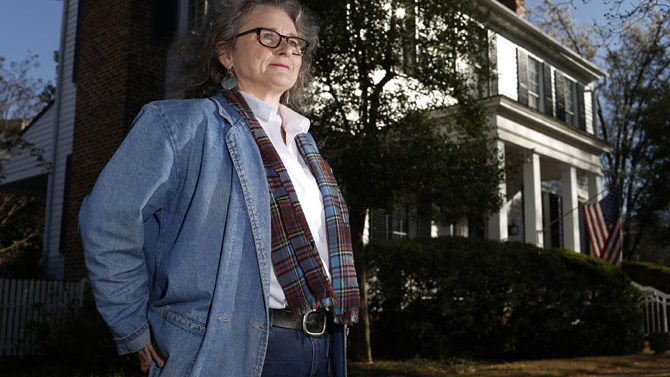 There was no drama involved in Amy Kissane’s decision to resign as director of the Athens-Clarke Heritage Foundation. After 16 years, she decided it was time for a change.

A year ago or so, she spent some time considering whether to run for public office, believing that a campaign would be fun. She ultimately decided not to run, but in making that decision, she realized she wanted to try her hand at something new.

“I wanted to get past the 50th anniversary [of the ACHF] and to celebrate the foundation,” Kissane says. “Afterward, I thought, ‘If not now, then when?’ I think it’ll be good for the foundation to have someone new as well.”

Kissane came to Athens from North Carolina, where she had graduated from Duke University with a zoology degree. After a few years, she decided she didn’t want to work in science. When she spotted a flyer on campus about historic preservation at the University of Georgia, she thought she would see what that entailed. A visit to campus and a meeting with director John Waters sold her on the program.

As director, “she’s been fantastic,” Waters says. “She’s bright, tenacious and she doesn’t give up. She’s done a great job.”

Kissane says she’s glad the foundation was involved in getting a historic district designated on Reese Street. She hopes inroads to protect African-American resources will continue to develop, “because these resources are an important part of the history of Athens.”

She’s also glad the foundation is a reasonable, respected voice for historic preservation in the community. She says she’s passionate about different issues and causes and will be looking for ways to contribute to the community. Kissane says she’ll be helping the new director transition into the job.