Ciné Applies for Loan Through ADDA to Purchase Building 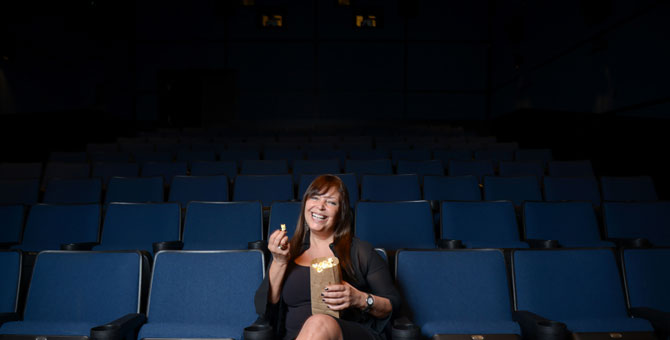 The arthouse movie theater Ciné has “transformed” the west side of downtown, according to David Lynn, director of planning and outreach for the Athens Downtown Development Authority. “It’s the kind of use that medium-sized cities like Athens just don’t have,” he said.

The ADDA is helping Ciné buy its building by allowing the nonprofit that owns the theater to apply for a $250,000 low-interest loan from the Georgia Cities Foundation—the same organization that also helped Ciné get off the ground with a loan in 2007.

Founder Brigitta Hangartner moved away in 2011 and transferred ownership of the theater to a new nonprofit, the Athens Film Arts Institute, but retained ownership of the building. Now, Hangartner and the institute are working toward a deal for the institute to buy the building as well. “She would like us to have the property in our hands by April 2018,” Executive Director Pamela Kohn told the ADDA board last week.

The AFAI has raised $250,000 toward the purchase, with more pledges on the way, and has secured the promise of a $1.5 million loan from First American Bank & Trust. Additional financing is needed, though, Kohn said—the eventual goal is to raise $2.5 million.

The rent on the Hancock Avenue space—a renovated former tire plant—recently increased when a historic property-tax freeze expired, and is now nearly $7,000 a month, according to Kohn, which shows that Ciné is able to handle a hefty mortgage payment. In addition, The National, Peter Dale’s acclaimed Mediterranean restaurant in the same building, would become a tenant, providing an additional reliable source of cash flow, she said. Ciné is also applying for other tax credits and grants.

“I think the community would like for Ciné to survive and stay,” Kohn said.

The ADDA board approved applying for the loan on behalf of Ciné, although one board member, Pete Dugas, said he wants further assurances that the ADDA wouldn’t be on the hook in the event Ciné defaulted. (It wouldn’t, Lynn said, because the ADDA is merely a pass-through, but he added that he will ask the ADDA’s attorney, Jim Warnes, who was out sick, to provide more information.)