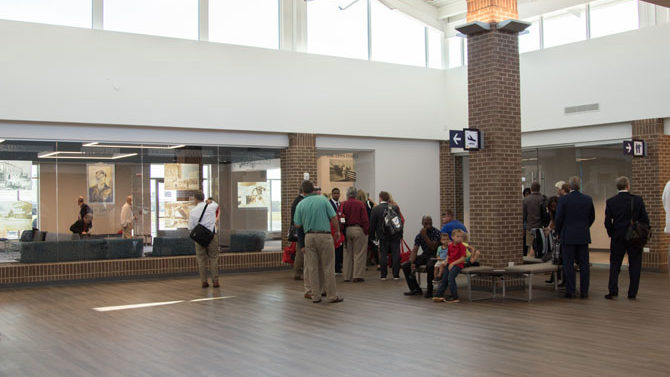 Three months into his new job, Means said it’s been harder, the problems more deeply entrenched, than he expected. The word “system” came up over and over again at last week’s Board of Education work session. CCSD doesn’t have one, according to Means. Under former superintendent Phil Lanoue, principals were encouraged to be creative. That’s like a team practicing flea-flickers when they don’t know how to block or tackle. “Let’s get the basics first before we talk about innovation,” he said.

Means’ talk came on the heels of some nausea-inducing numbers released by the school district. First, the good news: CCSD’s graduation rate topped 80 percent last year for the first time in memory. That’s up from 50–60 percent a decade ago. Dig deeper, though, and the picture gets ugly in a hurry.

CCSD is 54 percent black, yet African-American students accounted for 80 percent of disciplinary incidents. Fewer than 20 percent of black third- through eighth-graders were proficient in math or language, compared to more than 60 percent of white students. (Hispanics, who make up 26 percent of the district’s students, fared better than African Americans but not as well as whites.)

The differences are even starker at certain schools. At Barrow Elementary, which is roughly evenly split between black and white, 53 black students were suspended in 2016–17 and just four whites. At Chase Street Elementary, just 14 percent of black students were proficient in language, compared to 92 percent of white students. Interestingly, at a few elementary schools—Cleveland Road, Fowler Drive, Gaines and Winterville—proficiency scores were awful across the board. At none of the schools did students score well regardless of demographic.

Means intentionally did not mention any of these numbers during the work session Oct. 5. Instead, like Kirby Smart in his first year, he’s trying to impose a new culture first before drilling down into details. (I’ll use all the football analogies Means said he tries to avoid.) The school board should be operating at a higher level, he told them.

Where Lanoue encouraged experimentation at the school level in hopes of improving performance and closing the achievement gap, Means, with his emphasis on equity, wants to impose a structure or system from the top down so that every student in every school receives an equally high-quality education.

“If you live in Nellie B or Five Points, you should get the same educational experience. Right now, that’s not the case,” he said. “If you know how to navigate, we have a great school district. Clarke County is awesome. What if you are a family that doesn’t know how to navigate the system? As we’ve talked about, we have a lot of them.”

A system does not mean a dictatorship. Means—who also regularly emphasizes collaboration—coached the school board on the collective impact model of management, where organizations work together to solve a deep-seated social problem. Athens, he noted, is program rich and systems poor, meaning that Athens has a lot of talented people doing great work in the public sphere, but they don’t always work together.

As an example of what the collective impact model looks like on the ground level, Means envisioned “true community schools” that never close and offer services like health care. “Whatever you need as a neighborhood is embedded in that school,” he said.

Board vice chairwoman Sarah Ellis noted that schools already offer services like vaccines and a dental van. But they’re inconsistent, Means said, offered at some schools but not others, here one year and gone the next, which makes it hard for parents to know what to expect. “If it’s not systemic, it’s hurting children,” he said.

Means mentioned several changes in how administrators will plan and budget. Freed from the restraints of QBE (the state’s school funding formula) when it became a charter district, CCSD can now distribute resources among schools however it chooses, according to need rather than by number of students. School-level Student Improvement Plans will now be known as Student Growth Plans, and they’ll cover two years, because one year isn’t enough time to expect results. Plans for teaching the old-fashioned three R’s, as well as guiding students’ emotional development, will be revised and standardized across schools, with teacher input.

The board, too, needs additional training and reform, Means said. “We have work to do, and it’s going to take a change in the way we do our work,” he said.

That may prove most difficult of all, though. The board voted in August to bar its members from serving consecutive terms as president or vice president—the rationale being that each member should have an opportunity to gain leadership experience—and to strip the president of the power to appoint committees, appointing them by consensus instead.

The changes were made on the advice of a consultant hired by former interim superintendent Jack Parrish, but proved controversial, as some African Americans viewed them as a slap at Charles Worthy, who’s been board president for the past 12 years. Board member Linda Davis—who, along with Worthy, was one of only two to vote against the “B policy,” or board policy, changes—is pushing her colleagues to reconsider at the Oct. 12 meeting. That didn’t sit well with some of them, like Greg Davis, who are ready to move on. John Knox even pointed to the board’s ethics policy, which requires board members to present a united front and support board decisions after a vote is taken.

“I think this has ceased to be a policy discussion and has become a political discussion, and I don’t like that because it distracts from the work,” Ellis said. “I don’t think there’s room for politics in education. It’s about the children.”