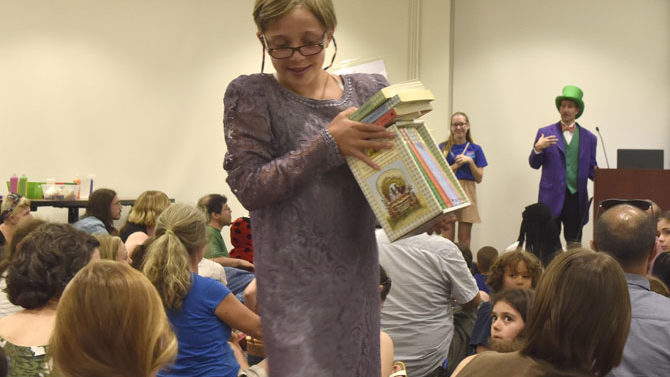 Athens-Clarke County officials found the political equivalent of a $20 bill in the jeans they just washed, and they’re using the money to restore funding for Firefly Trail without making painful cuts to any other T-SPLOST projects.

Before a work session last week to finalize a list of transportation projects commissioners want to fund with a 1 percent sales tax that will be on the November ballot, Mayor Nancy Denson announced that the commission actually had more money to work with than they previously thought. On Commissioner Sharyn Dickerson’s suggestion, Denson asked county finance officials to take another look at sales-tax projects for the next five years. They found that T-SPLOST could raise up to $9 million more than previously thought.

When the Finance Department made its initial projection of $104.5 million, it had only five months’ worth of data from fiscal 2017 (July–June) to work with, and those were a bad five months. There was no clear pattern of sales-tax collections going up or down over the past five years, so officials assumed they’d be flat for the next five, ACC Finance Director David Boyd said.

Then, sales-tax collections started to boom, and it became clear that 2017 would be a banner year, establishing a clear upward pattern from $20.9 million in 2013 to $22.1 million in 2015 to $22.5 million in 2017. Even if sales-tax revenue flatlines in coming years, Boyd said he felt comfortable projecting that T-SPLOST would raise at least $109.5 million—$5 million more than originally estimated.

Commissioner Kelly Girtz joked that he’s “glad we’re growing money trees on Satula Avenue,” where the Finance Department is located. “If you want to plant one at my house, come on over.”

It just so happens that $5 million is almost the exact amount commissioners were poised to cut from Firefly Trail, the seven-mile rails-to-trails project between downtown and Winterville that’s been 17 years in the making. Worried that the cut would result in an unfinished project, advocates swarmed City Hall and commissioners’ inboxes asking that it be restored.

At the work session, Denson held up a thick manila folder full of printed-out emails. “It’s easily the most feedback I’ve gotten on any local thing here in Athens,” she said. That’s probably hyperbole (Selig? Prince Avenue?), but they got a lot of feedback.

Commissioners also tentatively decided to cut funding for new buses from $8 million to $4 million, reasoning that ACC recently received a state grant for new hybrid buses, and that the manufacturer has a two-year backlog anyway. That $4 million was added to a pot of money for new sidewalks, bringing it back up to $11 million, close to the amount recommended by a citizens advisory committee.

Commissioners also said they’ll cut the Clayton Street streetscape project by $303,000 (it remains in at $7.1 million) and $85,000 for traffic signals. That money will go toward Firefly Trail.

Three projects commissioners added last month—$4 million for pedestrian improvements in the West Broad neighborhood, $2.5 million for a roundabout at Milledge Avenue and Whitehall Road and $6 million for a Tallassee Road bridge—remain on the project list. So does $340,000 for ACC to repair privately owned streets, but it won’t be earmarked specifically for subdivisions off Atlanta Highway, as Commissioner Jerry NeSmith had wanted.

However, a $1.3 million path alongside Jefferson River Road that the advisory committee recommended didn’t make the cut, because a majority of commissioners felt it was too specific and should have to compete with other sidewalk projects.

Other projects include $10 million for the North Oconee River Greenway, $25.6 million for road repaving, $1.5 million for Ben Epps Airport, $500,000 for new bus stops, $940,000 to expand Athens Transit service on Highway 29, $6 million for bike lanes and $4 million each for the Lexington Road, Atlanta Highway and Prince Avenue corridors.

“Not everybody’s going to get everything they like, but for the community as a whole, it’s important to get this T-SPLOST passed,” Commissioner Andy Herod said.

The commission was scheduled to vote on the final project list Tuesday, Aug. 1 (check flagpole.com for updates). At a called meeting Aug. 15, the commission will set Nov. 7 as the date of the referendum. If it’s approved, the tax will run for five years or until $109.5 million is collected, whichever comes first.

Superior Court Judge David Sweat retired effective July 31. Read our profile of him and his achievements in criminal justice reform on p. 7, then flip back, and let’s talk about who will replace him on the bench.

Sweat still had a year and a half left in his term, and the Judicial Nominating Commission has submitted three finalists for Gov. Nathan Deal to consider: state Rep. Regina Quick (R-Athens), who is also a lawyer; Chief Assistant District Attorney Bryan Patterson; and Richard Connelly Jr., Oconee County’s chief magistrate judge and a partner in the law firm Hudson, Montgomery, Kalivoda & Connelly.

Regardless of whom Deal appoints, the new judge will have an opponent in the May 2018 nonpartisan election: Lisa Lott, a Western Circuit public defender.

“I have a vision for the role of judge that builds on the work done by Judge Sweat and his colleagues,” Lott said in a news release. “A judge must be fair, impartial, above partisan politics and deeply involved with every corner of this community. My work as a public defender and as a prosecutor over the last 23 years has given me an understanding of our values as a community, and I look forward to bringing that understanding to the bench.”

Lott is politically connected—she is married to former Athens state Sen. Doug Haines—and had raised nearly $30,000 as of June 30, according to a disclosure filed with the Georgia Government Transparency and Campaign Finance Commission. Contributors include a number of local lawyers and other prominent Athenians, such as former mayors Heidi Davison and Gwen O’Looney, Commissioner Allison Wright, former Commissioner Kathy Hoard and Eric Linder, rabbi of Congregation Children of Israel.

Although the race is nonpartisan, it’s clear that Lott is supported by Democrats, and that whomever Deal appoints will be a Republican (otherwise, he or she wouldn’t have been appointed). It’s not easy to unseat a sitting judge, but the partisan dynamics of the Western Circuit—Democrats in Clarke County outnumber Republicans in Oconee—make it possible for Lott to win.

There’s a twist here involving the House District 117 race: Quick is not running again either way, but if Deal appoints her, she will have to resign from the legislature, which would trigger a special election. That would be bad news for Democrat Deborah Gonzalez, who would have less time to catch up to her two Republican opponents in fundraising—as of June 30, she had raised a little under $8,000, compared to $66,000 for Houston Gaines, and former state Rep. Doug McKillip had kicked in $102,000 of his own money. Plus, Gonzalez would no longer benefit from the wave of Democratic voters, motivated by anger at President Trump and the GOP majority in Washington, that is expected to turn out in November 2018.

But not for mayor—for commission District 7.

Activist and business owner Russell Edwards had been testing the waters for a potential mayoral run, but he announced last week that he’ll seek the Athens-Clarke County Commission seat currently held by Diane Bell instead.

Edwards said in a statement provided to Flagpole that he was concerned about splitting the progressive vote between himself and Commissioner Kelly Girtz, who will officially kick off his mayoral campaign Sept. 9. There’s a precedent for his concern: In 2010, acrimony between supporters of second-place finisher Gwen O’Looney and third-place finisher Spencer Frye contributed to Mayor Nancy Denson’s runoff victory.

“My goal is to improve the lives of my neighbors and everyone in our community, and having more than one candidate running on a similar platform could result in a split vote, which may endanger that goal,” Edwards said. “I’ve spoken candidly with Commissioner Kelly Girtz about my vision for Athens. We share many of the same ideas, and many of the same friends and contacts. I believe that a campaign battle between Girtz and myself could work against realizing our shared goals, and I do not want to see that happen.”

District 7 includes part of Five Points and the Macon Highway area. Bell, whose first term ends next year, is widely considered vulnerable because she angered many constituents by secretly attempting to scuttle a potential Milledge Circle historic district.

Edwards ran for Congress against former Rep. Paul Broun in 2010, while he was still in law school, and led the fight against a proposed downtown Walmart a few years back. He owns Agora Vintage with his wife, Airee. They have a 3-year-old son, Teddy.