Proposed Insurance Regs Could Spell Trouble for AthFest and Twilight 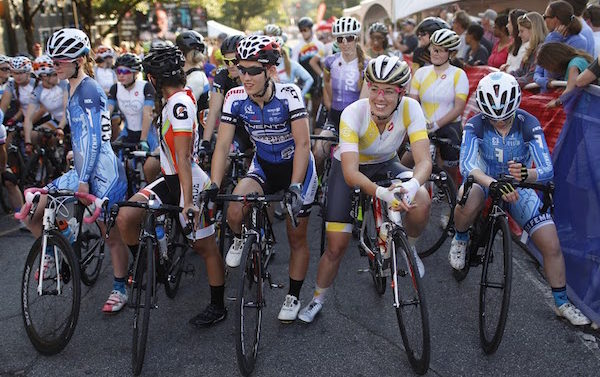 Two popular downtown events that are already run on a shoestring, AthFest and the Twilight Criterium, would have to come up with almost $10,000 apiece if the ACC Commission approves a proposal requiring special event organizers to buy more insurance coverage.

“High risk” events—those where alcohol is served, that require street closures, include electrical equipment and draw more than 5,000 people—would have to buy $10 million worth of liability insurance to receive a special-event permit under the proposal. This would raise AthFest’s costs by $9,500 and Twilight’s by $8,000, the organizations said.

“As it stands, the 2017 AthFest is only expected to profit a little over $1,000,” Executive Director Jill Helme said. “If the proposed insurance requirements are approved, the AthFest Educates Board of Directors will need to make some tough decisions about what cuts we can make to the festival to make sure the 2017 festival happens without negatively impacting the quality and enjoyment of AthFest. The bigger question is the future of the festival. While we can probably incur the increase for this one year, it’s certainly not something we can afford to do year after year.”

Even without the additional cost, Twilight is currently facing an $18,000 shortfall, according to founder Gene Dixon.

ACC Central Services Department staff said they based the insurance requirements on other cities. But Dixon, who puts on bike races all over the country, said he’s never come across a community that’s required more than $5 million—half of what ACC wants to require.

Ironically, when Denson assigned the issue to the Government Operations Committee in July, the intent was to streamline the process for putting on special events. “We started out discussing ways to make it easier for nonprofits to put on these special events, but we ended up making it more difficult,” Commissioner Melissa Link said.

The proposal is scheduled for a vote Tuesday, Mar. 7. Other items scheduled for a vote include building a crosswalk with a pedestrian refuge on North Avenue near Evelyn Neely Drive; accepting a consultant’s report on a public-art master plan for the Athens Cultural Affairs Commission; hiring consultant Toole Design Group for $208,000 to help rewrite the city’s bicycle and pedestrian master plan; a 104-bed Episcopal dorm on South Lumpkin Street; and an overgrown-lots ordinance that would ban grass over 10 inches high.

UPDATE: On Friday, four commissioners—Melissa Link, Mike Hamby, Kelly Girtz and Jerry NeSmith—introduced a commission-defined option to delay implementing the new insurance requirements. If their proposal is approved, the Mayor and Commission would consider funding in ACC’s upcoming budget to offset the additional costs.

Channeling their inner Bob Barker, several Athens residents asked commissioners to do more to ensure dogs and cats are spayed and neutered when the commission considered some routine housekeeping on the county animal-control ordinance last month. However, it doesn’t appear that “intact” or “unaltered” dogs are much of a problem. In the past three years, only 24 dogs (nine fixed) have been impounded three or more times, and only 14 dogs (eight fixed) are classified as potentially dangerous, dangerous or vicious, animal control officials told the commission’s Legislative Review Committee last week. The committee nevertheless asked ACC Attorney Bill Berryman to look into the legality of spaying or neutering all animals that come through the county animal shelter. Currently, the Animal Control Division requires adopted animals to be spayed or neutered, but only offers cash incentives for fixing reclaimed pets.