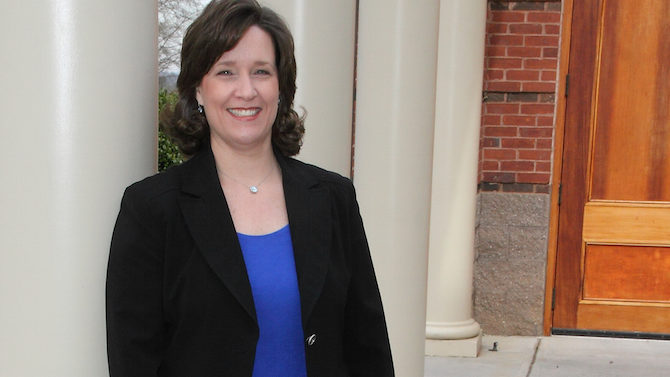 Envision Athens describes itself as “a community-wide effort to develop a common vision for the future of the Athens-Clarke County community.” That’s a laudable goal, but it’s not off to an auspicious start.

Envision Athens grew out of the every-decade update of the city’s state-required comprehensive plan, a document that focuses on planning and zoning but also touches on related areas like transportation and economic development. The last comp-plan update in 2007 resulted in few changes to the document, which encourages urban growth and discourages sprawl; a couple of years later, the unpopular luxury-student-housing and intown-McMansion booms that are changing the face of the city started, so this is something folks might want to pay attention to.

The 2007 update under Mayor Heidi Davison was an open and transparent process. Anyone who wanted to could jump in and get their hands dirty, and hundreds did.

Envision Athens has the look of a more top-down process. An initial group of 20—including ACC, the Clarke County School District, the University of Georgia, Athens Tech, the Athens Housing Authority, local hospitals, the City of Winterville, United Way and the Athens Area Chamber of Commerce—tapped 18 others to form a 38-member steering committee.

You can find the full steering committee membership at envisionathens.com. What you won’t find though, are the myriad (and, frankly, bewildering) stakeholder groups and focus groups that will also be meeting throughout the year to craft this plan.

At a meeting with Athens-Clarke Heritage Foundation members last week, co-chairwoman Sharyn Dickerson, an ACC commissioner, faced a skeptical audience. Envision Athens’ rollout has been rushed and haphazard, attendees said, with too little information about who is behind it and how they were chosen. “It seems like a core group that picked another core group,” said Rosemary Goodrum.

“We couldn’t put out a call,” Dickerson replied. “Lord knows we’d get 10,000 people. We tried to find out through the network who was involved.”

Although the steering committee is diverse in gender and race, Dickerson’s fellow Commissioner Melissa Link has been raising questions about its geographical makeup, contending that neighborhoods in her central Athens district that are most likely to be affected by development in the coming decade aren’t well represented.

“There is a lot of concern in the community that a lot of this is happening behind closed doors,” Link said. Dickerson declined to say whom the steering committee has invited to participate in the focus groups, and seemed to imply that their names wouldn’t be made public, nor would their meetings be open to the public. “This is a public-private partnership, not the government, so there’s no right that we have to put everything out there,” Dickerson said.

Jeb Bradberry, who sits on an ACC board that hears property-tax appeals, challenged her. “If there’s public funding involved, those meetings have to be open,” he said. Dickerson later clarified that the steering committee wants to get permission from focus-group participants before posting their names, and that their meetings will be open, but public comment won’t be accepted.

Link also expressed concern that urban growth—the city’s most pressing planning issue, from her point of view—will get short shrift. Athens Land Trust President Heather Benham assured her that it will be considered, but the steering committee is also trying to ensure that voices are heard from groups that don’t always step forward.

Of course, none of this will matter if the Envision Athens plan meets the same fate as every other plan in Athens—a dusty shelf. That was Chris Evans’ fear: “We study like crazy, and we spend so much money on studies.” He wondered, how will all those studies be pulled together?

“You have every reason to feel jaded about this,” Dickerson said. But this plan is different, she insisted.

There will be two more rounds of public hearings, in April and June, before the final plan is released in October.

Creature Comforts will renovate part of an old mill off Chase Street just north of Boulevard into an $8 million new brewery slated to open this fall, with tours starting in early 2018.

“This is an Athens company, and we want to keep those expansions here,” ACC Manager Blaine Williams said.

In return, the company agreed to make the capital investment to renovate part of the vacant Southern Mill, a Bryan Street denim factory that closed in the 1990s. Other parts of the property are slated to become a residential development with commercial space and art studios, although the project has made little apparent progress since winning ACC approval more than a year ago.

Link said she hopes Creature Comforts coming in will jump-start the rest of the project and others like it in the industrial area between Boulevard and the Loop. “This is a corridor that has a lot of potential for small-business growth,” she said.

It will take seven years’ worth of tax revenue to earn back the $475,000 ACC is spending, Williams said. In the meantime, though, the school district will be reaping a windfall, and the county as a whole will benefit from the investment in the mill and the jobs created, Williams said.

This is not as cut-and-dried a win-win as county officials would have you believe, though. As more than one wag has pointed out, ACC essentially wrote a check for half a million dollars to Wes Rogers, the student-housing developer who’s one of the company’s major investors. And a whole lot of local business owners woke up last Wednesday morning wondering if they could get the local government to subsidize their businesses by, as Creature Comforts did, looking at sites in other states.

This is not unprecedented at all. If you’ll recall, a couple of years ago, Terrapin had a $300,000 offer from ACC to expand its Newton Bridge Road brewery, but has since been sold to international conglomerate MillerCoors and started work on a second brewery at SunTrust Park, the new Braves stadium in Smyrna. That deal is now off the table, according to Mayor Nancy Denson. The Kroger on U.S. 29 received tax breaks, and so would have the new Hyatt Place downtown if not for public outcry. ACC taxpayers spent $6 million in cash on land, roads and utilities for Caterpillar. The Athens Downtown Development Authority regularly pays downtown property owners to fix up their own buildings.

Taxpayer handouts to private businesses always make me a little queasy, and I don’t like it when government plays favorites. On the other hand, Creature Comforts makes great beer, brings a lot of publicity and tourists to Athens and does a lot of of good for the community (raising more than $100,000 for charity, for example). If a sweetheart deal is what it takes to get them to stay and help them grow, so be it.

At the same called meeting, the commission ratified Mayor Nancy Denson’s choice for municipal court judge, Ryan Hope, the county’s chief assistant solicitor (misdemeanor prosecutor) since 2007. Prior to that he spent six years as a public defender for the UGA Legal Aid Clinic and the Western Circuit Public Defender’s Office. Hope replaces Leslie Spornberger Jones, who resigned in November. He takes office Feb. 6.

The commission’s regularly scheduled agenda-setting meeting followed the called voting, and most of the items on the rather sparse agenda look set to sail through Feb. 7. They include:

• A new drought management plan, part of which involves potentially building a reservoir to collect treated sewage for industrial use or reprocessing it into drinking water in the event of a severe drought. “We use less water [per capita] than any county in the state, so we are not going to make it through the next 100-year drought through conservation, in all likelihood, depending on how long it lasts,” Commissioner Jerry NeSmith said.

• A long-range plan to build out the county’s network of greenways and trails, in spite of some quibbling about some of the future trails’ exact routes and the order in which they’ll be built.

• New regulations on infill development designed to limit overly large new houses built on vacant lots or in place of tear-downs that loom over more modest neighboring homes. The new rules will only apply to neighborhoods zoned single-family, though. Link again raised the issue of protecting neighborhoods that are primarily single-family but zoned multi-family, such as the Hancock Corridor. “When folks can’t build the largest dream home they can in Normaltown, they’ll head over to Hancock,” she said. “There’s definitely a domino effect that could happen here.” She called for a new zoning classification or overlay district for those neighborhoods.

One item that could get a second look is a proposal to raise Clarke County Health Department inspection fees, in some cases by as much as $50–$100. Link and Commissioner Allison Wright both expressed concern about the size of the fee hikes. They haven’t been raised since 2011, and Commissioner Andy Herod said he’d like to examine all such fees on an annual basis to avoid “massive increases.”