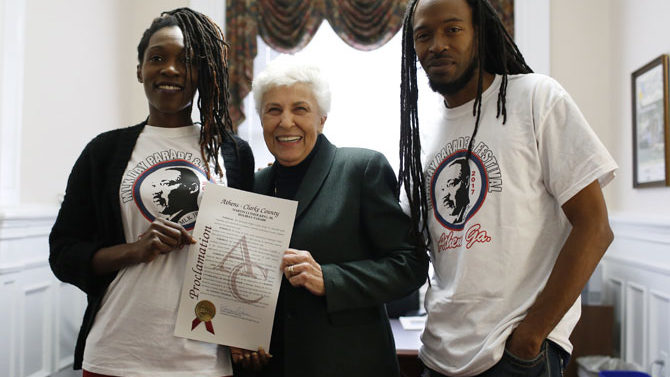 Phil Lanoue is gone, Jack Parish has taken over for now, and the Clarke County Board of Education is digging into its search for the next school superintendent.

The district has scheduled four public forums next week to seek “general input on characteristics desired in the next superintendent,” CCSD spokeswoman Anisa Sullivan Jimenez said. One for teachers will be held at 4 p.m. Thursday, Jan. 19 in the H.T. Edwards atrium. Two for the entire community will be held simultaneously at Cedar Shoals and Clarke Central high schools at 6 p.m. the same day. A fourth, specifically for parents, is scheduled for 4 p.m. Friday, Jan. 20 at H.T. Edwards. In addition, the headhunting firm CCSD hired to lead the superintendent search has posted an online survey at ecrasurvey.com/clarke.

Lanoue, who served as CCSD superintendent since 2009, was considered a rising star, improving graduation rates and winning the National Superintendent of the Year award in 2015. But a sexual assault at Cedar Shoals last February uncovered a troubling lack of transparency and accountability, and Lanoue announced in September that he would step down at the end of February. However, he ended up using accrued time off to quietly leave office over the holiday break. The board appointed Parish—a recently retired UGA College of Education associate dean and former Henry County superintendent—last month to lead the district through the end of the school year, when CCSD board members hope to have a new superintendent in place.

More public forums will be scheduled once the board has whittled applicants down to three finalists, most likely around late March.

Commission News: In a move designed to get commissioners, county staff and the public home in time for a late supper, the Athens-Clarke County Commission has moved up the start times of its voting meetings on the first Tuesday of the month and agenda-setting meetings on the third Tuesday from 7 p.m. to 6 p.m. So, remember to show up to City Hall early next time you feel like giving those jerks a piece of your mind.

The commission also tentatively approved a slate of sales-tax funded sidewalk projects—minus one on The Plaza, removed because it already has a sidewalk on one side of the street—and another list of upcoming SPLOST 2011-funded park improvements.