ACC Should Get Serious About Building More Sidewalks 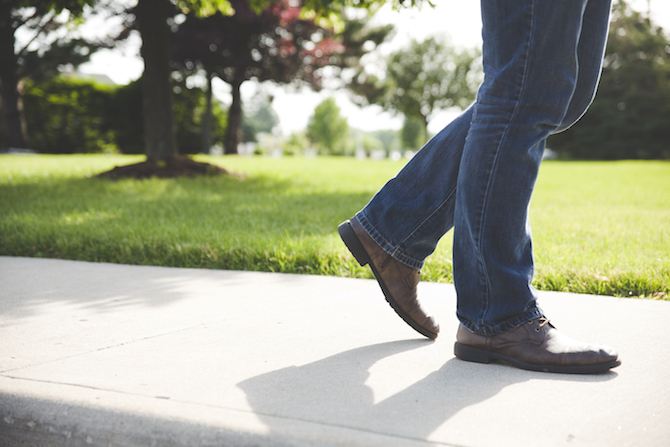 Decades ago, Athens’ first “bike path” consisted of designating one of Milledge Avenue’s sidewalks as a bike route. You can still see where the curbs were (very roughly) graded for bicycles. It wasn’t a great solution, and we’ve come a long way since then, but some bicyclists still ride on sidewalks out of safety concerns.

Bicyclists have been among the most successful government advocates—in Athens and elsewhere—in recent years; pedestrians not so much, although many bicycling groups, including BikeAthens, also advocate for pedestrians. Pedestrians take their lives in hand walking along or crossing corridors like Lexington Road and Atlanta Highway, or similar roads in Atlanta and elsewhere with many lanes for cars but no sidewalks at all.

Time was when sidewalks were built alongside streets as a matter of course; thus, most in-town Athens streets have sidewalks. But that goes back to the days of the streetcars; once automobiles became popular, and then ubiquitous (at least for those who could afford them), sidewalks ceased to be built in many places. Along with other drawbacks of the automobile—sprawl, danger, expense, depersonalization—came neighborhoods accessible only by car.

Finally, that has begun to change. Although Georgia’s auto-obsessed Department of Transportation historically balks at funding anything that isn’t a road, Athens-Clarke County began building sidewalks again in 1996. But the irony is, people don’t always want them. Just as some Atlanta counties long voted to keep MARTA out on fears of crime (and perhaps racism), some Athens homeowners would prefer to keep their neighborhoods inaccessible. Others fear losing a few feet of their front yards if a sidewalk is built.

Perhaps for these reasons, the sidewalks built in ACC have so far been in non-controversial places. The downside of this is that they have not always been built where most needed—for example, Whit Davis Road was picked even though it already had a sidewalk on one side.

There is a long list of places where citizens (and county department heads) have requested sidewalks. And there is a points system used by ACC Transportation and Public Works to evaluate those suggestions (but which favors those easiest and cheapest to build). The very first project chosen for a new sidewalk, years ago, was Magnolia Street, but it was canceled by commissioners when some homeowners objected.

Lots of money has been spent already, and more budgeted under SPLOST, to build new sidewalks. Commissioners have deferred to the points system (while revising it repeatedly) rather than push for specific sidewalks in their districts. But is the points system really objective? Is it getting us sidewalks where we need them? The evidence in my neighborhood is that it is not: Neither Jefferson River Road nor Vincent Drive is high on the list, although the need is obvious.

In recent years, political control in Athens has moved from near-total domination by local businesspeople to include wider influence by local bicyclists, environmentalists and even fair-wage activists, but perhaps most especially neighborhood groups, who, in response to unruly students, gave us one of the country’s most restrictive laws regulating how many unrelated people can live together, discouraging the density needed to make the most of infrastructure.

The sidewalks points system may soon be revised again and accompanied by a new Bicycle and Pedestrian Master Plan, produced by a consultant and a citizen committee. But there will always be homeowners who object to sidewalks or bikeways or greenways, just as there have been businesspeople who didn’t want to see a nearby bus stop or street median.

Building sidewalks and bike routes where most needed sounds good, but it won’t make everybody happy. If it is going to happen, commissioners will need the courage of their convictions.