A SPLOST For Schools Is On the Ballot, Too 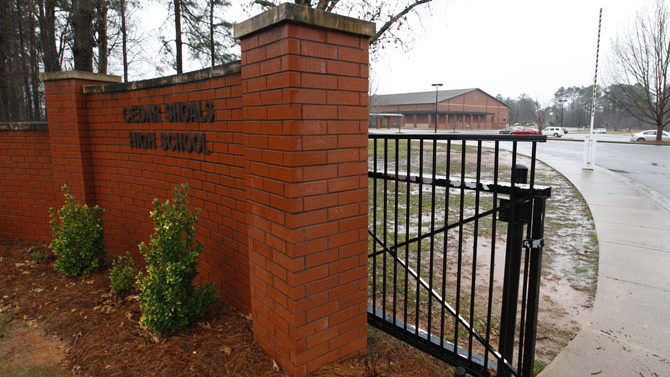 While the presidential election and, at least lately, the Opportunity School District constitutional amendment have dominated the local political conversation, there’s another important item on the Nov. 8 ballot: The Clarke County School District is proposing an extension of a 1 percent sales tax for education.

The current round of E-SPLOST paid for a new Whitehead Road Elementary; renovations and additions at Clarke Central High School and Barrow, Stroud, Barnett Shoals and Whit Davis elementary schools; new school buses and cameras on buses; and technology upgrades throughout the district.

If it’s approved, the latest E-SPLOST is expected to raise $112 million over five years. That money would be used to renovate and expand Oglethorpe Avenue Elementary—“our most shovel-ready project,” SPLOST Director John Gilbreath told school board members last week—renovate the county’s four middle schools and Cedar Shoals High School, buy more buses, fund further technology upgrades and build additions onto schools that are over capacity. CCSD enrollment has been growing a little over 1 percent per year, but growth exploded this year with about 600 additional students, bringing total enrollment to 13,700, Gilbreath said.

The tax would also fund the controversial renovation of the vacant West Broad School for district administration offices, which could displace the popular community garden and farmers market there, but that project has been pushed back several years as CCSD officials collaborate with the Athens-Clarke County government, Athens Housing Authority, Athens Land Trust and neighborhood residents on a master plan for the West Broad/Rocksprings/Hancock Corridor community.

New Superintendent: The Clarke County Board of Education wants to take a more active role in the hiring of a new superintendent to replace Philip Lanoue, who is stepping down in March.

The process is just now starting—the district has issued a request for proposals from headhunters to lead the search, and a committee of central-office administrators will be vetting those proposals and making a recommendation to the board. But some board members want to be even more involved and read all the proposals so they understand how finalists were chosen. A divided BOE voted Oct. 13 to open up meetings of that committee so board members can attend. (The media and the public, too, although let’s be real—ain’t nobody gonna want to go to those.)

Until a recommendation is made to the board, the bids are considered unfinished “work papers” and are exempt from open-records law. If the committee is made up solely of CCSD employees, the meetings are exempt from the state sunshine law, too. If board members attend, though, the meetings become open, but the documents remain outside the public realm, according to CCSD’s attorney, Michael Pruett. “It would be very difficult to have a public discussion of private information,” Pruett said.

However, Veronica Jackson, who handles bids and contracts for the district and will helm the committee, told board members she has no problem with making the meetings public.

Five of seven board members present—Greg Davis, Vernon Payne, Carl Parks, Sarah Ellis and Carol Williams—supported Davis and Ellis’ motion to open up the committee meetings to the public, although any board members who attend will not be allowed to vote. “Being involved from the beginning to the end is critical,” Ellis said, calling the hiring of a superintendent the board’s most important duty.

Linda Davis and board President Charles Worthy opposed the motion. Worthy called it “unethical” for the board to be involved, while Davis questioned whether the board should be involved at such an early stage. “All we’re doing is picking the engine that drives the train,” she said.

Other Stuff: Speaking of SPLOST (and acronyms), ACC has an online form that citizens can use to propose projects to fund with a 1 percent sales tax for transportation (T-SPLOST) that will be on the ballot next May. If you want that sidewalk or bike lane, get on it.

U-Lead Athens—a group that helps undocumented immigrants who are barred from attending UGA apply for financial aid to other colleges—recently received a $35,000 grant from Educators for Fair Consideration.

The Athens Citizens Climate Lobby and the Georgia Climate Change Coalition are hosting a town hall meeting on climate change from 6:30–8:30 p.m. Thursday, Oct. 20 at the ACC Library.

The Athens Anti-Discrimination Movement is redoubling efforts to convince downtown businesses to place stickers in their windows proclaiming they don’t discriminate. Meet up at 5:30 p.m. Thursday, Oct. 20 at the World Famous if you’re interested in pitching in.