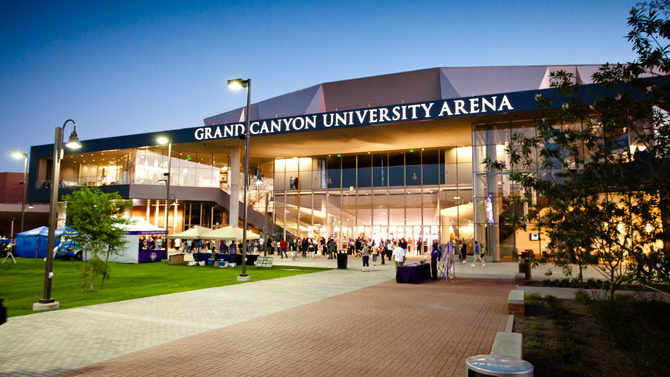 Make sure you get the extra-large tub of popcorn, because Athens is gonna be arguing about this for a while.

Classic Center Executive Director Paul Cramer is floating the idea of building a 6,000–8,000-seat arena on land off Foundry Street north of the Multimodal Transit Center. Such an arena could host concerts, trade shows, arena football, high-school basketball tournaments, even an NBA D-League team, according to Cramer. (Why stop there? If Cobb County can lure away the Braves, couldn’t we talk the Hawks into moving to Athens?)

The idea struck me as kind of ridiculous on its face. After all, Athens already has an arena—Stegeman Coliseum—and just two years ago the Classic Center spent a million bucks on a scoreboard and removable bleachers to turn its grand hall into a smaller arena for UGA hockey games and roller derby bouts.

Plus, where would the money come from? The next round of SPLOST coming up in a couple of years seems like a likely candidate. But when Cramer asked for $25 million in SPLOST funding to add onto the grand hall in 2010, he was met with forceful opposition from folks who did not want to wall off the area east of Thomas Street from the rest of downtown.

Cramer acknowledges that an arena might be a tough sell. “People fought and said no [to the expansion], but look at the end result of it”—65,000 room-nights from new and larger conventions and 600 new hotel rooms under development, he said.

“If you look at the number of people employed in hospitality, that’s something I’m very proud of,” Cramer said. (The entertainment industry, hotels and restaurants employ almost 10,000 people locally, according to the Census Bureau.) “We’re a town of haves and have-nots, and the have-nots are going to be employed in hospitality before anywhere else.”

An analysis by UGA College of Environment and Design students found that the arena could host more than 100 events per year, bringing in $8.5 million in revenue annually, with a $64 million economic impact. High-school hoops stars would love to show off their talents in UGA’s backyard, and people would come from hundreds of miles around to see major acts that currently don’t have anywhere to play in Athens, Cramer said.

“Forever we’ve been known as this music city, but wouldn’t it be great if we could get some of those bigger acts, bigger talent in?” he said.

Cramer’s also pitching the arena as a new centerpiece to bring back the long-lamented river district—a plan to develop the area between downtown and the North Oconee River that was abandoned in the wake of the Selig (now The Mark) development. He envisions the arena as glass—providing views of downtown, the river and East Athens and symbolically linking them—with a terraced park leading down to the river and a bridge connecting it to MLK Drive.

Meanwhile, the Athens Downtown Development Authority is exploring a more modest proposal for an outdoor amphitheater. UGA professor Jack Crowley’s downtown master plan includes an amphitheater built into the hillside on the same piece of the property Cramer is eying for the arena. Crowley’s proposal is a $12 million amphitheater, operated by the Classic Center, that could include 1,500–2,500 covered seats and lawn seating for an additional 2,500 people, with room to expand. (Cramer, however, said he’d prefer an indoor facility so events aren’t beholden to the weather.)

ADDA Executive Director Pamela Thompson is in talks with the UGA Carl Vinson Institute of Government to include the amphitheater’s potential in a study about the overall economic impact of downtown. But like the arena, it’s still in the very, very, early stages. The earliest stages.

“My board hasn’t even had the discussion [on] is it revenue-generating or a free-for-everyone outdoor activity?” Thompson said.

Yes, Thompson and Cramer are aware of each other’s plans and have discussed them. Maybe we can even do both. “It’s not a competition or even an either-or sort of thing,” Thompson said.

More Classic Center: Not all of Cramer’s plans are quite so ambitious. At the Classic Center Authority’s Aug. 23 meeting, he also floated a $2.4 million plan to expand the center’s parking deck. The plan, called “Enlighten Foundry Street,” would include 100 new parking spaces on two levels built on top of the deck’s Broad Street side, which could be leased to Voxpro, the Irish customer-service contractor that’s moving into the One Press Place building. It would also include a cafe on the deck’s second level and “affordable work spaces for young artists” along Foundry Street. “It isn’t something we’re going to race into tomorrow, but it is something we ought to think about,” Cramer said.

Historic Tours: The Athens-Clarke Heritage Foundation has announced a series of four walking tours of historic areas this fall, led by volunteers with first-hand expertise. Flagpole contributor Kristen Morales will lead a tour of Buena Vista Sept. 11; David Bryant will lead a tour of Pulaski Heights Oct. 9; Charlotte Marshall will lead a tour of Oconee Hill Cemetery Nov. 5; and former mayor Gwen O’Looney will lead a tour of Cobbham Nov. 13. The tours are $12 for ACHF members and $15 for non-members. Register here.

Bike Friendly?: Don’t laugh. Athens-Clarke County is seeking feedback on local bike infrastructure as part of an application to the League of American Bicyclists to renew the city’s Bicycle Friendly Community status. Fill out the survey here.