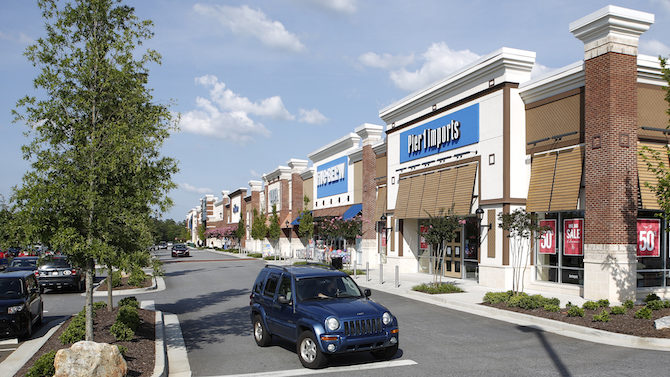 Since it opened three years ago, Epps Bridge Centre, the new outdoor mall on the Oconee Connector, has been sucking retailers away from Atlanta Highway. Mainly, this is because national chains prefer the newest and shiniest developments, and they serve a multi-county region, so it doesn’t matter to them which side of the line they’re on. But is Athens-Clarke County contributing to its own demise?

During a debate about the location of a new fire station on Atlanta Highway, Commissioner Mike Hamby asked that question at last week’s commission meeting regarding a mutual-aid agreement between Athens-Clarke and Oconee counties that covers fire service. “Is Oconee getting a free ride off our fire service?” Hamby asked.

Not really, according to newly appointed Manager Blaine Williams (who was confirmed by unanimous vote Apr. 5 at a $168,843 salary). Williams explained that mutual-aid agreements are common, and ACC has them with all of the surrounding governments. “It’s just, if they need us, we will come,” he said.

And if we need them, they will come. ACC has responded to fires in Oconee County 10 times in the past five years—none of the calls came from Epps Bridge—and Oconee has responded to four calls from ACC. For example, they stationed a tanker truck in western Clarke County last year when a massive water break knocked out the water pressure, Williams said. In addition, ACC has a separate agreement with Oconee County that requires Oconee to respond to fires at 100 properties that are closer to an Oconee fire station than ACC’s; in exchange, ACC responds to fires at the Caterpillar plant and in the city of Bogart, both of which lie partially in Clarke and partially in Oconee. The ISO rating in Oconee, which is used to set insurance rates, isn’t lower there as a result of the agreements, Williams assured the commission.

But, as commissioners Jerry NeSmith and Harry Sims pointed out, ACC has a professional fire department that Athens taxpayers spend $12 million a year on, while Oconee’s has a $500,000 budget and is staffed by volunteers. If you call Oconee, “they might get there to save the chimney,” Sims said.

“I think there is a free ride going on,” NeSmith said. “We need to revisit that for sure.”

Hamby asked for a work session on mutual-aid agreements. And it’s not the only issue that needs to be ironed out between ACC and its neighbor to the south. The Oconee County Commission recently approved a rezoning for phase two of Epps Bridge Centre across the connector from phase one—and directly across McNutt Creek from the Kingswood subdivision, whose residents’ objections about traffic, light and noise fell on deaf ears.

NeSmith and Hamby also addressed the status of Atlanta Highway at an Apr. 4 Federation of Neighborhoods meeting. As he’s been doing for months, NeSmith said we should accept the fact that Atlanta Highway is an auto-centric commercial corridor and change the zoning to reflect that fact.

Hamby disagreed. Residents along Atlanta Highway want walkability. Beautification efforts like the recent planting of wildflowers are important, too. “We can’t out-Oconee Oconee,” he said. “But we can play to our strengths here.”

But back to the fire station: Hamby and NeSmith expressed concern that the new station, which is 1.7 miles west of the existing one, would mean fire trucks would take longer to get to some neighborhoods, but Williams said trucks from the Five Points and Oglethorpe Avenue stations could also respond, and ISO ratings would not rise.

In the end, the commission voted to spend $450,000 on 7.6 acres on Burton Circle over the objections of Commissioner Melissa Link, who said the county was “getting swindled,” although they had previously authorized the purchase price in closed meetings, Williams reminded them. Still undecided is whether a new UGA Extension Service building, also funded by SPLOST, will be built on the same site. Doing so would save money, but some commissioners believe the tucked-away industrial site isn’t suitable for a building the public will need to access.