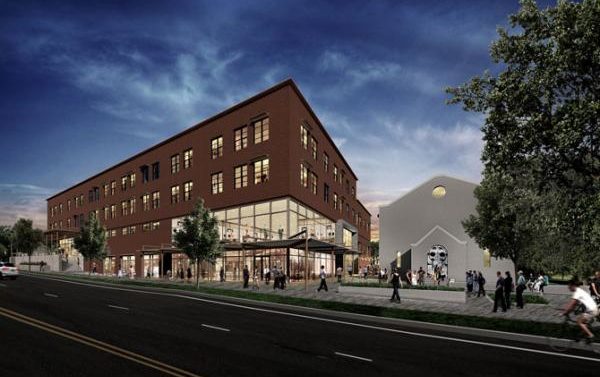 Winslow Park’s developer, Walton Georgia LLC, is a Canada-based investment company whose mostly Asian investors have also bought large tracts in Barrow and Jackson counties, according to the Barrow Journal.

If ACC commissioners agree with the Planning Commission’s recommendation, the development will comprise a 30-acre shopping center with a supermarket, fast-food restaurants, retail shops and a bank; behind them, on nearly 200 acres, new streets will lead to 325 new homes (some fronting on an existing lake) and 475 apartments.  Developers want the county’s permission to build the homes on cheaper concrete slabs, rather than crawl spaces. That’s the only way they can sell in the low $200,000s, they told planning commissioners.

Commissioner Lucy Rowland opposed the plan, wanting more connected roads in the area rather than just strip development along Atlanta Highway. “It’s turned into a nightmare corridor,” she said. “It’ll continue to deteriorate… These sorts of development are just more sprawl.”

And despite opposition from several neighbors, planning commissioners endorsed the proposed redevelopment of St. Joseph Catholic Church and school on Prince Avenue. (The church is relocating to Epps Bridge Parkway, on the Clarke County side.) St. Joseph’s existing buildings will be torn down, except for its corner sanctuary (which will become a restaurant). Two boxy four-story brick apartment buildings (“similar in design and scale with the Bottleworks across the street”, planning staffers said) will be built facing Prince, with ground-floor retail, plus eight smaller apartment buildings on the six-acre site.

The 146 one- and two-bedroom apartments won’t be marketed to students—who want larger apartments and “a lot of amenities like an infinity pool”, Rowland noted—although a pool, roof-top terrace and gym will be included. “I think this is probably about as good as we can get,” Rowland said, and will make a good transition from downtown to Prince Avenue.

Planning commissioners praised the developer’s willingness to talk to neighbors, some of whom, including the Boulevard Neighborhood Association, generally praised the plan. But, that group said, it also highlights the vulnerability of residential neighborhoods to traffic and intrusion from increasingly large commercial developments built next door.

Lisa Kelly of Barrow Street decried the “uninspired cement-sided rectangles” and asked whether “domineering infill which overshadows all of their residential neighbors” will become the new standard for Prince Avenue. She praised the “brilliant marketing on the developer’s part by pushing community hot buttons” like suggesting a small grocery store and workforce housing,which “may never materialize… Is that the new slogan of our Classic City? ‘Athens, Georgia: It could be worse’?” she asked.

While the developer agreed to foot the cost of a new traffic light, one is unlikely to be needed, Planning Director Brad Griffin said.

There were no public comments on the proposed expansion of the Eastside Kroger. The existing Kroger and vacant K-Mart would be demolished, along with the adjacent stores, and a larger Kroger and new strip shops rebuilt. Kroger is requesting several waivers for the project: not to install any porous pavement—which is too rough for shopping carts, its representative said—and has agreed to plant numerous trees throughout the parking lot. Planning commissioners approved unanimously, but were not so kind to Kroger’s proposal to build offsite gas pumps and a convenience store near its Alps Road store, some blocks away at the corner of Baxter Street and Baxter Drive, at the former DaVinci’s Pizza. While some had hoped a coffee shop might be included in the convenience store—and a couple of planning commissioners regreted turning down a proposal for a location that seems to be a hard sell for business uses—the recommendation to deny goes now to ACC commissioners.

Community Will Move to a New Location this Summer