Walking on Dougherty, on Hancock, on Pulaski and at Kroger 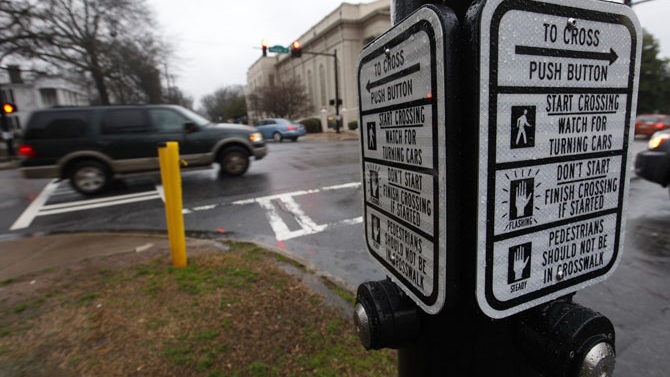 Some Athens-Clarke County commission meetings play to nearly empty rooms, but last week’s meeting attracted a chamber full of citizens, and many of them had something to say—including residents of gentrifying parts of town who fear that rising home values will make their rent or taxes unaffordable.

“I increasingly feel that I may get pushed out of my neighborhood,” said Gloria Moses, who lives on Minor Street off Baxter. “My neighbors have been visited in their homes by white people who want to know if they are selling. Most of the people who share these stories with me are older people who are on a fixed income… If the rents continue to rise, we will only see more displacement.”

Others asked commissioners to reconsider charging a local nonprofit $392 a month for its use of a county-owned building. Hancock Community Development Corporation—which has grown into a national organization with a half-million dollar budget—counsels citizens for free about housing and mortgages and provides youth services and job training, mostly without local tax support. “We can find money for everything else… If you don’t deal with it on the front end, you deal with it on the back end,” John Clark told commissioners. “If you push poor people out, where will they go? It increases our crime rate, our incarceration, and it appears that we have a state now that really has no concern about anybody who has nothing, but it’s about the dollar.”

Several speakers asked commissioners to respond to complaints of discrimination by downtown bars by passing an anti-discrimination ordinance and forming a human relations commission. That could make Athens-Clarke “a beacon of progressive hope in Georgia, a place that I’m a little too often ashamed to be from,” said Adam Veale, who has lobbied state legislators on behalf of Athens for Everyone. “There are several bills that I can think of that would codify discrimination in the state of Georgia.” Several commissioners responded that, while the ACC commission has already passed a resolution condemning discrimination, it will look also at enforceable actions (perhaps tied to renewing liquor licenses). County attorney Bill Berryman is considering how the county might write an effective ordinance, Commissioner Jerry NeSmith noted. “Be assured he’s moving along. He’s looking at all the options. He’s exploring what’s viable, what’s supportable, what’s defendable.”

Restriping Dougherty Street from five lanes to three (with 72 wide, metered parallel parking spaces added along both sides of the street where space permits) was approved unanimously, and painting will begin immediately. The changes “will increase vehicular delay, but still within an acceptable range” along Dougherty (where delays and accidents are already low), a Transportation and Public Works Department report said. Crosswalk lights for pedestrians will be added at two intersections that have no stoplights. The changes will make the street much easier to cross and safer for bicyclists (although bike lanes are not included), several commissioners and citizens said. BikeAthens Director Tyler Dewey asked commissioners also to update the county’s long-dormant Bicycle Master Plan; neighborhood activist Tony Eubanks asked that pedestrian safety improvements (like flashing signals “at every crosswalk in town”) be funded routinely.

“Probably the No. 1 request that we get as commissioners is for traffic calming in our neighborhoods,” Commissioner Melissa Link said, but “there are a lot of streets out there that might not quite meet” the county’s threshold of 800 cars per day moving at least 37 miles per hour in order to add speed humps. Commissioners voted to ask Public Works staffers to propose new, lower criteria; Link proposed also adding more four-way stops to slow traffic down, and restricting very wide driveways.

And while commissioners do seem inclined to allow limited-use “accessory buildings” to be added on residential lots, they balked at including kitchens in such structures—“There’s a difference between a guest house and a spare bedroom,” Commissioner Mike Hamby said—and sent the proposal back to planning commissioners for more details (including a limit on the maximum size of such buildings). Allowing supplementary structures, “that mother-in-law suite or the hobby garage or the extra bedroom,” could allow homeowners “to invest in the property that they have, so that they’re not moving out. They’re able to adapt and modify the existing house as well as an accessory building so that… they’re staying there and it’s not being bought out and torn down,” Commissioner Allison Wright said. [John Huie]

Beg Buttons: It’s a minor issue, but one that illustrates why some people believe ACC prioritizes cars over people: The new “beg buttons” installed at crosswalks at the Hancock Avenue-Pulaski Street intersection.

Previously, pedestrians got a “walk” signal at that intersection automatically. Now they have to press a button or the crosswalk signal won’t change—essentially “begging” to be allowed to cross the street. (Officially, these are known as “actuated traffic signals.”)

Commissioner Melissa Link wrote to Acting Manager Blaine Williams last month to complain about the new signal, saying she was “particularly disturbed” by it since Transportation and Public Works Director David Clark had recently agreed to extend the crossing time on Hawthorne Avenue at Old Broad Street, where a pedestrian was recently killed. “Beg buttons” are dangerous because they’re confusing to people who wait for the “walk” signal, never get one, start to cross and get caught in the middle of the street when the traffic light changes, she wrote.

Williams called the issue “an emotional topic for some.” Non-actuated signals (the ones on timers), he wrote, are inefficient because they can’t be adjusted depending on traffic, leading to cars becoming backed up on Pulaski in late afternoon. But since many intersections now have cameras that detect vehicles, green lights can be allocated based on traffic rather than set for a certain length of time. But those cameras don’t pick up pedestrians well. Actuated signals can also decrease wait time for pedestrians, with the trade-off that they have to press a button, according to Williams.

“There have been continual accusations that staff has some type of agenda favoring automobiles, which I feel is unfair,” Williams wrote. “We have very capable staff that follow both the Mayor and Commission’s prescribed policies as well as sound traffic engineering principles in designing and maintaining our multi-purpose transportation infrastructure. The Mayor and Commission certainly have the prerogative to develop other policies to direct staff actions, should you so desire.”

Complete Streets Athens—the transportation lobbying group co-run by Eubanks—posted a message on its website saying that beg buttons make walking downtown less safe. They agreed with Williams, in a way. “It is up to our commission to decide if they want a walkable community,” the post says. “And it’s up to you to let them know walkability is important to you—they certainly aren’t going to push for it unless you demand it.” [Blake Aued]

Go Krogering: After ACC planners raised more than 20 objections, just before last Thursday’s planning commission meeting Kroger pulled its plans to demolish the College Station shopping center (including the long-shuttered Kmart) and replace it with one of the grocery chain’s Walmart-sized new stores like the one by Athens Tech.

The new development—acres of parking, a 36,000-foot strip mall, a gas station and several outparcels in addition to the 116,000 square-foot standalone Kroger—would somehow manage to be even more auto-centric than the existing plaza or Georgetown Square (the Publix shopping center) next door.

Among the waivers Kroger was seeking: The company doesn’t want to plant as many trees as required, wants to pave over more of the 19-acre property than is allowed, doesn’t want to lay down pervious pavement that reduces runoff pollution and doesn’t want to install a bus stop on the property.

Planning Director Brad Griffin said Kroger is expected to refile plans this week for the Apr. 7 planning commission meeting—when the advisory board is also expected to look at revised plans for the St. Joseph development. [BA]

Not-So-Open Records: Government agencies often use the tactic of dumping a shitload of documents (with accompanying exorbitant fees) on reporters who request them through the Georgia open records law. That may or may not be what’s happening here, but Flagpole’s request to the Clarke County School District for communications among district officials regarding the Cedar Shoals High School sexual assault in January turned up 7,100 pages of emails that would cost us more than $1,300 for retrieval, copying and redacting to access. By eliminating a search term we were able to reduce the cost to $628—which is still a hell of a lot of money for a little weekly paper.

Not that it matters. Later, Assistant Superintendent Ted Gilbert, citing an obscure exemption in the law, told us that “all or most” of the documents would be withheld until 10 days after an internal investigation into the incident had ended. That investigation, so far as we know, is ongoing a month after it began. Stay tuned. [BA]