Let’s Talk About Whether Superintendent Lanoue Should Stay 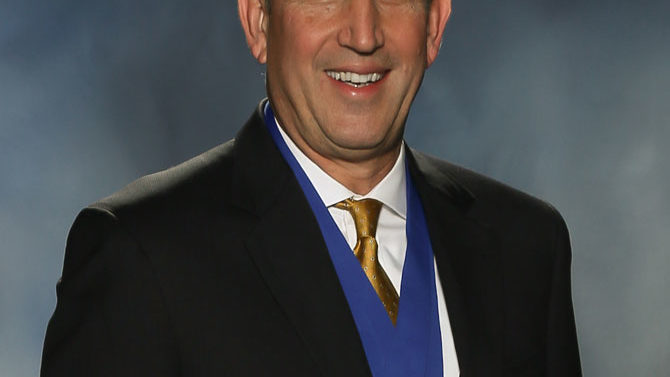 The Fulton district announced last month that Lanoue, the 2015 National Superintendent of the Year, was the sole finalist to head up the state’s fourth-largest system. A two-week public comment period came and went, though, without the board formally offering Lanoue a job.

On Tuesday, Feb. 23, the Alpharetta-Roswell Herald reported that Lanoue had asked the Fulton school board to delay hiring him until he dealt with the scandal surrounding the Clarke County School District’s mishandling of an alleged sexual assault at Cedar Shoals High School. (In case you hadn’t heard, three students were accused of raping a 15-year-old classmate and weren’t suspended or arrested for three weeks, and students, parents and teachers weren’t notified for nearly a month.)

“We agree there are unanswered questions, and we, too, would feel more comfortable moving forward as those questions are answered,” Fulton board President Linda McCain said.

The next day, Lanoue announced to CCSD parents and employees that he’s staying on. “These past few weeks have been incredibly difficult, and it’s clear to me that while we have made incredible strides, there is still much to be done,” he said in an email. “This community is one that rallies behind its schools, in good times and in bad. This is where I want and need to be.”

The question everyone’s asking, of course, is whether Lanoue really withdrew or was told to withdraw. If it was the former, is he coming back to repair the district or his own reputation? We’ll probably never know.

Lanoue never officially tendered his resignation, so coming back requires no action by the Board of Education, CCSD board President Charles Worthy said. “He has two years left on his contract, so we don’t have to do anything,” he said.

Worthy said he, personally, is “happy to see him back,” but he can’t speak for the board, and he declined to comment on the Cedar Shoals situation. “That is an administrative management thing that is being handled by the superintendent,” he said.

Love him or hate him, this community needs to have an open discussion about whether we even want Lanoue to continue running our school system. While he’s done some positive things—technology, emphasizing the achievement gap, vocally opposing wrongheaded state policies—we should ask ourselves whether he’s the man to fix the systemic breakdowns that have been exposed, or whether he’s irrevocably lost the trust of outraged parents and cowed teachers.

We need to hear from our elected officials, the school board, on this, but they’ve been almost completely silent. Although they don’t have to, they should hold public hearings on Lanoue continuing on as superintendent and tell us if they support him and why.