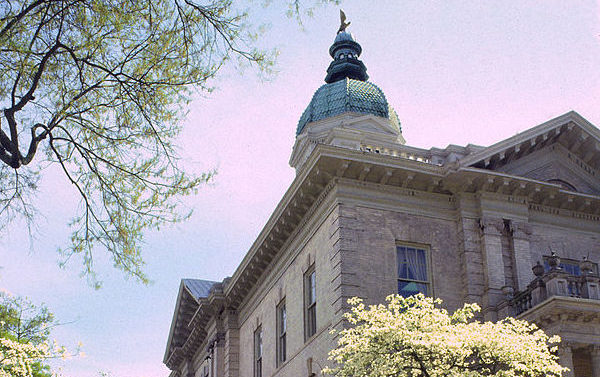 Have downtown bars become those often-mocked politically correct “safe spaces” (safe from diversity, that is)? Sure looks like they’re trying to be—with dress codes that ban tattoos, earrings, black shirts and, according to many complaints, black skin.

Athens-Clarke County commissioners took a first step Tuesday toward a local anti-discrimination ordinance to supplement federal civil rights laws by unanimously passing a resolution. But some bar owners are pushing back.

“If you just allow anybody into the bar, that’s when you start having crime,” Jerzees owner Mitch Jordan, who spoke at the meeting, told Flagpole. Dress codes keep “troublemakers” out of bars to prevent fights and thefts, he said. But it goes beyond that, Jordan acknowledged. “I got turned away from a bar in Athens because I’m too old,” he said, while Little Kings last year began barring anyone under 25 on weekends. And it’s not just Athens, Jordan said; “all across the country,” bars try to pick their clientele. In Athens, “there are bars that consider themselves Greek-only.”

9d’s owner Mark Bell (son of Commissioner Diane Bell) attended Tuesday’s ACC commission meeting to ask commissioners not to single out the bar industry when they write an anti-discrimination ordinance. He told Flagpole he too was refused entry to an Athens bar—he wouldn’t say which one—for wearing earrings. Bell said 9d’s posts its dress code explicitly, so it won’t be viewed as discriminating based on race or personal characteristics.

But some UGA students have found downtown bars unwelcoming, to say the least. In dozens of incidents collected by UGA’s Student Government Association through various student organizations, students—especially black students—recalled being denied entry to bars. In many cases, the students said, similarly-dressed white students were allowed in. Here’s a sample of the stories the SGA collected:

• ”Encountered discrimination at Whiskey Bent with a black male (I am a white female) who adhered to the posted ‘dress code’ while in line by removing his jewelry… but the door guy denied him with no reason. He is a student-athlete at UGA but often avoids the downtown bars because of similar discrimination at many places.”

• ”I was denied access because of my dress, and the bouncer [at Double Barrel] said, ‘We don’t let fags in here.’”

• ”A bouncer kept out a group of African American women from [the Silver Dollar] with the excuse that they were wearing crop tops—my friend and I (both of whom are white) were just let into the bar and we too were wearing crop tops. I was not the victim in this situation, but want to make sure this incident is shared.”

• ”My friend was kicked out of the bar for being gay. He was a guy who kissed another guy at the bar, and the bouncer told them to leave.”

• ”Everyone was accepted [at 100 Proof] except my black friends. They were all denied. When I asked the bouncer why he denied them, he said because they were wearing earrings. I pointed and said my white guy friend was also wearing earrings. He shrugged his shoulders.”

• ”In front of our group… were all African-American and all relatively young…. The bouncer looked back nervously for another employee. A second Boar’s Head employee walked up and began to tell the group ‘Sorry, tonight is students’ night’…. The group said they were not students, they were locals. The bouncers told them they couldn’t get in…. When it was our turn to get in, the bouncer said NOTHING about a ‘student night.’”

ACC commissioners, unsympathetic to discrimination by bars, unanimously passed a resolution calling on “all businesses” to “act in a non-discriminatory fashion with regard to race, color, sex, sexual orientation, gender identity, religion, national origin, citizenship, age, disability or pregnancy” and asked ACC’s manager and county attorney to recommend how to enforce compliance, including making liquor licenses contingent on nondiscrimination.

“If there is discrimination, it would have to be proven,” said county attorney Bill Berryman, whose office will consider how to establish proof. (Federal civil rights law bars discrimination, but enforcement is difficult.)

“I don’t think we can legislate how people feel about each other in their hearts, but we can certainly enforce the law,” Commissioner Andy Herod said.

New Manager: With longtime Athens-Clarke County Manager Alan Reddish retiring at month’s end and no old hands left in the manager’s office—how will the transition to a new manager maintain continuity and perspective? Assistant manager Blaine Williams, hired three years ago to replace the retired Bob Snipes, will take over as acting manager while Mayor Nancy Denson advertises for a new manager, who must then be approved by commissioners.

The job is always vulnerable to politics—Reddish’s predecessor was fired by then-mayor “Doc” Eldridge for hiring a white department head after Eldridge had promised constituents a black one—and Denson once considered firing Reddish for perceived budget or pay slights dating to her time as tax commissioner.

What will Denson consider when choosing a new manager—community concerns or insider ones? Management decisions like Reddish’s recent pick of a new police chief can have far-reaching community consequences. Reddish also got the county through a serious drought without over- or under-reacting; county budgets appear in good shape (including funding of future pensions). But his reorganization of the sprawling Leisure Services department was not so successful.

The new manager may have no local experience to draw on. The acting manager is practically a newbie here himself, and Reddish (who says retirement should be planned just like a career) will be gone. Experience, then—and perhaps power—will mostly reside in the government’s longtime department heads and  staffers (whom the manager oversees) and in the elected commissioners.

Roundabout Gets Thumbs Up: Apparently drivers like the new roundabout on Tallassee Road, Commissioner Jared Bailey said Tuesday night. “There was some pretty strong opposition” before it was built—people unaccustomed to roundabouts wanted a stoplight instead—but “I’ve been receiving very positive feedback on it,” he said, even from people who were “vehemently” opposed.