The Eastside Doesn’t Have to Be the Leastside 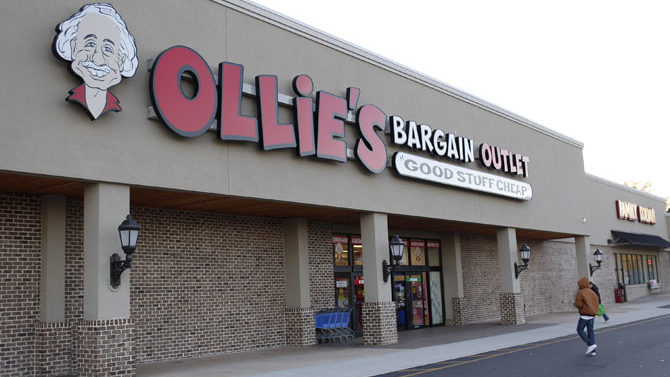 Eastsiders have always viewed their part of town as sort of the red-headed stepchild of Athens. While downtown and intown neighborhoods on the Westside seem to get all the love—from both businesses and the local government—the Eastside, like Atlanta Highway, has been seeing more than its fair share of decay lately.

Broadly speaking, the Eastside is seen as a place that lacks an identity. Conversation is shifting toward how we can take advantage of what the Eastside has to offer to help it live up to its potential. An Urban Land Institute report commissioned by a Lexington Road study committee and released in late October details strategies for bringing growth to the Eastside, and the civic group the Federation of Neighborhoods held a panel discussion on the same topic a few weeks ago.

“The option of doing nothing will lead to further decline,” says the ULI report, written by outside experts in planning, real estate and development. “This area must grow or die.” Here’s how all the pieces could come together.

Retail: Lexington Road is a prime commercial corridor anchored by Walmart, Lowe’s and Ovation Cinema, which serve not only 30,000 Eastside residents, but also those from neighboring Oglethorpe County. It’s also dotted with empty big boxes, like the old Kmart, due in part to demographic changes (students moving away) and corporate downsizing, leaving Eastsiders with fewer shopping options. “If you want a tie, you have to drive 20 minutes across town,” said Commissioner Sharyn Dickerson, who represents the area along with Andy Herod.

Some of those big boxes are being filled; for example, by the Ollie’s that recently opened in the once-failing Willowood shopping center, where a Goodwill opened a couple of years ago. A recently approved zoning tweak to the Walmart shopping center allowing outparcel buildings to face Lexington Road will make finding tenants easier. Aldi is still poking around.

Much more can be done to spur commercial investment, though. Better transportation, new housing options and tax subsidies could all play a role. For example, ULI envisions Athens-Clarke County capitalizing on the craft-beer craze by using tax incentives to put breweries in vacant big boxes, potentially drawing tourists to the area. The University of Georgia’s new veterinary teaching hospital could be an industry hub, too, just as human hospitals are for the Westside.

Transportation: New businesses won’t be enticed to the Eastside unless customers have a way to get there, and an online survey of more than 700 local residents cited traffic as a major problem. Step one is fixing the Loop interchange at Barnett Shoals Road, and the Georgia Department of Transportation—right now, at least—is planning on tackling that in the next couple of years. “It’s been in GDOT’s plans to rebuild it since God was a child, and they’ve finally got the money to do it,” Herod said.

Cars, of course, are just one mode of transportation, and not necessarily one we want to encourage. The ULI report also recommends express buses, as well as a system of trails. Finally, the long-awaited Firefly Trail between Dudley Park and the Loop is under construction, and the North Oconee River Greenway in a few years will extend through campus to the College Station Road area. The ULI report goes further, recommending a multi-use path along Lexington Road. The path would connect Firefly Trail, the greenway, the park-and-ride lot and a “wellness node” with a new park to downtown and the commercial nodes further east.

Left unresolved is the way the Loop and the Eastside’s four- and five-lane roads slice up neighborhoods, making them less walkable. In particular, Lexington Road is difficult to cross and the Loop is nearly impossible. People try all the time, but they’re risking their life. They shouldn’t have to.

Housing: The Eastside has an aging housing stock, with single-family neighborhoods that date back to the 1960s and former student apartments of around the same age that have become Section 8 complexes, leading to a perception of crime, even if the crime rate is actually low, according to the ULI report.

Housing for retirees is a hot topic, and ULI sees the area near Walmart and Southeast Clarke Park as perfect for a senior-oriented development. Likewise, developers are building plenty of expensive intown infill, but not enough new housing for young families “who can’t afford a $500,000 mortgage quite yet,” Planning Commission Chairwoman Alice Kinman said. A $150,000–$200,000 price point is ideal, according to ULI.

The Airport: One of the Eastside’s most overlooked assets is Athens-Ben Epps Airport. While it currently lacks a commercial carrier, it does a brisk business in general aviation, especially charter and corporate jets flying executives on business trips to Athens. Without the airport, we’d never have landed Caterpillar.

“Those planes are in and out of the Athens airport quite frequently,” Airport Manager Tim Beggerly said. “We’re one of the busiest small airports in the state,” with about 100 flights a day. A new air-traffic control tower and a recent runway extension that’s safer and lets jets fully fuel up before taking off will make Ben Epps even more attractive.

Now if we could just get a commercial carrier. It’s tough, since the few remaining major airlines don’t want to fly small planes out of small cities anymore, especially since Atlanta is nearby. But that leaves an opportunity open for entrepreneurs to take over those “puddle jumper” services, Beggerly said. The airport also needs better signage, ULI told us, but commissioners, knowing we were about to lose our airline, scrapped plans for a highly visible Lexington Road entrance and scaled back a planned commercial terminal.

Cleaning Up: A lot of the ideas for the Eastside are long-term, but one quick and simple thing to do is just spruce up the joint a bit—some planted medians and public art, for example, would not only make the Eastside easier on the eyes but help “brand” it. “If things look like crap, you don’t want to be there,” Herod said. “That’s a technical term we use in government.” An easy place to start would be all of the ACC buildings along Lexington Road, like the police station and the tag office.

Many of ULI’s recommendations, the authors said, can be achieved within three years, including right-of-way acquisition for trails, beautification, zoning changes and putting tax-incentive tools into place. That is, if someone (Herod? Dickerson?) takes ownership and keeps all the lines of communication open. Our biggest weakness as a city isn’t planning, but the political will to follow through.

“There’s no shortage of vision, no shortage of opportunities,” said David Hamilton, the Federation of Neighborhoods moderator and former president and a Cedar Creek homeowner. “How we make that a reality is how we tend to run into a brick wall sometimes.”