Fighting Racism in Athens Isn’t a Lost Cause 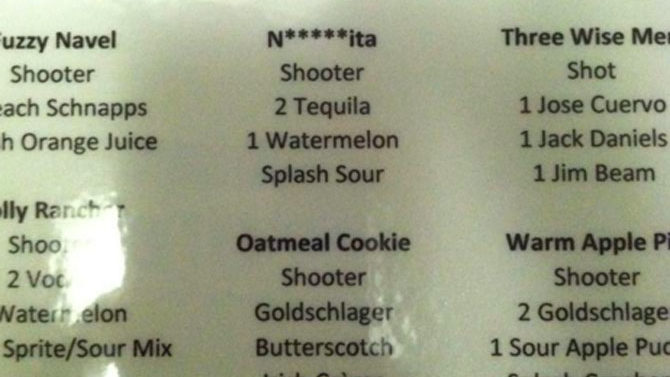 Fifteen years ago, as a student at the University of Mississippi, I was involved in an effort to remove the Confederate emblem from the state flag. We failed miserably. But a week ago Monday, Ole Miss took down state flags flying on campus, because they incorporate the Confederate flag. I’m often embarrassed for my alma mater, but on that day I was proud.

On the same day, here in Athens, an employee at the Confederate-themed bar General Beauregard’s went to a local print shop to have a list of drink recipes laminated. The list included a watermelon-flavored “shooter” called a “N*****ita.” (Complete with asterisks, though as the website Jezebel noted, why bother?)

On that day, most of us were embarrassed to call ourselves Athenians.

It all started when a print-shop employee posted a photo of the bartender cheat sheet on Facebook and vented about how disgusted he was by the drink name. It quickly spread on social media, with angry Athenians creating macros calling for boycotts and urging people to tell local officials to shut down the bar. (Many referred to it as a menu, which will become key later.)

The following morning, General Beauregard’s owner Daniel Simmons emailed a statement to Flagpole: “We had absolutely no knowledge of, and would never condone, this image that is claimed to be our drink menu. However, to be absolutely clear, we do not provide our customers with a drink menu with the exception of limited specials offered on chalk boards displayed openly by the front door and behind the bar. The circled drink included in the picture is not something we have ever served to customers or advertised and would never be approved by ownership. We are investigating the origin of this photograph, and will take appropriate action to resolve this matter as needed.”

Some questioned whether the image was a hoax. On Friday, Simmons and co-owner Dominick Gardner came clean: The drink recipe exists, they acknowledged to the Athens Banner-Herald. They claimed they had no knowledge of it prior to the social-media outburst and that no one had ever ordered or served it.

Hours after Flagpole posted its initial story last Tuesday morning, it had spread everywhere. A dozen national websites and two Atlanta TV stations picked it up in the following days.

That night, General Beauregard’s didn’t open up. It didn’t open Wednesday, either, leading to speculation that the bad PR had forced it to close for good. The bar’s social media presence vanished, too, but not before critics dug up more damning images off its Facebook page and Twitter feed advertising “Club Noregard” April Fool’s Day parties where (presumably white) patrons were urged to dress like pimps, drug dealers and rappers, reminiscent of those blackface fraternity Halloween parties that pop up in the news every year around this time.

“We’re not trying to be racist,” Simmons told The Red & Black when the bar opened in 2003. And he and Gardner apologized for the shot name. But this bar—whose whole business model is based on serving a clientele that’s nostalgic for the time of slavery—has been a blight on downtown for 12 years. For most of that time, it prominently flew the Confederate flag—adopted long ago by the KKK as a symbol of segregation—only removing it after the Charleston, SC massacre of nine African American churchgoers.

The “N*****ita” story prompted others to share more tales of racist behavior at General Beauregard’s and downtown in general. One UGA graduate student said that a General Beauregard’s bartender spit on her and her then-boyfriend as they walked down Clayton Street four years ago because they were an interracial couple. And many African American students say some student-oriented bars use selectively applied dress codes to keep them out.

Meanwhile, Gardner and Simmons said the bar (named for Confederate general P.G.T. Beauregard) was merely closed for the week of fall break; it was to reopen Monday—and it’s keeping its Dixie theme.

There are bigger issues here than an offensive shot name. If local businesses are discriminating against African Americans, that’s against federal law. The Department of Justice should do something about it, and so should Athens-Clarke County.

Right now, there isn’t much ACC can do, though. Anyone who’s 21 and a legal U.S. resident with a clean record and $5,000 can walk into the ACC Finance Department and get an alcohol license.

That might change. Several city officials said that, in the wake of this controversy, they’re going to take a hard look at the downtown drinking culture and are exploring their legal options to take action against bars that discriminate.

For all its faults, Ole Miss has done a lot to come to grips with its painful legacy. In Athens, we rarely give it much thought. Perhaps because we’re so progressive in so many ways, we think we don’t need to. But we do. Our neighborhoods are segregated. Our minority communities are impoverished. And not all of our students feel welcome in the heart of city. If Ole Miss can change for the better, so can we.

Student Housing: Downtown continues to turn into a de facto UGA dorm, as Athens-based CollegeTown Properties is turning the old Junkman’s Daughter’s Brother building on East Clayton Street into five five-bedroom apartments. CollegeTown Properties owns hundreds of student-oriented houses and apartments units all over town (as well as in Clemson, SC), and is the same company that’s renovating the White Columns apartment building on Hancock Avenue.

Big Data: Community Connection is nearing the end of a more than year-long project where they’ve gathered information on people who seek social services in Athens and built a database aimed at helping local nonprofits provide those services more effectively. A rollout and training session will be held at noon Thursday, Nov. 5 in the Athens Regional Medical Services Building (off King Avenue south of the main hospital). RSVP on Facebook.