Will This Five Points Subdivision Be for Seniors or Students? 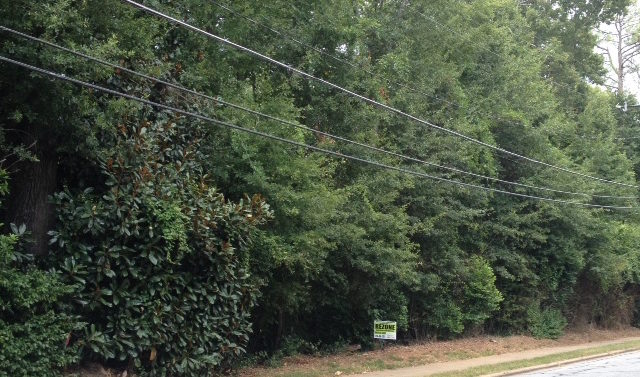 The ACC Planning Commission recommended approval of a 14-unit retirement community last week over the objections of neighbors who are concerned the development is really just more student housing.

Local developer Jared York proposed the development—consisting of three quadruplexes and one duplex—for a three-acre lot near the intersection of Springdale and Rocksprings streets. He is asking for a rezoning and four zoning-code waivers to build the subdivision.

Bob Smith, a land planner working with York, described the upscale “villas” as aimed at homeowners who want to downsize and “age in place.” As architect Katrina Evans noted, Athens routinely makes lists of best places to retire, but there are few communities specifically for seniors.

“If we have a housing need, this is the greatest housing need we have,” said planning commissioner Maxine Easom.

But neighbors are wary—especially since York has a track record of misleading residents. They want him to write age restrictions into the subdivision’s covenants, but he has refused. That’s led neighbors to believe he will pull a bait-and-switch, and the units will end up being purchased as game-day party pads, rental investments or by parents for their children attending UGA to live in.

“Anyone, any age, can purchase a property and live there,” said former ACC commissioner Kathy Hoard, who lives on Springdale Street.

Planning commissioners dismissed those concerns. “I can’t see parents buying a half-a-million-dollar house, having their kid tear it up for four years, then try and sell it,” said David Finkel. (Editor’s note: But I can!)

Others, including Athens-Clarke Heritage Foundation Executive Director Amy Kissane, criticized the design as overly dense to serve as a transition into a nearby historic district and lamented the project would cause the loss of one of the few remaining 19th Century homes in Five Points. Supporters countered that it is appropriate, because it’s bordered by businesses and an apartment complex.

York said he wanted the planning commission to make a decision at its last meeting so he can complete the subdivision in time for the spring selling season. Planning commissioner Lucy Rowland, saying the plans were much improved since the last go-around, made a motion to hold the request for a second time to address some additional issues, but she was voted down.

The ACC Commission is scheduled to make a final decision Sept. 2.