The Beer Jobs Bill and Other Crossover Day Highlights 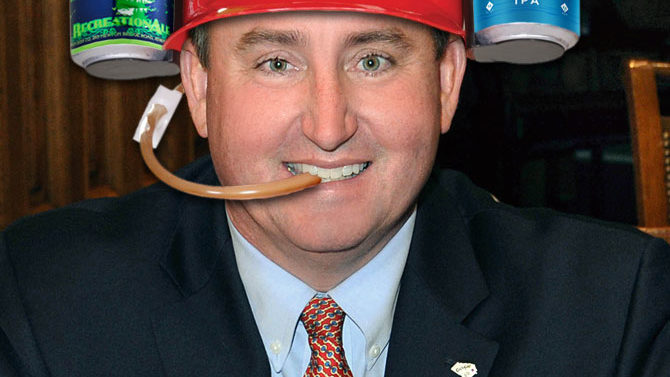 Friday was a key day in the legislative session, as it was (for the most part) the last chance for a bill to pass one chamber and move on to the other. Here’s a rundown on a few bills of local interest.

Senate Bill 63, which would have allowed breweries to sell beer directly to the public, passed the Senate by a 51–6 vote, but not before the Regulated Industries Committee (of which our own Frank Ginn is vice chairman) watered it down. The current version does end the charade of charging for a souvenir glass and filling it with free samples of beer. Instead of just selling consumers a pint, though, the current version allows breweries to charge for tours that include beer samples—both for on-site consumption and growlers to take home. Craft brewers, such as Athens-based Terrapin, aren’t fans of the changes, but they still support the bill.

The “Todd Gurley Act,” which would make it a crime to entice a college athlete to violate NCAA rules, passed the House. House Bill 417, which would require motorists to stop at crosswalks when beacons are flashing, did not. It’s a zombie bill—dead, but still able to move. Sponsor Spencer Frye (D-Athens) could amend it to another bill that cleared the Crossover Day hurdle.