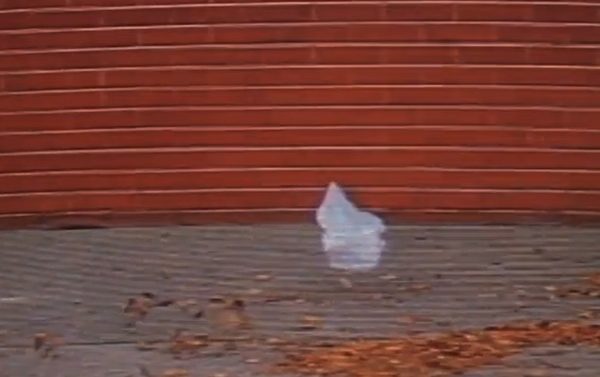 Recently, a movement has gained steam in Athens and a few other Georgia cities to ban or charge a fee for plastic bags, which are wasteful, difficult to recycle and damage the environment. State legislators, of course, are having none of it. The Senate passed SB 139 (co-sponsored by Athens’ Frank Ginn) last week; it would bar local governments from regulating not only plastic bags, but any disposable container, including paper and foam boxes and cups. A similar bill, HB 444, passed out of committee on Monday.

Mayor Nancy Denson, who  vocally opposed regulating plastic bags while campaigning for re-election last year, is lobbying in favor of those bills that would ban the ban—even though they’re opposed by groups representing local governments, including several ACC commissioners.

She’s wrapped up in it six different ways: Her daughter, Diane Schleicher, is city manager in Tybee Island, where the city council considering banning plastic bags to reduce beach litter and protect sea turtles. Another daughter, state Rep. Margaret Kaiser (D-Atlanta) voted in favor of against HB 444 on the Agriculture and Consumer Affairs Committee. [“I… am not supportive of this bill as it tramples home rule,” Kaiser said. See her comment below.]

Denson acknowledged urging legislators to pass the bill after Landon Bubb, who’s behind the UGA Bag the Bag campaign and was in Atlanta speaking against it on Monday, called her out during Tuesday’s commission meeting.

Bubb chided Denson for working against the interests and wishes of Athenians.

“I feel like it’s a discussion that’s happening in Athens, and it should stay in Athens,” he said.

Commissioner Sharyn Dickerson, a former ACC recycling coordinator, also offered a local-control argument against the bills, while saying she’d prefer incentives for reusable bags rather than a ban or fee on disposable bags.

The bills provide exceptions for “curbside” recycling, but at least two commissioners, Jerry NeSmith and Melissa Link, are worried that they could scuttle the county’s commercial recycling program, which requires businesses and apartment complexes to encourage recycling. Their concerns are backed up by lawyers from the Georgia Municipal Association and Association County Commissioners of Georgia.

“The idea that a government would prevent us from [protecting the environment] is sad, very sad,” NeSmith said Tuesday night.

Supporters of the bills say that retailers shouldn’t be subject to a city-by-city patchwork of regulations.

“This is not the kind of legislation I think is appropriate to stop at city or county borders,” Denson said. “…It’s very easy for somebody to go an extra mile further to get their groceries.”

That doesn’t make any sense. Dozens of cities already ban or tax plastic bags, and no mass exodus of grocery stores has been reported. Besides, grocery stores already deal with widely varying laws related to alcohol sales, parking, zoning, etc., and they seem to manage just fine.

In reality, plastic bag manufacturers are behind these bills, just as they’re behind an effort to overturn California’s bag ban.