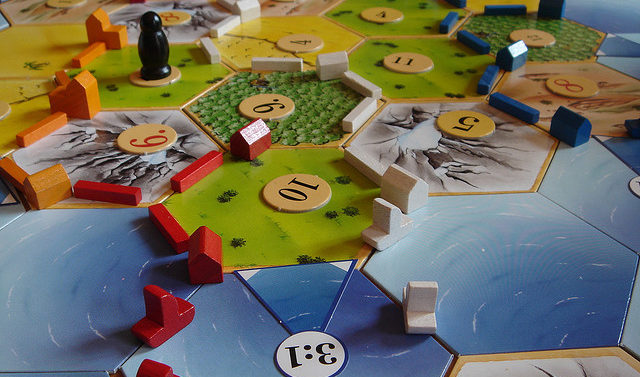 Tim and Carrie Kelly are in the middle of renovating the space that’s part of the former Sunshine Cycles building, now Philanthropy, on West Washington Street (next to Ted’s Most Best), into The Rook and Pawn, a board game café.

Although Kelly admits he doesn’t love that description, gaming (think Settlers of Catan, not Candyland) has been on the rise over the past few years, and although the concept is new to Athens, it’s worked in other cities. Also: They will serve booze.

The draft menu includes snacks (candy, olives, pickles, nuts), cheese, hummus, sandwiches, salads and a selection of desserts, plus coffee, tea, hot chocolate, juice (if you want to bring the kids), wine and both draft and bottled beer. Whether or not hard liquor will be an option is still under consideration. The idea is that the early crowd of families will give way to a later one of more serious gamers.

The space is in the back of the Philanthropy building, accessible from the parking lot to its right, and the Kellys are shooting to be open in May.