The ADDA Wants to ‘Incentivize’ Retailers to Curb Bars Downtown 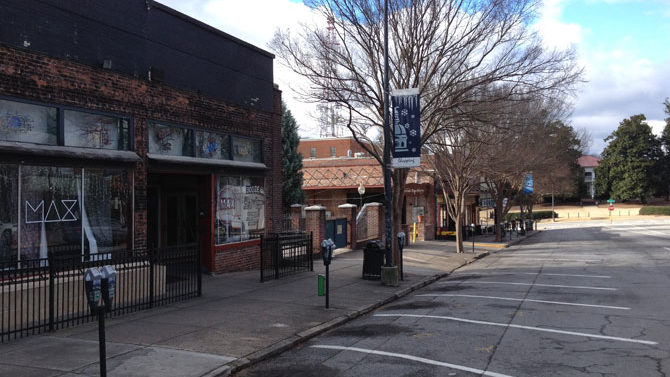 A few months ago, the Athens Downtown Development Authority revived a discussion that’s been happening off-and-on since the 1980s, when bars and music venues rescued downtown from its tumbleweed-strewn fate after retailers fled for the suburbs: Does downtown have too many bars?

The answer, according to Commissioner Mike Hamby and others, is “yes.” But the ADDA—which works with but is independent from the Athens-Clarke County government and has no power in this matter—has also decided that it’s unwilling to push ACC to limit the number of liquor licenses the government issues. (Currently, anyone in an area that’s zoned for bars or restaurants who wants a license to sell alcoholic beverages and has a few thousand bucks can get one.)

ADDA Executive Director Pamela Thompson researched 24 comparably sized college towns’ alcohol laws and found that only four—Savannah, Columbus, Berkeley, CA and Orlando, FL—have such regulations. Most significantly, Orlando restricts the number of bars to one per 4,000 city residents. “I was just curious whether anyone in the country had done this,” ADDA board member Bill Overend said. “Apparently, not many people have.”

A common perception is downtown rents are so high that only bars can afford them. “I constantly hear that rents are unaffordable for retail, but bars can pay it,” Mayor Nancy Denson said. ADDA board member and commercial real estate agent Chris Blackmon disputed that idea. Bars were “springing up” in the early 2000s, but “we’ve noticed a shift back to retail,” he said.

One factor in the proliferation of bars—other than UGA students’ unquenchable thirst, presumably—is the proportions of older downtown buildings, Blackmon said. They’re narrow and deep, perfect for bars, but lacking the street frontage retailers want in order to entice window-shoppers. Retail space in newer developments is in high demand, though, he said, and it’s now leasing more quickly than restaurant and bar space.

While rejecting a cap on bars, ADDA members said they still want to address the issue of dead streets in the daytime, before bars open. “Does that make for a healthy downtown?” Hamby said. “Is there a tipping point we’ve reached, where something needs to be done about it?”

That something could be providing incentives of some kind for restaurants, retailers and professionals like doctors to open offices downtown. The board asked Thompson to look into available incentives programs, like grants or discounts on permit fees, and report back in March.

Boulevard Woods: The Boulevard Neighborhood Association and Athens-Clarke County have agreed on a lease for Boulevard Woods, a pocket park on ACC-owned land off Barber Street across from Boulevard. The BNA has raised $102,000 for construction—which will be overseen by the Athens Land Trust—and ACC has agreed to fund a crosswalk and $3,400 in annual maintenance. The commission is set to approve the agreement at its Tuesday, Feb. 3 meeting. “I’m very excited to see ground breaking this year,” Commissioner Kelly Girtz said at the Tuesday, Jan. 20 meeting, adding that he hopes the effort can be replicated in other neighborhoods. (Incidentally, agenda-setting meetings are now on the third Tuesday of the month, rather than the third Thursday.)

The commission also is moving forward on the Center for Hard-to-Recycle Materials (CHARM), a facility at the corner of College and Cleveland avenues where you’ll be able to take stuff like paint and plastic bags that you can’t put in your recycling bin. The $187,000 price tag, though, doesn’t include $250,000 for aesthetic and functional improvements around the site. Manager Alan Reddish told commissioners that additional SPLOST funding might become available later.

Messing with Maps: No one, except maybe former state Rep. Doug McKillip, was happy with the commission district maps the Republican-controlled legislature foisted upon us in 2012. Now, at the request of commissioners, McKillip’s replacement, Rep. Regina Quick, is revisiting those maps—but many commissioners aren’t happy with her first draft, either.

In emails obtained by Flagpole, Commissioner Kelly Girtz defended Quick’s map as more compact and cohesive than the current one and said that it will maintain rapidly gentrifying District 2 as majority African American. However, Commissioner Allison Wright, who represents Five Points, raised concerns about the process, saying that changing district lines would take hours of effort and much community input. Commissioner Jared Bailey objected to the “drastic” changes to his District 5 in northwest Athens, which was radically redrawn in 2012.

According to Girtz, Quick believes she can update the map this legislative session, then draft another map after the session that would restore the two super-districts McKillip got rid of three years ago.

Downtown Master Plan: It’s been six months since Jack Crowley formally submitted the finished downtown master plan, and Mayor Nancy Denson still has not appointed a promised implementation committee to prioritize and identify funding sources for Crowley’s recommendations. However, that may change soon: Denson said she’s been waiting for three new commissioners to take office, and she’s planning on appointing the committee soon, possibly as early as the Tuesday, Feb. 3 voting meeting.

Not that it will matter to point this out for the millionth time, but the Affordable Care Act already prohibits plans sold through the exchange from paying for abortions except in the cases of rape, incest or to protect the life of the mother. Women who want abortion coverage have to pay for it out of their own pockets.