“This man [Martin] knows this government,” Commissioner Kathy Hoard said, pre-empting the criticism that was to come. “He knows how it runs, and he knows how it should work. He’s someone with a very strong work ethic, and he’s a man of great integrity.” 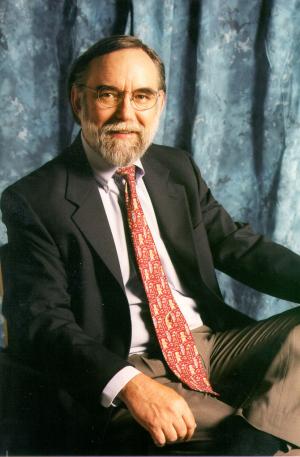 No one is disputing that. I’ve known Martin for almost 10 years. He did a good job running the Central Services Department and, after retirement, was a thoughtful and engaged planning commissioner.

That’s not the issue. Coming on the heels of a proposed downtown hotel’s request for unprecedented property tax breaks that angered many when it came to light earlier this month, it’s another reason to wonder why the game seems rigged.

Denson submitted Martin’s name to the commission for ratification without even advertising the job, which is within her power to do.

“Just because the mayor has that power does not mean the action in question is in the best interests of the community,” Commissioner Jared Bailey said. He insisted on a national search, “instead of approving the hand-selected candidate presented to us as the only option.”

Commissioner Jerry NeSmith, who served on the planning commission with Martin, praised him as well, but he echoed Bailey’s comments even more strongly: “There has been no search for the most qualified candidate. The qualifications for filling that position have not been defined. To appoint someone without a proper search is, in my mind, indefensible.

“It appears the mayor is appointing an acquaintance,” NeSmith said. “Even the appearance of cronyism in such an important position is reprehensible.”

NeSmith and Bailey’s comments drew a rebuke from Commissioner Andy Herod. “To grandstand and to try to embarrass the mayor on this particular issue when everybody behind the rail was party to the conversation, I think is not cricket, as we would say in the old country.” (Herod is British, in case you couldn’t tell.)

NeSmith glared at Herod, sitting three seats over. “My intent is not to embarrass the mayor,” he said. “My intent is to do my job as I think it needs to be done.”

The conversation Herod referred to took place in closed session, so while commissioners may have known that Denson intended to appoint Martin on an interim basis and conduct a nationwide search, the public had no idea. NeSmith and Bailey weren’t grandstanding (well, maybe a little); they were informing their constituents of their position on an issue that has only ever been discussed secretly.

Then Commissioner Mike Hamby took a shot at Bailey. “Jared, Commissioner Bailey, I know was the head of the Audit Committee for a long time when a lot of audits weren’t getting done,” said Hamby, a key player in knifing the last auditor. “Now Commissioner Herod is head of that committee, and I’m looking forward to the Audit Committee coming up with a game plan for how we can move forward and really make this position what it should be.”

And what should it be? Well, that hasn’t really been decided yet. “It is our hope that in six months we’ll have something in place, as a body, that we know what we want so we can actually start the search in six months,” Commissioner Harry Sims said. It’s not like they haven’t had, oh, 359 days already.

“This was not a matter of not wanting to fill this position or foot-dragging,” Denson said. “There were some valid and good reasons why this position was not filled sooner.”

In the end, Bailey and Nesmith were the lone dissenters. Sims and commissioners Kelly Girtz and Doug Lowry voted to confirm Martin after receiving assurances that his appointment would be for one year only, and ACC would set concrete metrics to judge the auditor’s job performance before conducting a nationwide search and hiring a permanent auditor within the next year. Hoard, Herod and Hamby offered full-throated defenses of Martin and Denson and voted to confirm. Commissioners Allison Wright and George Maxwell were absent.

It’s just further proof that politics makes strange bedfellows. Hamby and Herod, who backed Gwen O’Looney in 2010, are now among Denson’s staunchest supporters, along with Hoard. Lowry, the only commissioner to endorse Denson four years ago, goes his own way more often than not. Maxwell can be unpredictable. Girtz gets what he can. Bailey, NeSmith and Wright are in open rebellion.

With the commission divided like this, it will be interesting to see what the effect will be depending on whether District 3 elects Rachel Watkins or Melissa Link in the July 22 runoff.

Parking Permits: Residents on more streets in neighborhoods near the University of Georgia might be eligible next year for parking passes that keep students’ cars away from their curbs.

The commission’s Government Operations Committee met Tuesday, June 17 to discuss expanding the program. Currently, parking permits available only to residents are required for parking on 19 streets, mainly in the Five Points area, from 8 a.m.–5 p.m. on weekdays. Another 19 streets are eligible but not yet part of the program.

Those are the only additional streets that are eligible for parking permits; residents would still have to petition for permits to be required, if they want them. A public hearing will be held in July, followed by a GOC vote in August and a commission vote in October. If approved, residents could enter their streets into the program starting in January, 2015.