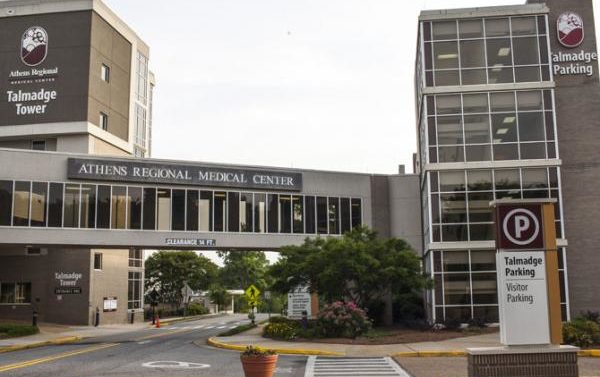 As the rest of Athens was waiting to see who’d be our next mayor, more than 200 doctors, enraged over the botched implementation of a new and costly electronic medical records system and what they saw as arrogance and incompetence at the highest levels, were meeting to call for the head of Athens Regional Medical Center and Athens Regional Health System CEO Jamey Thaw.

Thaw, hired to replace the retired Jack Drew in 2011, resigned on Thursday, May 22. A week after that, Chief Information Officer Gretchen Tegethoff followed Thaw out the door.

Flagpole spoke to multiple inside sources, and they all said the same thing: Thaw and Tegethoff rushed the implementation of the electronic records system, Cerner Millennium, and did not adequately train the staff to use it. Anyone who raised an issue was silenced, executives rarely communicated with the rank-and-file, and they created a culture of fear among the hospital’s 3,000 employees. To hear these sources tell it, they’d made VA and healthcare.gov look like paragons of virtue.

While everyone agreed that the front-line care providers are doing their best, according to employees and doctors affiliated with the hospital, the lack of training has put patients in danger of missed orders, like not receiving the right medication at the right time. Frustrated medical personnel felt that it was only a matter of time before someone fell through the cracks.

By the morning of Friday, May 23, Chief Medical Officer James Moore had come back early from vacation and had taken the reins. He set to work meeting with department heads, Cerner representatives and community leaders over the Memorial Day weekend. “The message was, whatever we need to do to move forward, we’re going to do it,” he said at a board of trustees meeting last week.

The boards of the hospital and the overall health system (which also includes physicians’ practices and clinics) met in executive session for several hours Tuesday, May 27 to discuss personnel matters, opening the meeting only briefly for Moore to outline protocols he has put in place to manage the problems with the electronic records system until Cerner representatives can return for more training. He also said he intends to reorganize the administration to improve communication among departments.

That’s all well and good, but obscuring any outside oversight is Athens Regional’s sheer size and complex organization. From its roots as a small county hospital, it has grown into a bewildering corporate behemoth made up of no fewer than eight nonprofit organizations with $536 million in revenue in 2012, according to the most recent publicly available tax returns. The sprawling structure is governed by five boards of directors, separate but often sharing some of the same members. Board members are a mixture of doctors and community leaders, selected by the Athens-Clarke County Mayor and Commission from two hospital nominees, and it’s a wonder how they could ever keep track of what’s going on under their noses.

Complicating matters, the Athens Banner-Herald, which once regularly offered hard-nosed coverage of local institutions like ARMC and St. Mary’s, hasn’t turned a critical eye on them in years. (And the hospitals get scant coverage from other media, including Flagpole.)

Former commissioner (now congressman) John Barrow fought to open the board selection process in 1999. He wanted hospital authority members to be appointed the same way as other ACC boards and authorities—by the mayor and commission advertising for, interviewing and selecting applicants. “[T]he existing process of selecting members gives the appearance of a self-perpetuating private club,” the ABH said in an editorial at the time. The issue went all the way to the Georgia Supreme Court, and ACC lost. Maybe it’s time to refight that battle, although it’s doubtful our elected officials have the appetite for it.