The Election Is May 20

Not many people are aware of it, but local elections have been moved up to May 20. Consider yourself warned.

The legislature passed and Gov. Nathan Deal signed a bill last week changing the date because a federal judge, former Athenian Steve Jones, ruled last year that there was not enough time in between the primaries and runoffs for overseas military personnel to return their ballots. So the primaries, as well as local elections, will be May 20 rather than July.

Until 2006, Athens-Clarke County mayor and commission races were partisan, so they were essentially decided in the Democratic primary. Then, voters decided to make those positions nonpartisan, so the 2006, 2008 and 2010 elections were held in November. But, to avoid costly judicial runoffs that hardly anyone voted in, the legislature passed a law moving nonpartisan races from November to July in conjunction with partisan primaries. (Runoffs are rare in general elections but common in primaries, when more than two candidates are often running.) That law took effect in 2012, and voter turnout dropped off big-time in the two commission races that year.

Commissioners asked our legislative delegation to move local elections back to November, when turnout is higher, but they met with resistance from Republicans in the Augusta delegation, who believe it is easier to elect Republican candidates to the Augusta-Richmond County Commission in July than in November because Democrats are less likely to vote in primaries.

That’s why the ACC mayor and commission elections will be May 20. 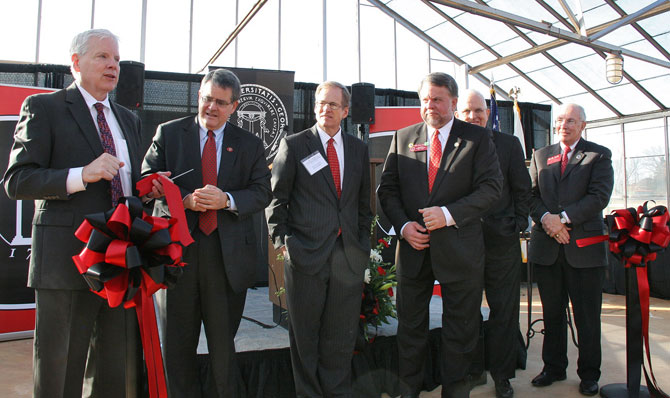 Campbell Center: UGA held a dedication ceremony Tuesday, Jan. 21 to mark the J. Phil Campbell Research and Education Center’s transfer from the U.S. Department of Agriculture to the university, and it was as noteworthy for who wasn’t there as who was.

The 76-year-old, 1,055-acre agricultural research station in Oconee County was nearly shut down due to federal budget cuts, but U.S. Rep. Jack Kingston (R-Savannah) stepped in to allow UGA to take it over. All of the speakers thanked Kingston profusely for his efforts. Athens’ congressman and one of his opponents in the Senate race, Paul Broun, did nothing to save the Campbell Center and did not attend the ceremony, though he did send a staffer. Kingston may have won himself a few more votes in the Athens area.

Watkinsville Plan: Architect (and not mopey British singer) Robert Smith presented his plan to spur New Urban-style development in his hometown of Watkinsville to a packed house Wednesday, Jan. 22. The plan, which started as his master’s thesis at Notre Dame, revolves around a civic green in between the historic county courthouse and a new City Hall Smith is proposing near Rocket Field, and could be funded with $25 million Oconee County commissioners are considering spending on a new courthouse if voters approve a new SPLOST.

The pitch went over well. “I love it,” said Derek Chitwood, who lives in a loft and owns a business in downtown Watkinsville. “There’s a lot of people who would enjoy that.” 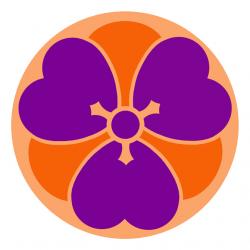 Flowers for Link: Have you ever wanted one of Lou Kregel’s flower murals? All you have to do to get one is write a check to District 3 ACC Commission candidate Melissa Link. Kregel is offering to paint the flower pictured here anywhere in Athens, with the property owner’s permission, for the first 20 people who donate $100 to Link’s campaign. Her website is melissalinkathens.com. It’s your last chance; Kregel said the flowers she’s painting for Link, though not chrysanthemums, will wrap up her project of painting chrysanthemums on buildings all over town.

Kregel said she is supporting Link in part because of her work on behalf of public art—Link serves on the Athens Cultural Affairs Commission, which recommends public art projects to the ACC Commission—and because of her knowledge of local issues. “She reads the fine print that only an info-nerd like her could possibly endure, let alone enjoy,” Kregel said.

Link is vying with Rachel Watkins and Herb Gilmore in the District 3 race to replace the retiring Commissioner George Maxwell.

Lyndon House: Speaking of paintings, rumors are circulating that the ACC Leisure Services Department plans to take the “arts” out of the Lyndon House Arts Center, making it a “community center” for meetings, weddings and other events instead. Arts advocates called a meeting at 5:30 p.m. Tuesday, Jan. 28 at Ciné to discuss how to respond, but it was canceled due to the snow.

Leisure Services Director Pam Reidy denied that she is considering changing the mission of the arts center. The plan, she said, is merely to move the department’s facilities supervisor (currently Claire Benson) into the building “so she is more accessible to staff, more accessible to the public.” Benson’s current office at the Ware-Lyndon House would be converted into a bedroom and included in tours of the historic house museum. “That’s all,” Reidy said.

However, ACC commissioners have said they’d like to see the Lyndon House rented out more often to raise money for Leisure Services. Stay tuned.

Downtown Drama: Could be brewing between the Athens Downtown Development Authority and the Downtown Athens Business Association.

It started Dec. 30, when ADDA Chairman Bill Overend discovered that DABA had let its incorporation lapse and wrote a letter to DABA questioning whether the ADDA should continue its business relationship with DABA. (The ADDA sells gift certificates redeemable at downtown retailers and restaurants on behalf of DABA.)

DABA President (and ACC Commissioner) Jared Bailey said the incorporation issue has been rectified, but he informed Overend Friday, Jan. 24 that DABA would be issuing a request for proposals to continue the gift certificate program and will select a contractor by Mar. 1.

The Athens Area Chamber of Commerce is expected to respond to the RFP, Bailey said, and if it were chosen, customers wouldn’t notice any difference because they’d still be buying gift certificates at the same location. The chamber is housed in the same West Hancock Avenue building as the ADDA. But feathers may be ruffled.