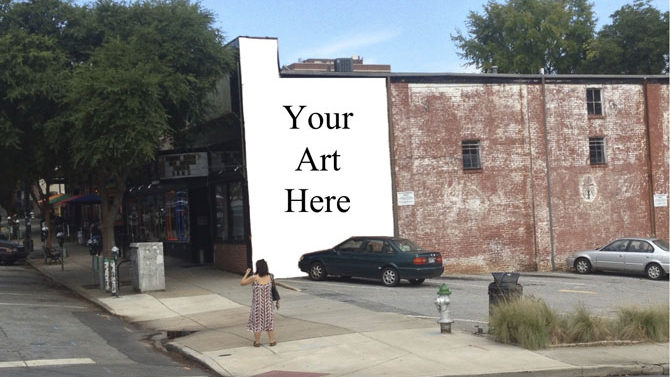 “An extra 15 cents to ride the bus would cause a financial hardship for a lot of people,” Rick Schott told Athens-Clarke County commissioners Tuesday, Dec. 3.

Commissioners might not have heard him—and many others who’ve lined up to oppose proposed Athens Transit fare hikes over the past month—loud and clear, but at least it didn’t go in one ear and out the other.

This is an election year, after all. Mayoral candidate Tim Denson and District 3 commission candidate Melissa Link were among those who spoke out against the fare hike. They said raising fares would hurt low-income workers, job-seekers and students, leading to fewer riders and less revenue. Instead, they lobbied for better marketing, more efficient routes and more frequent service on popular routes as ways to improve ridership.

“You guys are moving in the wrong direction,” Denson said. “You’re kicking the can down the road.”

Kicking the can down the road is what the commission is best at, but the kicking they did last week is better than what they’ve been doing, which was shrug and raise fares or cut service whenever money for transit ran low.

Commissioner Kelly Girtz mustered six other votes—all but Doug Lowry, Jared Bailey and George Maxwell—for a plan that scrapped a proposed 25-cent transfer fee and does not charge children under 6 years old to ride the bus. It does, however, raise fares to $1.75 for adults, $1.50 for youths under 17, $1 for seniors and disabled riders and $35 for a 22-ride pass effective July 1.

“We desperately need these funds if we’re going to continue the level of service our citizens need,” Kathy Hoard said.

Smartly, though, commissioners did not wait until they were blindsided and forced to raise fares in June, when they’ll pass a budget. By acting now, transit officials were able to negotiate a $1.60 payment, up from $1.36, from the University of Georgia every time a student or employee boards a city bus.

Girtz also included in his motion a commitment to hire a transit consultant at an estimated cost of $50,000–$100,000. “Given the sense that we’ve had this recurrent cycle, I want us to stop now,” he said.

The consultant will “pull back, have some fresh eyes and ask these questions” about marketing, fares, routes, development patterns and how to get more people who have other transportation options to ride the bus, Girtz said.

Back from the Dead: After it languished among the other zombie “hold items” at the bottom of the agenda for four years, the commission is finally moving forward with the City Hall streetscape project. You should’ve put a crossbow arrow through its brain, Daryl.

The $1.2 million SPLOST-funded project involves re-doing the sidewalks around the City Hall block. The biggest change will be the that the old bus bays—unused since the Multimodal Center opened—will be converted into sidewalks with trees and benches.

The long delay was due to an argument over on-street parking on Washington Street. Some wanted wider sidewalks; others, more parking. Former Commissioner David Lynn, a trained planner, had argued that on-street parking actually makes pedestrians more comfortable, shielding them from moving cars and making the street look busier.

The project popped up again because officials want to start it at the same time as the Clayton Street infrastructure work in January. Though long gone from the commission, Lynn finally won out last week when Commissioner Mike Hamby marshaled nine votes (Jared Bailey was the holdout) for 22 angled parking spaces on Washington Street.

Another debate in 2009 was whether ACC should do a downtown master plan first. It’s almost done now, and Hamby said the project won’t preclude going through with professor Jack Crowley’s proposal for infill development and greenspace on the block.

“What we’re doing here doesn’t interfere with what we can do in the future if we move in the direction Dr. Crowley is recommending,” he said.

40 Watt Mural: LEAD Athens members are working with the 40 Watt Club to install a mural on the music venue’s mostly-blank western wall.

The mural will represent Athens history, according to Airee Hong, who took on the project as part of the Athens Area Chamber of Commerce-run leadership class. And not just obvious choices like R.E.M.—it will incorporate the rich history of older African American venues like the Morton Theatre, as well, she said.

“I felt that Athens needed a little more art represented in our community, especially art that shows our love for the music scene,” Hong said. “Our appreciation for the music scene brings a lot of people here, so why not celebrate that?”

A speaker from the Asheville Mural Project in North Carolina will come to the 40 Watt on Wednesday, Dec. 11 to explain the process of choosing and installing a mural. The 5:30–8 p.m. meeting will also be an opportunity to provide input on what should be included in the mural, Hong said.

A seven-member committee consisting of 40 Watt owner Barrie Buck and members of LEAD Athens and the Athens Cultural Affairs Commission will choose the artwork. Preference will be given to Athens-based artists and those with Athens ties, Hong said.

Hong hopes to have the mural’s first panel up this spring at a cost of $7,500–$10,000, all privately raised. If it’s successful, five more panels would be installed later.

In semi-related news, Nick Napoletano’s mural is now up at the ACC Library. Bob Clements’ sculpture is expected to be installed in January.

Case Closed: On a much sadder note, the Georgia Bureau of Investigation has ruled that the UGA student whose body was found in a creek near The Plaza last month killed herself. Rebecca Greene apparently intentionally overdosed on sleeping pills, then passed out, fell into the creek and died of hypothermia.