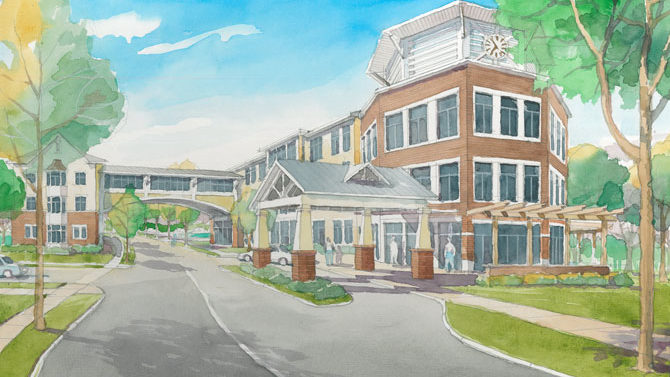 Lowry, at the commission’s July 18 agenda-setting meeting, signaled his intention to oppose redeveloping Jack. R. Wells Homes, the Hawthorne Avenue public housing complex popularly known as Pauldoe. When Commissioner Andy Herod asked why, Lowry replied that other cities are getting rid of their “poverty reservations.” Public housing breeds intergenerational poverty, and residents are better off mixed in with the rest of the population, he said.

“In some of these compounds like Pauldoe, you can be born, live and die,” he said.

Lowry said he hopes that, when he leaves office, Athens’ ridiculously high poverty rate while be lower than when he was elected in 2006. “Tripling the number of people in poverty is not, I believe, the way to do that,” he said.

His choice of words drew the righteous fury of Commissioner George Maxwell. “I resent very much Mr. Lowry calling these places compounds,” he said. “…They are [neighborhoods where] people live because they can’t afford anything else.”

Maxwell was raised in Broadacres and went to become a police officer, a mailman, a preacher and a politician. “Don’t tell me nothing good can come out of a place you call a compound,” he said.

Lowry’s analysis of housing policy was actually correct: Traditional public housing does create pockets of poverty. That’s why cities are, in fact, trying new models. The problem—and Lowry should know better—is that the Pauldoe redevelopment isn’t what he said it is.

“This is not a poverty reservation,” Commissioner Kathy Hoard said. “There will be people paying market rents there. It’s not traditional public housing.”

Hoard called up Athens Housing Authority Executive Director Rick Parker to explain the project again. (The commission has already heard at least one presentation about it and taken a couple of votes.) It will replace Pauldoe’s 125 apartments with 375 “very high end” units. A third will be public housing, a third will be subsidized with tax credits for the working class, and a third will be leased at market rate.

“This is essentially the model Commissioner Lowry spoke about,” Parker said.

As for the commonly-held notion that public housing residents are lazy moochers, only 4 percent of AHA households receive a welfare check, Parker said. The rest work low-wage jobs or are elderly and on Social Security.

The tax-credit units are reserved for people who earn 60 percent of the local median income, or about $30,000 for a family of four.

In other cities that are demolishing public housing to make way for mixed-income developments, there are fewer affordable units, so the poor are being pushed out to the inner suburbs, where they lack services like transit. Not so at Pauldoe; the higher density means the amount of public housing won’t change, but families with different income levels will live next door.

“It is a dramatic change, a radical new way of doing things,” Parker said.

The commission vote scheduled for Tuesday, Aug. 6 will be on whether to spend $700,000 earmarked for affordable housing that AHA has paid ACC in lieu of taxes on the $17 million first phase, a 100-unit senior assisted living center. (ACC’s contribution will cover demolition and infrastructure like sidewalks and sewers.) Another $1.3 million will come from federal affordable housing grants. AHA will spend $3.2 million, and the sale of federal tax credits will net an estimated $11.6 million.

Occupy Ordinance: The public curfew law, which would set hours for the grounds around government buildings in response to last year’s Occupy Athens protests, is headed for a resounding defeat. Commissioners got the message—they said they will put the Legislative Review Committee recommendation not to pass it on the consent agenda, meaning the ordinance is likely to be voted down unanimously.

“For me, the whole notion of restricting access to public property, especially for protests, is very distasteful and just not right,” Commissioner Jerry NeSmith said. 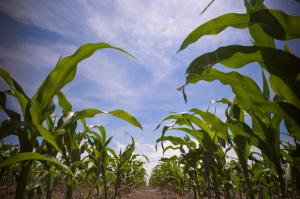 Build it, and they will farm.

Right now, “agriculture,” as opposed to “gardening”—the difference mainly boils down to livestock and whether crops are sold or for personal consumption—is only allowed on large suburban and rural lots. If the GOC’s recommendation passes, residents in urban neighborhoods (with the proper permits, of course) will be allowed to created community gardens on vacant lots up to one acre in size and hold farmers’ markets on the property three times a year.

A provision regarding setbacks sparked some debate on the committee. “I sure don’t want them growing corn on the right of way,” NeSmith said.

Hoard agreed. “You don’t want corn out to the sidewalk,” she said. “Of course, there are some houses on my street that could be enhanced by tall corn growing.”

One acre, though, isn’t nearly enough to build a field of dreams or to make human sacrifices, if you happen to be a child of the corn. I’d better see everybody lined up at the podium Aug. 6 to complain about this

Roundabouts: The Tallasee Road-Whitehead Road intersection is probably getting a roundabout and so might… Broad Street and King Avenue?

At least, that’s what one commissioner wants.

Due to Steak ‘N’ Shake Mania, ACC Transportation and Public Works wants to put a traffic signal at the Broad-King intersection. The county is asking Steak ‘N’ Shake and the medical office at the corner to pay their fair share of the $70,000 cost based on the traffic they generate—10 percent and 36 percent, respectively. But the doctors don’t want to play ball, according to county Manager Alan Reddish, which will delay the much-needed light.

Commissioner Andy Herod wondered why ACC wouldn’t build a roundabout at the intersection. Because the state Department of Transportation, which owns Broad Street, would never approve it, Reddish responded.