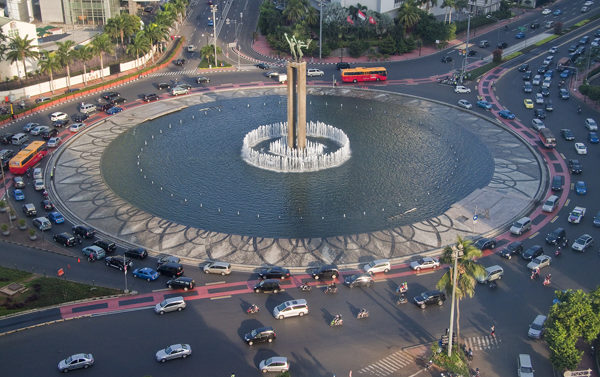 You Down with CEP?: How can I explain it? Every year, the Athens Downtown Development Authority distributes $60,000 to various downtown events like the Twilight Criterium, the Human Rights Festival and the Athens Symphony. It’s called the Community Events Program.

It’s not a whole lot of money in the grand scheme of things, and there are many more events downtown than the ADDA could ever hope to help, so competition for grants is often fierce.

Last fall, the ADDA and the Athens-Clarke Commission, which must also sign off on CEP funding, turned down commissioner and AthFest Executive Director Jared Bailey’s request for $10,000 for AthHalf, an annual half-marathon that raises money to teach arts and music in local schools. ADDA board members said AthHalf isn’t a true downtown event because it starts at the Classic Center but ends at Sanford Stadium—a claim Bailey took issue with.

“I think that was not a valid point. I think it’s very much a downtown event,” he told the ADDA last week, noting that many of the 1,500 spectators the race draws gather downtown, and many of the 3,500 runners go downtown after finishing the race.

Bailey is now pushing for more funding for public events, and he thinks he knows where to get it: the Classic Center.

Athens-Clarke County collects 7 cents in taxes on every dollar visitors spend on motel and hotel rooms in the county. By law, the money must go toward promoting tourism and economic development. Six of those cents have gone to the Classic Center and the Athens Convention and Visitors Bureau.

The Athens-Clarke Economic Development Foundation is going away and will be replaced by a new economic development agency that’s part of the local government and funded with regular old sales and property taxes, freeing up $150,000 of hotel/motel tax revenue. The Classic Center and CVB are making a play to split that money between themselves.

Bailey has other ideas. “It’s my contention that we give plenty to the Classic Center,” he said in an interview. “We should be holding them at the same rate or cutting them back and spending more on other downtown or citywide tourism generators.”

In making a pitch for more hotel/motel last month, Classic Center and CVB executive directors Paul Cramer and Chuck Jones told commissioners they’re getting a tremendous return on their investment. For about $1 million, the Classic Center generates a $20 million economic impact—hotel room-nights, meals and other visitor spending.

But that 20:1 ratio doesn’t include all of the tax dollars we’ve spent on the Classic Center, such as $53 million in sales taxes over the past 18 years to build the original facility and parking deck, expand the Grand Hall, build the new atrium and renovate the Foundry Street warehouses, according to Twilight organizer Gene Dixon.

Nor does it take into account the fact that the Classic Center, a nonprofit, is in the black. Cramer expects to take in $3.5 million and spend $3.3 million this year. In fiscal 2014, with the expansion open for business, he conservatively estimates $3.7 million in revenue against a $3.6 million budget. The Classic Center does need to save up money for maintenance, but it’s doing fine without additional hotel/motel taxes.

Bailey believes the money the Classic Center wants could be spent more wisely elsewhere. For example, ACC could hold more events like last year’s popular food truck festival. It could build an amphitheater downtown or a permanent stage for concerts, or a permanent home for the Athens Farmers Market, which during the growing season sets up in the cramped space around City Hall.

Will it happen? Possibly, but it will be tough. Cramer tends to get what he wants. The commission will start its budget deliberations in May, so we’ll find out then.

You Spin Me Right Round: For years, local transportation nerds have been pushing for roundabouts whenever Athens-Clarke County rebuilds an intersection. They lost in 2007, when commissioners opted for a traditional intersection at Barnett Shoals and Old Lexington roads because the olds feared that OMG! No one will ever figure out how to drive in a circle! Chaos! Mass hysteria!

When it came time to realign a dangerous intersection at Tallassee and Whitehead roads last year, many drivers made the same objections. But the commission opted for a roundabout because studies show they’re safer and Transportation and Public Works Director David Clark told them it would cost about the same amount of money—$2.6 million—as a signalized intersection.

Well, that turned out not to be the case. Only about $1.5 million is available for the roundabout after voters rejected T-SPLOST, the 1 percent sales tax for transportation, last July. Clark told the commission at a work session last week that he can build a traditional intersection for $1.5 million, but a roundabout will cost $2.5 million. Rather than ditch the roundabout, commissioners told him to hire a consultant for $20,000 to look at the project with fresh eyes and try to pare down the cost. Clark also identified some unspent SPLOST money to tap if needed.

Clark also asked the commission for money for a new College Station Road bridge. The current bridge is too narrow for sidewalks or bike lanes, creating a bottleneck for cyclists commuting from the Eastside to the University of Georgia. Those amenities will be included in the new bridge.

The state Department of Transportation is picking up the entire construction tab, but ACC is responsible for right-of-way and moving power lines. The price could top $1 million, but ACC Manager Alan Reddish said he thinks he can work out a land swap with UGA.

Cowsert for Congress: State Sen. Bill Cowsert (R-Athens) announced last week that he’ll make an announcement after the legislative session ends about his intention to run for congressional seat Rep. Paul Broun is vacating to run for U.S. Senate. It’s safe to say Cowsert is running, though.

For one thing, the news release was issued by Ryan Mahoney, who ran Martha Zoller’s congressional campaign last year, so Cowsert is already staffing up. And it includes all the usual quotes about out-of-control federal spending and dysfunction in Washington you’d expect from a GOP congressional candidate.

Remember, you heard it here first.

This article has been updated to correct the amount of CEP funding Bailey requested for AthHalf.