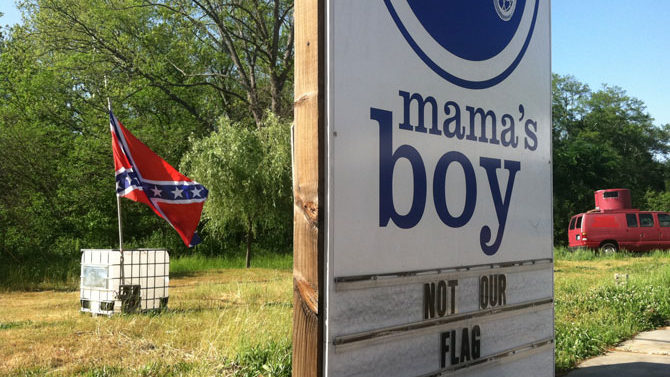 A Quick Update: As last week’s Flagpole was hitting the stands, the Athens-Clarke County Mayor and Commission were adding a new twist to City Dope’s main story by approving a letter to the U.S. Justice Department, written by commissioners Andy Herod and Alice Kinman with input from ACC Attorney Bill Berryman, expressing “grave concerns about the process by which the proposed [ACC redistricting] map was developed.” Among those concerns were our state legislative delegation’s scuttling of a map approved by the M&C after an extensive, public review process; the total lack of public input on the map the delegation submitted; and the practical dilution of African-American voting strength in District 3, which has been represented by an African-American commissioner (currently George Maxwell) for years. The letter was signed by Mayor Nancy Denson and nine of the 10 commissioners. Doug Lowry, the only commissioner who didn’t vote to approve the map that emerged from a local redistricting committee late last year, will write his own letter to Justice making clear that while he still doesn’t support that map, he also objects to the map crafted by the legislators, and agrees that it would dilute black voting strength in District 3.

Will these direct appeals make a difference in whether the Legislature’s map is approved? Who knows? But by giving the folks at Justice something to look at carefully, it has to be imagined that the M&C have increased the likelihood that the approval process will still be underway when qualifying for local elections rolls around May 23â€¦ which could well mean that ACC will be retaining its current commission districts at least until 2014.

Doug the Cut-up: The local delegation’s usual post-legislative session meeting with the M&C was scaled back this time: instead of meeting with the full commission, the delegation (minus Keith Heard) just sat down with Mayor Denson and Herod, the mayor pro-tem, to present their usual rundown of why they didn’t pass any of the local legislation the M&C asked them to. The meeting was pretty friendly and unremarkable, except for a snappy quip from Rep. Doug McKillip that showed how seriously he takes his responsibility to his constituents, as well as shedding a little more light on the sincerity of his newly pious persona.

“Wait,” he cracked to Denson and Herod, looking at some papers in front of him, “y’all had abortion on this list when I first saw it!”

Good to see Doug’s still keeping it classy, and that the certainty of his reelection hasn’t made him arrogant. What a fun guy!

Your Selig Minute: Last week’s Dope was focused on the redistricting situation, which didn’t leave room for a recap of the Federation of Neighborhoods’ Apr. 2 forum on the Selig development. While there wasn’t a whole lot said at the meeting that hasn’t been said before, a notable exception was Mayor Denson’s pointed response to panelist Tony Eubanks’ challenge to her repeated public assertions that plans for the development meet planning and zoning requirements.

That’s a significant statement from the mayor, and one that’s nice to have on the record. It’s indicative of an overall shift in the terms of the community discussion about the project of late, which was also reflected in an Apr. 3 Banner-Herald editorial that acknowledged a recognition even among the project’s supporters “that the development, as proposed, might not meet every aspect of the countyâ€™s zoning code.”

This can all be seen as preface to a phase of the discussion that hasn’t really begun yet: the one about what kinds of zoning and design variances are justified by the projected community benefits of the development. When that conversation begins in earnestâ€”presumably after Selig submits its plans to the countyâ€”it’s guaranteed Denson will be reminded of the unequivocal position she claimed this month.

Schools Hit Again: Clarke County School District Superintendent Philip Lanoue announced last week that the district will have to absorb a whopping $9 million in budget cuts in the coming fiscal year. That’s not an amount you trim from the corners of your operation; we’re talking about a lot of positions being eliminated at the school level. The Board of Education will approve the tentative budget at a meeting this Thursday, Apr. 19, so if you want a say in how the cuts are distributed, you should look over the budget presentation and contact your Board of Education representative with any concerns. The presentation, and a summary of the FY13 budget, are available at the CCSD website.