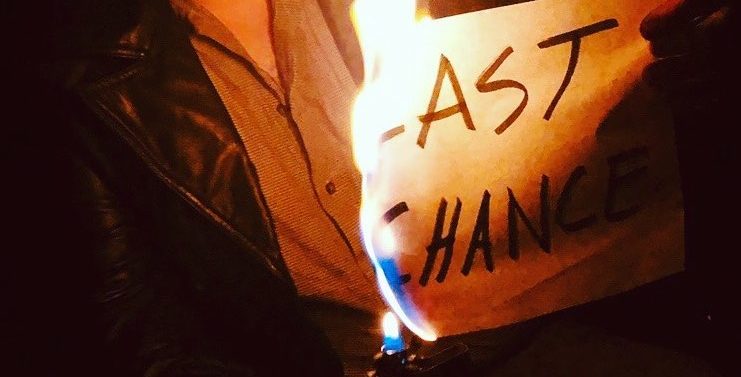 THE AIR UP HERE: Experimental label Hooker Vision always seems to release things in pairs, and its latest offerings are no different. In addition to a new album by Modern Lamps (covered in last week’s column), there’s a new release from Grant and Rachel Evans’ long-running duo project Quiet Evenings. It’s titled Primrose and runs just about an hour over two tracks. Seamlessly titled “Primrose Pt. 1” and “Primrose Pt. 2,” it’s available as a digital download and, as expected from Hooker Vision, in micro batches of cassettes and CD-Rs. Both tracks are long-form drones and are nicely paired together. The meditative quality of these invites the listener to sink deeply into them. The patterns of rarified beauty Quiet Evenings delivers here are well worth one’s time. Find this at hookervision.bandcamp.com.

RELEASE THE BATS: New-ish Athens band Bat Factory will play Flicker Theatre & Bar Saturday, July 16. While the group has played out before, they’ve also been working on an as-yet-untitled debut EP. The whole thing is already recorded and reportedly slowly making its way to vinyl. The band is composed of veteran players Tim Adams (vocals/guitar), Kathy Kirbo (bass/vocals), Alan Flurry (drums) and Ben Hesse (guitar). While nowhere near a one-to-one comparison, I hear snatches of the Bad Seeds, The Gun Club and Crooked Fingers all over this set of recordings, so hopefully y’all will be able to hear this soon. Don’t blame me, though, that you can’t yet. Go to the show, and bug the band. Or bug ‘em online via facebook.com/batfactor.

CREDIT WHERE CREDIT IS DUE DEPARTMENT: Last month, through its self-founded Tunes For Tots program, Widespread Panic donated $75,000 to the Clarke County School District. Tunes For Tots was founded in 2005 and, to date, has donated over $3 million dollars to further youth music education. For more information on Tunes For Tots, please see widespreadpanic.com/goodpeople/tunes-for-tots.

KEEP ON SMILING: The Avery Deakins Band is currently running a victory lap for its new album Last Chance. The 12-track album was released a handful of weeks ago. Led by guitarist and songwriter Avery Deakins, the band walks its boots through a small gamut of Southern styles including straight-up country (“It’s Raining Again”), Wet Willy-style rockers (“Ain’t In It For My Health”) and old-school R&B tunes (“Hope He Gets Around To Loving You”). Essentially, if Capricorn Records were still around today in its classic form, it’s easy to imagine Avery Deakins knocking on its door. Find this on Spotify and other streaming services. For more information, do not bother going to averydeakins.com because there’s basically zero information there. You’ll do far better by heading to facebook.com/AveryDeakinsMusic.

FRIENDS AND NEIGHBORS: If you’re wandering around downtown Athens on the evening of Thursday, July 14, why not pop up to the rooftop of the Georgia Theatre and help Neighbor Lady celebrate the release of its newest album For The Birds? Coming courtesy of Park The Van Records, the album is emblematic of the group’s particular take on 21st century indie pop-rock, and the urgency of several of these tunes bubbles just under their surface. Find this on all streaming services now, and for more info, please see parkthevan.com/label/neighbor-lady and facebook.com/Neighborladymusic.

SIX HITS FROM HELL: Tears For The Dying, who has seen its star rise more quickly over the past two years than at any other time during its two-decade existence, is a life lesson in tenacity and keeping one’s eyes on the prize, so to speak. The goth-death-punk group has a brand new EP named Eyes Wide Open In The Dark that features three single tracks and three remixes. While “Mortuary” and its attendant remixes are full-on dark and aggressive rockers of the sort we’ve come to expect from the band, opening track “Wouldn’t It Be Funny” (and its remix) show the band opening up more and making good use of empty space in this slower, but entirely tuneful, song. Find this over at tearsforthedying.bandcamp.com, and follow along at facebook.com/TearsForTheDying.