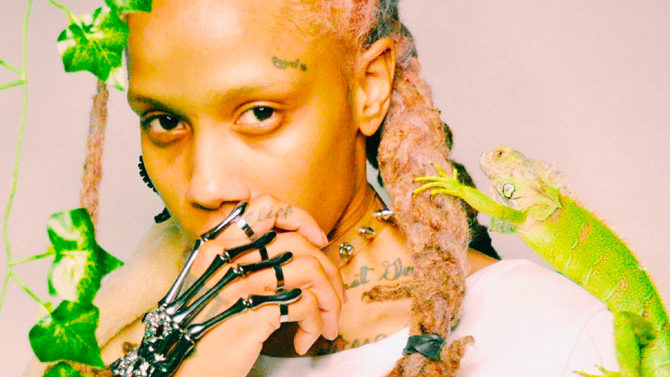 FAMILY AFFAIR: After a few delays, the debut album by The Hibbs Family Band came out at the beginning of the month. The band is composed of Rob and Garrett Hibbs (guitarist and bassist, respectively, of Georgia Dish Boys) and their parents Henry and Judy Hibbs on fiddle and piano. Even the cover art is by grandmother Ruth Straight Hibbs, and depicts father Henry at age 10 playing fiddle. The cello parts were performed by Ashley Na. The album is named Tears In Missouri, and recurring themes throughout the album are family members and their experiences on a family farm in Yarrow, MO. The Hibbs have played together since the boys were very young, and music and art appears long-steeped throughout the whole family. The album is an unassuming folk record with moments of sheer, blissful gorgeousness (“Pack Up The Sun”), traditional but unexpected instrumentation (the mouth harp on “Breakin’ The Daylight”), and stark meditative reflection (“Wood Thrush Lullaby”). Significantly, for as many old-time influences and traditions as this album embraces, it sounds surprisingly contemporary and, while lovingly full of memories (“A Straight Story”), never collapses under its own weight. It’s just a joy to hear. Check it out at hibbsfamilyband.bandcamp.com.

ISLANDS IN THE STREAM: Artist and musician Eli Saragoussi has created a new outlet for shows on YouTube named The Cry Baby Lounge Presents. Each episode of the online outlet will feature pre-recorded performances from three acts that are then edited into an hour-long show. While this project was conceived as a respite from our current pandemic situation, Saragoussi reports she plans on continuing to produce these shows after we’re all out of quarantine, too. Artists are free to present themselves in new ways or just play their tunes in a straightforward fashion. Viewers will be able to tip musicians, find more information about them, and receive information about recommended nonprofits. The first show happens Friday, May 15 at 7:30 p.m. and features Avery Leigh’s Night Palace, LeeAnn Peppers and Immaterial Possession. Although performances are pre-recorded, the show will stream live via YouTube Premiere, which will allow audience members to chat and engage in real time. The featured nonprofit for this debut event is Nuçi’s Space’s Garrie Vereen Memorial Emergency Relief Fund. Be sure to bookmark The Cry Baby Lounge Presents, too, because the next event, happening on May 29, features Taylor Chmura (Deep State), Nicholas Mallis, and Strawberry Runners (Philadelphia, PA). The direct link to the YouTube channel, which I’ve taken the liberty of shortening, is bit.ly/2YGPbsv.

HEADPHONES ON: Although she’s settled now, at least business-wise, in Atlanta, Cassie Chantel remains one of the hardest hitting hip hop artists to fly outta Athens. Her creativity has gone positively parabolic on her brand new record Meta Slime, which is out now on her own Tribe House Records. Starting with the downright demanding yet understated “Put That On,” she shifts quickly to the addictively catchy slow banger “Fashion.” Meta Slime is full of yearning, and is very much a record of love songs. This is especially evident on “What It Looks Like” and “Talk To Me.” The barely-there industrial grind of “Heartbreak” throbs underneath Chantel’s difficult declarations. By the time the album closes with the resolute but not fully triumphant “Taking Mine,” the listener hasn’t just gotten an honest earful but a mind full. This is thinking person’s hip hop to its core. Find this on Spotify and all other major streaming services.

GEORGE: Continuing on the Athens expat theme, George Huntington (Padre) put out a mixtape named Jaffa under the name George, which seems simple enough to remember. Although it only runs six tracks, there are still moments that appear difficult simply for the sake of being difficult. For example, the title track “Jaffa” has no business being constructed with what seemlike three main parts (drums, keyboard and guitar) all going off in different tempos. Even so, the rest of the record is a fairly engaging foray into art-rock, -folk, -etc. The lowbrow Can rhythm of “From Above!” is pretty dang cool, as is the Appalachian vocal on “She Comes,” which at points approaches the tonality of certain shaped-note Sacred Harp vocals. As far as sequencing goes, I would have closed the record with the heavy and mournful “Bushido’s Mess,” but it instead ends with the relatively lighthearted and straightforward “!! God Bless You Tiny Tim!!” All things considered, a pretty cool little record, so spare some time over at thegeorgie.bandcamp.com.