The Humms’ New Single, And More Music News and Gossip 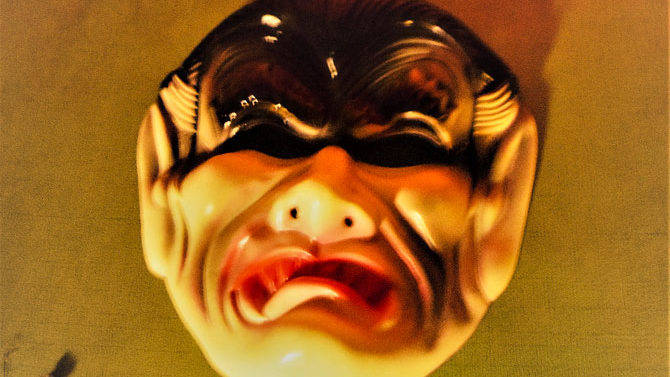 INWARD BOUND: DJ Other Voices, Other Rooms has released his first album and named it Gods in the Tree Trunks. The mix clocks in at a supremely digestible half hour. The compositions, all DJOVOR originals, were recorded at various times over the past three years, and he reports that about half were recorded over this past winter. Owing to his broad and highly cultivated taste, these tracks span several styles from ambient synth to glitch electro, happy hardcore to lounge-oriented cool wave, TR-808 beats to natural field recordings. As a whole, the record is blissful, thoughtfully arranged and intellectually spot-on. Spin this at soundcloud.com/other-voices-other-rooms/gods-in-the-tree-trunks.

JOURNEYMEN: Reliable rockers Pilgrim released their new album Neverland a couple of weeks ago. The songs vary between narrative and contemplative numbers, like the single “Anna Lucia” and the Band-ish “Night After Night,” respectively. Those are fine as far as they go, but I’m way more partial to those songs where Pilgrim turns the Foghat up to 11, as they do with the title track and “Watch You Cry.” Groove on over at pilgrim4.bandcamp.com.

CALLING ALL BARDS: UGA’s Willson Center for Humanities and Arts has launched a program named Shelter Projects. The initiative offers “micro-fellowships” of $500 to “support graduate students and community-based artists and practitioners in the creation of shareable reflections on their experience of the current pandemic through the arts and humanities.” This opportunity is open to artists, songwriters, prose and poetry writers, essayists, filmmakers, et al., and applications are being accepted on a rolling basis. Currently, 10 fellowships are available, but this number might grow. The application process isn’t particularly difficult, but it is rather specific: Applicants must send a one-page summary of their artistic or humanistic background and practice, including a brief description of the proposed project, to Winnie Smith via wcha@uga.edu. Oh, yeah: The work must be done by oneself, in isolation, in accordance with CDC guidelines. So, I guess this is a real honor-system opportunity for y’all.

DOUBLE VISION: Although they’ve been on the scene for over a year now, Vision Video remains difficult to categorize. On one hand, there are some goth overtones and clear visual nods to synthy new wave. On the other, with the release of the new single “In My Side” (b/w “Inked in Red”)—which comes from the band’s upcoming LP—it’s clear that the band’s sound owes more than a passing handshake to Big Country, Hunters and Collectors, Hothouse Flowers and other guitar-driven ‘80s alt-pop acts. Such resonances are clear but not exact: such comparisons never map perfectly onto each other. Vision Video harbors an inspirational and obstacle-overcoming quality that its darker influences just don’t. Check it out at visionvideo.bandcamp.com.

COP THAT BUZZ: Y’all heard the smokin’ new single “Lady Low” out from long-lived Athens band The Humms? It maintains the group’s signature garage style and easily packs a full two minutes of pleasure into its one minute and thirty-three second package. It’s taken from the band’s upcoming full-length album Vampire Hours. If by chance you’re unfamiliar with The Humms, now would be a great time to remedy that by doing some deep diving over at thehumms.bandcamp.com.

MASH NOTES: I spent some time with the new mix by DJ Reindeer Games this week. It’s titled 706//ATHMYX001 and is, sweet lord, cool as hell. In the most basic terms: He took tracks from a few local Athens bands and laid rap vocals over them. His crafting of the tracks from the source material is smooth and deft, and his choice of vocalists is impeccable. The four tracks on this are Easter Island’s “Always Room For Another” with Migos’ “Bad and Boujee”; Deep State’s “Under The Gun” with Yo Gotti’s “King Shit”; Four Eyes’ “Last Mall in Town” with Aaliyah’s “Are You That Somebody”; and Double Ferrari’s “Thumbs Up Molten Steel” with Purple Ribbon All-Stars’ “Kryptonite.” This is so good you’re gonna kick yourself if you wait to grab it. So spin that shiz over at soundcloud.com/djreindeergames/sets.