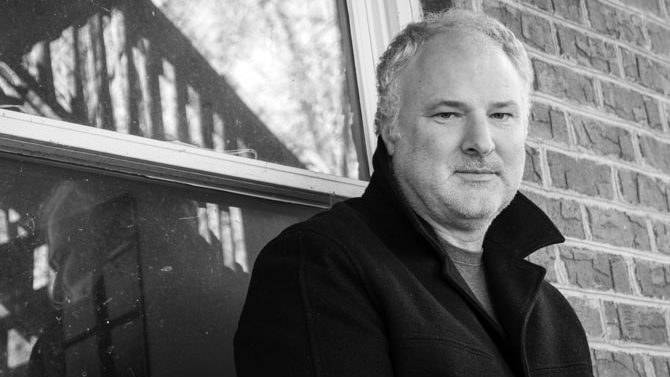 FOUNDING FATHER: Russ Hallauer (Sunbrain, The Lures) released his third solo album this week and it’s named Suspect Wings. He enlisted some heavy hitters for his band on this one including William Tonks, Rob Keller, Adam Poulin, John Evans and his daughter, Keira Hallauer, who also did the album’s artwork. It’s available digitally and on 180-gram vinyl. Hallauer’s music has long reminded me of Basement Tapes-era Bob Dylan, and this new record is no different. It’s much cleaner in both recording quality and execution than that raw document, but the spirit and vibe is always quite similar. On another note, Hallauer is a decades-long undersung hero of the Athens music scene via his Ghostmeat Records label. He first started releasing compilations in the early 1990s, then full length albums by artists, had a huge hand in the development of the 1996 CD version of the Flagpole Christmas album (and maybe more; I can’t remember!) and the AthFest compilations. This newest solo album of his is also courtesy of Ghostmeat Records, so check it out at russhallauer.bandcamp.com. Do yourself a favor and read the whole Ghostmeat story over at ghostmeat.com and let your mind be blown by how many artists you know today that he worked with in their infancy.

PRESS THE EJECT AND GIVE ME THE TAPE: It’s been just over a year since I mentioned anything about J Anderssen, who makes music and art under the name Ihlyatt. Anyway, they dropped a new album this past week and named it Whose Roots are Stars in the Human Mind, and it runs five tracks long. This record keeps very close to the theme of 2019’s Fetch, which is to say, its melodies are buried deeply behind sheets of noise, static, scrapes and other audial obscurantism. None of that should be taken as criticism though, because given the chance, this album is emotionally powerful, even if one takes the inward-dream approach of using it for meditation. If employed as a soundtrack to daily life, it casts wide shadows across even the sunniest of days, and oddly inserts pangs of unheralded nostalgia at specific moments. To wit, the nearly inaudible vocal sample in the final minute of the 10-minute-long “Untitled.” Your mileage will undoubtedly vary, but go ahead and step on the gas at ihlyatt.bandcamp.com anyway.

SANIBONANI Y’ALL: On his newest album, prodigious producer of all things Razzi King is joined by South African vocalist Queen Seeva. The four song excursion is named South Africa to the West Indies and the liner notes cheekily declare “International for tha people!” The first two tracks are pretty much modern dancehall songs with “Queen Seeva” being a full on pop tune. The second two, sung by King, are in his tell-tale traditional reggae style, and he really gives his best on these. Dig it at echobassrecords.bandcamp.com.

THEY HAVE RISEN: Chances are really good you’ve not been hit up to donate to a Kickstarter campaign for quite a while. Here to redress this grievance is Easter Island. The group just launched a new fundraising campaign for its second full-length album which has been six years in the making. So far, the band has worked at five different studios across Athens, Atlanta and Denver. Member Ethan Payne made note to tell me, though, that drums were recorded at Mike Albanese’s studio and the album was mastered by Joel Hatstat. The goal is a rather ambitious $12,000, and as always, there are several tiers of pledges available. The URL for the campaign, as is Kickstarter’s wont, is pretty unwieldy, so please just head to Kickstarter.com and search for Easter Island, or head to facebook.com/easterislandband to find all relevant info there.