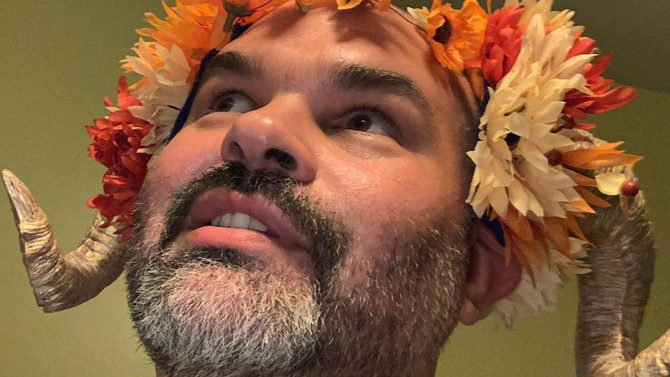 TABLE FOR THREE: Sometimes you just get knocked out by people’s creativity and talents you never knew they had. Case in point, longtime Athens musician Andrew Steck (Liberator, Los Meesfits) also composes and records orchestral music. His latest single, “Jolene Rides West,” is, in his words, “a reimagining of the Dolly Parton song ‘Jolene’ wherein the Jolene character is the villain of a spaghetti Western movie.” And, honestly, dude nails it. This is no mere cover—he’s true to his promise of it being reimagined. I’d encourage listeners to also check out his piece “Shapes and Shades in Passing,” which is a trio for flute, English horn and cello. He has a few other new-ish tracks online, too, so take a few and listen in. I realize fully that most of Steck’s friends probably already knew all about this stuff, but, you know, this ain’t the first party I’ve been late to. Dig in at andrewsteck.bandcamp.com.

ET FACTA EST LUX: The Morton Theatre will host the absolutely spectacular Morehouse College Glee Club Friday, Jan. 24. Since its founding in 1911, the Morehouse College Glee Club has performed at innumerable high-profile events around the world, entertaining dignitaries and common folks alike. Tickets are on sale as we speak, and I’ve got a really good feeling this will sell out. They’re $25 for the orchestra section and $20 for balcony seats. See mortontheatre.com to purchase. If you need more information, drop a line to board@mortontheatre.com, or call 706-613-2770.

CONSTRUCTION TIME AGAIN: Although he’s done lots in Athens music over the years, he hasn’t done anything in quite a while. Who? Winston Parker, that’s who. He also kept his newest batch of tunes under wraps for the past six months. Now making music under the name Ohmu, his first collection is named 18 yr Brood, and it’s a delightful doozy. Although there is a bit of computer controlling happening on these spacious and well built tracks, all the sounds were played with actual gear, not software. Without breaking things down track by track—there are only four, but they contain multitudes—the overarching school of thought is very much post-prog à la late ’70s Tangerine Dream. Parker’s got some live sets posted over at his main page, ohmumusic.com, but this EP can be found at ohmushell.bandcamp.com.

CLOCKIN’ OUT: Athens metal lords Savagist are closing up shop after 11 years of brutality. That seems like plenty of time for all y’all to have caught them, so don’t complain if you miss this one, too. The band’s final show happens at the Caledonia Lounge on Friday, Jan. 24. Doors are at 9 p.m. Now, unless the creek rises or we get a snowstorm or something, expect this place to be packed. Also on the bill are Ape Vermin (North Carolina), Irist (Atlanta) and The Sundering Seas (Athens).

NEIGHBORHOOD WATCH: With Go Bar now a sweet memory, it’s going to become important to look for new spaces for creative booking and, if possible, ones that aren’t completely dependent on filling a room to keep the doors open. So, hats off to Buvez, which hosted its first mini festival this month, for undertaking some of this action. They’ve got a cool show coming up, too, with Nicholas Mallis and Outersea on Friday, Jan. 24. It’s all ages and starts at 8 p.m. The show will be over by 10 p.m., so you can still go catch everything else. For more information, see facebook.com/buvezathens.