Telemarket Blazes and Blurs, and More Music News and Gossip 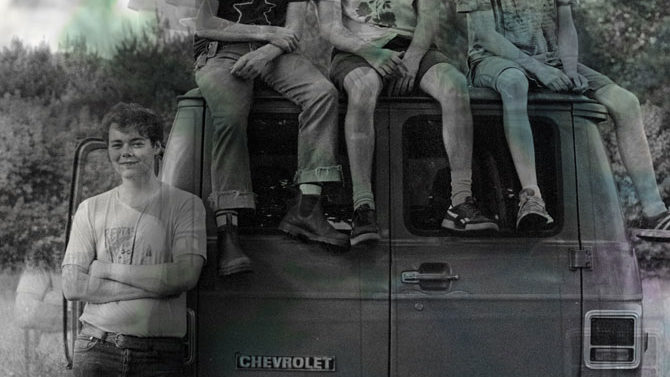 CALL ME, MAYBE?: Clever, cool and relatively collected Athens indie rockers Telemarket release a new EP this week titled You Deserve a Hard Day’s Work After a Long Night’s Rest. It comes courtesy of the Avenue Noise And Sound label. Running a taut seven tracks, the EP blazes through its paces in a way that’s as satisfying as those initial releases from, say, Parquet Courts, et al. Telemarket specializes in making a blur of the past four or so decades and is quick to remember—and remind—that this all used to simply be called rock music. That said, they do tend to favor the Creation Records neighborhood of the late 1980s and early ’90s. The band will jump up and down while rocking out in celebration of these tunes Saturday, Nov. 9. Also on the bill are Calico Vision, The Hernies and Hoyas. The location isn’t exactly secret, but it’s also not exactly public. So, to find out where you’re going, head to facebook.com/TelemarketMusic, and to hear this, head to avenuenoiseandsound.bandcamp.com.

DOS HISTORIAS: Musician and author Seth Martin (Georgia Dish Boys) will release his first collection of short stories Dec. 6. It’s titled Two Stories and contains exactly that. This is an edition of only 25, and preorders are being collected as we speak. They cost 12 bucks, which isn’t exactly cheap, but also not terribly prohibitive. To order, go over to georgiadishboys.bandcamp.com/merch, and be certain to remember to put “merch” in the URL, because I sure didn’t, and it took me several minutes to find it.

LEMME HOLD A DOLLAR: I’ve been writing this column for exactly 200 years, and I’ve seen a lot of people celebrate a lot of things. But this is the first time I’ve mentioned anyone celebrating the release of a vending machine. It’s all true, though, and wouldn’t you know it comes to you from the folks in White Rabbit Collective. The steadfastly creative bunch will play a fun set of ’60s folk and rock covers over at That Bar on Monday, Nov. 11. It’s free, with doors at 7 p.m. and music from 8–10 p.m. The machine is a vegan vending machine, which, to my knowledge, is the first thing of its kind in Athens. The grub comes courtesy of Eden’s Café, which is making a name for itself as the go-to for grab-and-go vegan food in town. So, take some bucks and get yr grub on.

TWISTERFELLA: Since it was first announced back in August, Dream Tent—the repository project for Gene Woolfolk (T. Hardy Morris, et al.)—has a few new tunes. Coming out at a clip of about one every month or so, it’s nice to see this hasn’t fizzled out. He’s joined on these new ones by Erica Strout (Motherfucker) and the singularly credited “Kyle” and “Gavin.” These four new songs are pleasant in their own dream-pop/shoegaze-y way, but Woolfolk hits true heights on the melodically complex “Not in Plain Sight” and the thoughtfully layered arrangement of “Wish.” Grab these, load ’em up, and go drive around for a while. Get grabbin’ over at dreamtent.bandcamp.com.

CARNIVAL TIME: For the first time in an exceedingly long time, a show has been announced for the Athens Fairgrounds, off Lexington Road near the county line. Loose Trucks Productions will host Atlanta rapper Lil Baby, along with a veritable cast of thousands. The show happens Friday, Nov. 8. Doors open at 6 p.m., and the show is scheduled to start at 7 p.m. Also on the bill are Pap Chanel, Scan, Scarfo da Plug, Prophet Mocmoud, Squalle, Trvy, DBoy, Deeno the God and more. Tickets are $52.63, and all other information can be found at loosetrucksproductions.com.