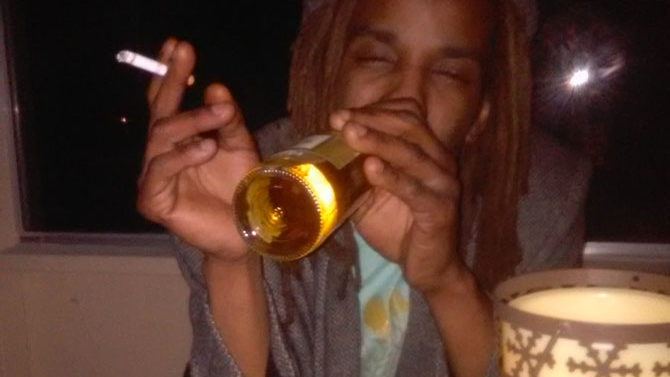 HALL OF FAME: Athens’ most well-rounded supreme sound system, Razzi King, has once again met a challenge only he knew he was going for. Known primarily as a reggae and dub artist, King has also slipped seamlessly into hip hop, smooth soul and R&B. His newest album, Impassion, has pieces of all that, but some newer jazz elements, too. Truth be told, while this is a self-contained, proper album, it’s also a really fine sampling of King’s variety. There’s the asphalt-heavy groove of “Dub Area,” the Herbie Hancock-isms of “Nocturnal,” the lovely Quiet Storm-style “Can’t Get Enough,” the futuristic dancehall beats of “In the Sunset” and the veritable 21st Century Bitches Brew outtake “We Are the Black Survivors.” Each touchstone and reference mentioned here is for exactly that purpose—i.e., reference only. Quite often, these are merely jumping-off points for King, as he’s never suffered for lack of his own style. Pick this up at echobassrecords.bandcamp.com.

TOUR TIME: By the time you read this, Michael Potter (The Electric Nature, Null Zone) will be about halfway through his latest tour celebrating the release of his new EP, Rain Song. Enlisted personnel on this single-track album are Steven Ledbetter (Atria) on drums, Web Hughes (Cult of Riggonia) on bass and Potter on guitar and synthesizer. The release comes courtesy of Already Dead Tapes. His tour schedule will take him through Alabama, Tennessee, Ohio, Maryland, Pennsylvania, Massachusetts, New York, Connecticut, Virginia and North Carolina. He’ll wind things down when he returns home Friday, June 28 to play Flicker Theatre and Bar with Jacob Sunderlin—see the next paragraph for more info—with whom he’s also playing several tour shows. For more information on Rain Song and Potter, see alreadydeadtapes.com, nullzone.bandcamp.com and facebook.com/NullZoneTapes.

THINGS ONE AND TWO: The aforementioned Jacob Sunderlin—see, told you he’d come up again—has a new recording out now named Atavistic Ritual. It comes courtesy of Richmond, VA label Working Man Lay Down. The two-track record, broken into sides A and B, features five minutes of music on each track. Side A is quite plucky and grind-y, whereas side B is much spacier and more echo-oriented. Admittedly, neither of those descriptions tells you very much, and sometimes that’s just the collateral damage of making music that’s so out there. Each track is distinct from each other, though, and it’s not some big jam sliced in two, like so many other artists of this ilk do. Check it out at jacobsunderlin.bandcamp.com, and see if it’s for you.

COFFEE WITH JOE: Literally decades ago, guitarist Joe Leone formed pop-alternative-rock group Trinket, which enjoyed a fair amount of success and received more than a truckload of derision and mockery. Weird thing is, fast forward to 2019, and they’d likely be one of any number of mainstream-ish bands pulling in huge crowds of just plain regular folks on the Theatre’s rooftop or in the Creature Comforts parking lot. But, easy come, easy go. Anyway, Leone now plays “world fusion music”—his descriptor—with a couple of different projects. One of them, Catalpa, will play Hendershot’s Coffee Bar on Friday, June 14. Leone trained as a Latin guitarist in his native New York while growing up, and if you surf over to soundcloud.com/joseph-leone-535723186, you can hear some of that influence. There’s a whole lot of Catalpa tracks there, so if you wanna check them out, do that.

¡OLÉ!: The UGA Salsa Club will host a Latin Night at Akademia Brewing Company on Thursday, June 13 from 7–10 p.m. This is a night of Latin dance, and your participation is encouraged. There’s a beginner’s class right at 7 p.m. so you can learn some steps and not get in anyone’s way. This event is a benefit for U-Lead, whose purpose is to help everyone gain access to higher education, specifically students from immigrant families. To this end, all proceeds will be donated to the group. Admission is five bucks. For more information, see uleadathens.org, facebook.com/ugasalsaclub and facebook.com/akademiabc.