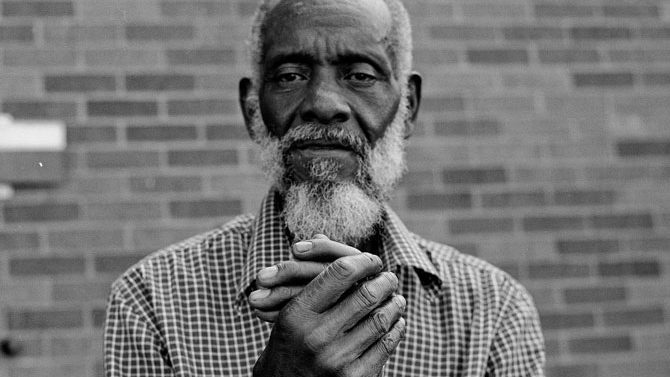 CAN’T ASK FOR MORTON THIS: The 19th annual Hot Corner Celebration and Soul Food Festival is happening Friday, June 7 and Saturday, June 8 at the corner of Washington and Hull streets downtown. On Thursday, as a pre-festival kickoff, The World Famous will host a fundraiser featuring Robert Lee Coleman, a guitarist who played with both Percy Sledge’s band and James Brown’s J.B.’s. For a mere five bucks, you can’t miss it. Friday night will feature a gospel program at the First AME Church, and Saturday’s lineup is, hoo boy, packed beyond belief. A full schedule is available online, but a quick sampling includes performances from WiseXpressions Dance Studio, Arsenic, Solo 10K, Stella Zine, Squalle, Motorhead 2X, Quezzy Poet, Blacknerdninja, Kxng Blanco, The Splitz, LB, Psalms of Fire and tons of others. The amount of work that has been put into Hot Corner Fest is nearly unquantifiable, and everyone involved on every level deserves your praise, support and applause. Visit facebook.com/HotCornerORG, and take notes.

LOVE TO LOVE YOU: Midiskirts is a new supergroup-ish project between Jesse Kennedy and Christopher Bartus, each of Wild Abandon, and after months of slowly releasing dribbles of their debut album, it’s finally out. Tilted The Look, it’s kind of the perfect soundtrack for imagining oneself in the lap of both material and existential luxury, and not stuck in the sweaty hotbox of a Southern heat wave. Anyway, for the most part, the 10 tracks here display a pretty profound love of producer and composer Giorgio Moroder, but that’s also a bit reductive and simplistic. For example, there’s a huge amount of cool, soft-blue-eyed soul happening on the dreamy “Goes Both Ways,” more than a fair share of Bryan Ferry cool on “Nothing From Everything” and echoes of Sasha and Digweed productions on the on accidentally goth “Until the Dust.” So, yeah, it’s kind of a synthesizer-packed cultural tugboat dragging this all into the 21st Century, but it does it so well, and with such reverence and style, that it’s easy to just throw this on and groove. I did. Check it out at midiskirts.bandcamp.com.

SET THE CONTROLS: Word came down from the Elf Power camp last week that the group is really busy these days. First, it’s recording a new album, but the sessions are, as of now, split between band founder Andrew Rieger’s home studio and The Glow Recording Studio. There are also plans to hit up Chase Park Transduction before the 2020 release is finalized. In other news, the group will be on tour in Europe during June and July, and, in addition to playing gigs in England, Germany, the Czech Republic and Austria, they’ll play Norway’s Egersund Festival for the second year in a row. During that fest, they’ll play once as Elf Power and once as Robyn Hitchcock’s band. If you’re waiting to catch them again locally, it’s gonna be a minute, but they’re slated to play The World Famous Sept. 8 with New York’s Sunwatchers, and there’s also a benefit for the State Botanical Garden of Georgia at, uh, the botanical garden on Sept. 17. For more information, see facebook.com/elfpower and elfpower.com.

SURPRISE, SURPRISE, SURPRISE: With an album and an EP released last month, it’d be easy to assume that Hampton Campbell, the dude behind the all-instrumental, guitar-led Kudzu, is a pretty busy guy. I mean, hell if I know, but it seems likely. Anyway, the full-length is named The Glow, and it opens with “Bummer Sunrise,” which is unabashedly and effusively joyful. A similar mood is found on “Problematica,” “They’re a Rotten Crowd” and “The Kid Atlas.” The album was recorded during 2018, but the EP, Only Out, was done early this year when it was still cold. Highlights on that include “Under Umbrellas” and “Suck Up.” If you twisted my arm and forced me to make a comparison to anyone, I’d be hard pressed not to readily name-drop Tycho. Even so, literally no one else is doing this type of thing in Athens these days, and even if they were, Campbell is doing a pretty swell job of claiming this space as his own. Grab these at kudzu17.bandcamp.com and drive around all night listening to them.

LOUD CROWD: The first official release party for the the Athens Resonates series will happen Friday, June 7 on the Georgia Theatre Rooftop. It’ll feature performances from Linqua Franqa, Grand Vapids, WesdaRuler and Freon Fighters (the acoustic version of Futurebirds). Tickets are five bucks and on sale now. Seriously, don’t wait on these, either, because between fans, hangers-on, curiosity quenchers and industry peeps, this is exactly the type of thing that will pack out. The record being celebrated is the 7-inch single—a double A-side, to boot—from Futurebirds, which is the lead release for the series. Athens Resonates is a series of 7-inch records whose proceeds go to benefit Nuçi’s Space and the Athens Boys and Girls Club Music Makers program. The whole thing is hyper-Athens-centric, and everything is recorded by founder Drew Vandenberg, pressed at Kindercore Vinyl, distributed by True Blue Records—a joint venture between Vandenberg and longtime publicist and label owner Alyssa DeHayes—and nearly every drop of sweat put into all of this is completely donated. So, see ya there. For more information, see facebook.com/athensresonates, athensresonates.com and trueblue-records.com. For tickets, see georgiatheatre.com.