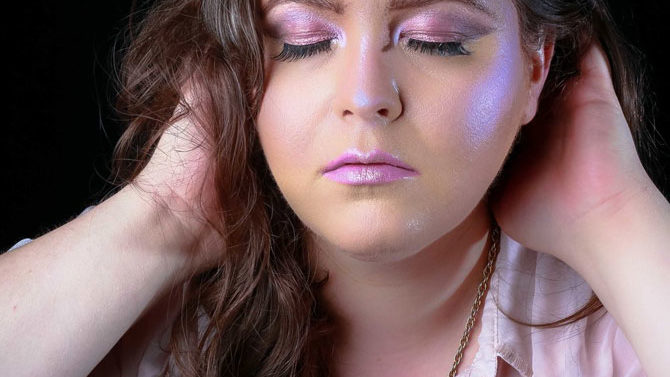 IT’S ALL THE SAME, ONLY THE NAME HAS CHANGED: Once upon a time, there was a benefit show for Girls Rock Athens named Boys Who Rock For Girls. Well, the show still goes on, but now it’s named Let’s Rock Athens, and it’s coming around again Friday, Feb. 15 and Saturday, Feb. 16 at Little Kings Shuffle Club and Sunday, Feb. 17 at The Globe. The first two nights begin at 8 p.m., and the Sunday show starts at 7 p.m. Each show has a $5 suggested donation, which is inexpensive for what you’re getting and the cause you’re helping. So, what exactly are you getting? Performers covering their favorite female or nonbinary musicians this weekend include Emileigh Ireland, Lydia Brambila, AJ Griffin, As Dusk Fades, Blue Bodies, Mean Queen, Grand Vapids, Stella Groove, Tight Blacks, Mokah and Knowa Johnson, Andy Steck, Bryan Poole, Balding, the Kindercore crew, DJ Lozo, DJ Kaptain, Show Pony and Gift Economy. For who’s playing where and other event updates, see facebook.com/girlsrockathens.

I WANT TO SEE THE BRIGHT LIGHTS TONIGHT: It was bound to happen sooner or later. And what “it” happens to be is the brand-spankin’ new live album by Don Chambers, Live at the Georgia Theatre, which was recorded May 19, 2018 by nearly legendary live-show recording engineer and archivist Sloan Simpson. The work ethic of each is completely evident in both quality of material and the way it’s captured. None of which is to say the overall darkness of Chambers’ music is diminished. Indeed, throw the headphones on this one and it wraps right around you, which is honestly pretty damn perfect for a winter that won’t even bother really being one. See the interview between these two here. This comes out on CD Feb. 14 and should land over at donchambers.bandcamp.com soon afterward. While you’re online, head over to southernshelter.com and dig through the years of Simpson’s work, too.

INNERVISIONS: There are some people who ease into a new year and others who attack it. Soul/R&B/reggae master Razzi King is solidly among the latter. To wit, he released a massive, 23-track album named Everything to Lose mere days into 2019. Over the past several months, he’s really spread his wings and embraced styles outside his own fairly established trademark of traditional and dub reggae. This time around, he’s gone headfirst into slow-jam, ’70s, beat-oriented conscious rap and thoughtfully funky space jams. All beats on this beast are credited to Dark Alliance. Fact is, there’s too much here to break it down track by track or anything like that. Just throw it on and let it roll. Cue it up at echobassrecords.bandcamp.com.

SNEAK PEEK: Beatmaker and rapper WesdaRuler just released his first piece of music for 2019. It’s a single track named “Let the Music Play,” and it comes across as slightly ’90s old-school and a little low-slung, but it moves along at a hell of a nice pace. Wes’ vocals are effortlessly cool, and his mid-gruff delivery matches the whole thing perfectly. Admittedly, as the sole preview track off an upcoming release—to be titled Ocean Drive—it’s impossible to contextualize and easy to be effusive. That said, it’s still pretty sweet. Dig it at soundcloud.com/wesdaruler.

JUST THE FACTS: Do y’all know how many Valentine’s Day events there are in Athens? More than any person should reasonably have to read about, so we’re gonna keep this short. A quick run-through of what’s going on will alert you that Bichos Vivos are doing their Brazilian dance night at Creature Comforts; Los Meesfits is doing their Hispanic Misfits tribute at Little Kings Shuffle Club; Mannie Arana, along with the UGA Salsa Club, are doing their thing at Akademia; the University of Georgia’s Hodgson Wind Ensemble is at Hodgson Hall; and the Athens A-Train Band is at The Foundry. See The Calendar for more details.