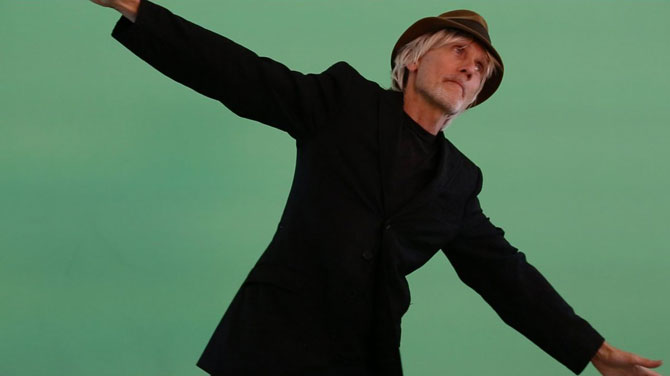 TOWN AND GOWN: The folks behind North Carolina’s Moogfest, in associated with A2ru (Alliance for the Arts in Research Universities) and UGA’s Willson Center, will present an exposition titled Human and the Machine at the Georgia Theatre Saturday, Nov. 3. Notably, the night will feature an audiovisual work by Michael Stipe (Pre-Cave, Boat Of, R.E.M.) titled Jeremy Dance, which was created for Moogfest 2017 and is a loving tribute to the late Jeremy Ayers. Other featured performers are the intriguing and incredibly physical Author & Punisher, as well as Lauren Sarah Hayes, Deantoni Parks and Eric Marty. There will also be several modular synth performances by various players. Honestly, folks, see humanandthemachine.moogfest.com and check all this out. There’s just not enough room here to describe the wealth of talent on display this night. Oh, and it’s all free, too, so no excuses. Reserve your tickets at georgiatheatre.com.

UPSTAIRS MEETING: Easter Island will wrap up its current tour and hit the Georgia Theatre Rooftop Monday, Oct. 29. The band is on the cusp of releasing its sophomore album, Island Nation. The single making the rounds right now is called “Always Room for Another.” It’s one of those rousing, modern anthem-type songs that feels both triumphant and celebratory, even though it’s anyone’s guess as to what’s being celebrated or conquered. This should translate just fine through the crisp autumn air atop the Theatre on a Monday, and you know you’re not doing anything else that night. So, stop throwing your money at Arcade Fire, and give it to these guys instead. For more information, see facebook.com/easterislandband and easterisland.band.

AN INSULATED BORDER: I’m betting someone out there knows who’s behind electronic bleep-bloop project Subdivision, but I sure don’t. No matter, though, because the new five-track release Airship is pretty OK, albeit a little disjointed. It’s mostly instrumental, but some vocals come out past the four-minute mark of “Reimagination,” and they’ll surprise you. Opening track “Neighborhood Watch” does a good job of setting a mood via synth trills and gurgles, but this thing hits its stride with the fourth and fifth tracks. “Depth Charger” makes good use of what I think is a clarinet (or sample thereof), and the bouncy, Yaz-style keyboard is tightly looped and provides a substantial foundation. “Moon Robbers” sounds like a continuation of the same theme but, significantly, employs much cleaner and colder elements until it closes with what can really only be described as a wisp of sound, as if the air is being sucked out of the room. All in all, not bad for a demo, but it could have easily been shortened by at least two tracks. Check it out at moonrobbers.bandcamp.com.

MBUS-TA MOVE: The music business program at UGA, as part of its beneficial Nuçi’s Space Jam series, is hosting a Halloween-themed show Tuesday, Oct. 30 at uh, Nuçi’s Space. Doors open at 7 p.m., the show starts at 8, and it’ll run ya a mere five bucks. Featured performers are Jester and Elijah Johnston. Because this is a Halloween show, there’ll be a costume contest. No idea what the prizes are, but bragging rights are still a thing, right?

NEXT UP, HARAMBE!: As detailed in this week’s feature, mythical Athens performer 8-Track Gorilla will celebrate his 20th anniversary at Flicker Theatre & Bar Saturday, Oct. 27. Actually, the whole night is kind of a celebration of the Athens scene that existed just before everyone was freaking out about Y2K. The night is hosted by local personality Klon Waldrip, Commissioner Melissa Link will appear as a guest speaker, and featured performers include Tears for the Dying, Don Chambers, Joe Rowe and Marshmallow Coast. Attendees will also be treated to a screening of the documentary Tracking the Gorilla, which owes more of its panache to Bob Fosse than Dian Fossey, but I digress. For the uninitiated—which I nearly guarantee means most people reading this—8-Track Gorilla is the invention and alter ego of longtime Athenian artist Kenny Aguar. He dresses up in a gorilla suit and mimes guitar performance while playing classic schlock on 8-track tapes. His initial run as this character was exceedingly popular, as, at the time, according to every national article ever written about Athens, only four or so bands had ever come from here, so obviously we were thirsty as hell for entertainment. Advance tickets for this show are $8 and available at Wuxtry Records. Doors open at 8 p.m., and the show kicks off at 9.