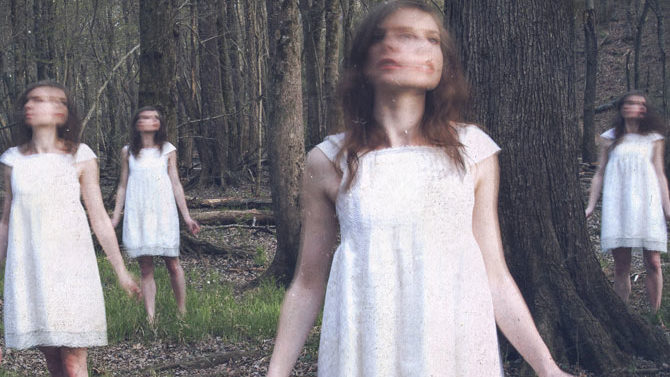 DARK AND DEEP: The first new music in five years from Wedge, the namesake project of Tommy Wedge along with songwriting partner Mark Emge, is out now on a fresh album named Phantom Limb. It runs a full 12 tracks and has featured appearances from Athens VIPs like Daniel Ray, Sanni Baumgärtner and Barbara Hawman. Although longtime listeners—Wedge’s first album came out over a decade ago—will recognize that there’s still a solid dream-pop element here, there’s absolutely no denying that this is the most aggressive music to ever be put out under the Wedge name. One listen to the second track, “For the Storm,” should clear up any confusion. Punctuated soundly by Ray’s viola and siren sound effects, it’s a real chiller. Stylistically speaking, Phantom Limb is akin to Pornography-era Cure, whereas all previous output rested fairly contently on the Cocteau Twins’ shoulders—or at least in their living room. Anyway, turn down the air conditioner and head to wedge.bandcamp.com to check it out, or check out Wedge’s official site at heavensville.com.

PUNCH YOURSELF IN THE FACE: Noisy, guitar-heavy, industrial space-rock band Unus Mundus released its newest album, Staring at the Sun, back in early May. The group is hosting a public listening party for it Thursday, July 19 at Blue Sky. Then it’s having an official album release live show at Flicker Theatre & Bar on Aug. 17. The record only runs nine tracks, but that’s plenty. You get the idea clearly after the first couple, and this release marks the band’s fourth release in less than a year, so you know it’s not afraid of overkill. The tunes pretty much all fall within the descriptors I used in the first sentence. While everyone on this has completely firm pedigrees in Athens’ underground dark-rock-aggro-industrial scene—insofar as there ever really has been one—over the past 25 years or so, this record isn’t terribly forward-thinking or particularly regressive, either. It’s loud and ugly and has a tendency to be exceedingly annoying, and I’ve no doubt at all that’s exactly how they wanted it. Listen without prejudice over at unusmundus.bandcamp.com, and join the club at facebook.com/TheeUnusMundus.

GET IN THE VAN: By the time you read this, the indie-rock masters in Eureka California will already be halfway through their most recent tour of the UK. More than anyplace else, it really feels like the UK is the band’s second home now, after multiple tours and its latest album, Roadrunners, being recorded there. During this current two-week stint, the band will play London, Brighton, Bristol, Nottingham, Cardiff, Liverpool, Bradford, Huddersfield, Glasgow, York, Cambridge and Derby. No plans yet, though, to play Hogwarts or Stonehenge. Most of these dates are with HHBTM Records labelmates Witching Waves, except at the very end, when the band plays the noted indie-pop festival Indietracks. Get up to speed at eurekacalifornia.bandcamp.com, and sign your name with an X via facebook.com/eurekacalifornia.