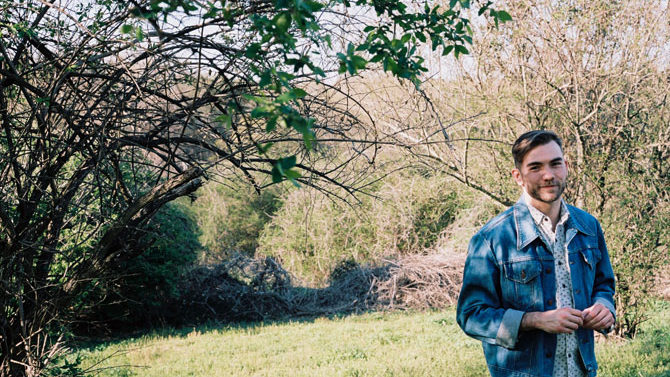 EASY BREEZY: Flagpole music writer and songwriter/musician Andy Barton will release a new EP this month named Beginners. Working under the name Reverie Rush, this is the project’s debut release. Musically, it’s very much a time capsule. Normally, I might describe something like this as exhibiting certain touchstones, but there aren’t any such slight references here. This thing is double-dipped in 1980s pre-shoegaze jangle and indie pop. Everything is slightly reverb-y and a little buried. Pointedly simple guitar melodies are fleshed out by full-chord strumming, and I caught myself physically bobbing my head more than once. I wasn’t terribly taken by the lyrics, mainly because the music is so intentionally dreamy and forceless it’s just too easy to get lost in one’s own thoughts and not pay attention to any vocal directive. There’s still some need for Reverie Rush to really distinguish itself, as this sound is becoming more popular with every passing day. But Beginners is a fine start, and hopefully more will follow. This comes out June 15, so bookmark reverierush.bandcamp.com and listen in then.

LEAVE A LIGHT ON: Songwriter Ty Manning (Bearfoot Hookers) has a new band named Ty Manning & The Slawdog Biscuits. The group has an album coming out Friday, June 15 named Empty House, and coincidentally, they’ll play a release show that night at Hendershot’s. Also on the bill are Scott Low—who also has a new album coming out this day—and Adam Klein. Empty House is chock-full of honky-tonk country, with perhaps the sole exception being the title track, which reminds me of The Jayhawks. For more information, see facebook.com/tymanningmusic.

GEORGIA CENTER FOR CONTINUING EDUCATION: Have y’all heard of New West University? It’s a little expensive upfront, but winds up being a hell of a deal by the time you graduate. Basically, for $289.99 (vinyl option) or $179.99 (CD option), you’ll receive every single album released in 2018 by New West and Normaltown Records. This is approximately 18 albums, you can sign up anytime, and your first shipment includes the year’s releases that have already come out so you’re immediately up to speed. There’s also a bunch of bonus stuff, like a special T-shirt and discounts on the web store. All in all a hell of a good deal, even if it stings a little at first. See newwestrecords.com for more information.

BIG TOP: Applications are now being accepted to perform/present/do a thing at the 2018 Classic City Fringe Festival. Almost anything you can think of is acceptable, so long as it is artistically outside the norm. Circus, theater and cabaret performers; poets; and sound, installation and multimedia artists are all encouraged to apply. Applications are processed on a first come, first served basis and are accepted until Aug. 1. This year’s Classic City Fringe Festival will happen Oct. 18–21. For more information and to apply, see classiccityfringefestival.com.

EASY A: I got tipped to the beatmaking prowess of Joseph Wallace last week via exploration undertaken in the Flagpole music office. His stuff kinda sits right there on the fence between shoulder-shrugging slacker indie-pop and honors-program backpacker hip hop. A great example of each of these present in the same track is “Really Angry,” which is self-effacing, tuneful and kinda cringey-confesional all at the same time. None of it is terribly complicated, nor is it street smart in any particular way. Indeed, it remains safely on the sidewalk. Even so, I enjoy its home-project aesthetic and the way Wallace constructs certain tracks in non-obvious ways. For example, the bouncy rhythm of “Better” gets propped up by an extra few notes at the end of each bar. It’s subtle, but it works. This stuff is recorded under the project name F.L.E.D. That stands for “Falling in Love Everyday,” which really sounds like a whole lot of work fraught with increasingly diminishing returns, but, you know, good for him. Check this stuff out at soundcloud.com/fallinginloveeveryday.