Dega Returns From the Desert, and More Music News 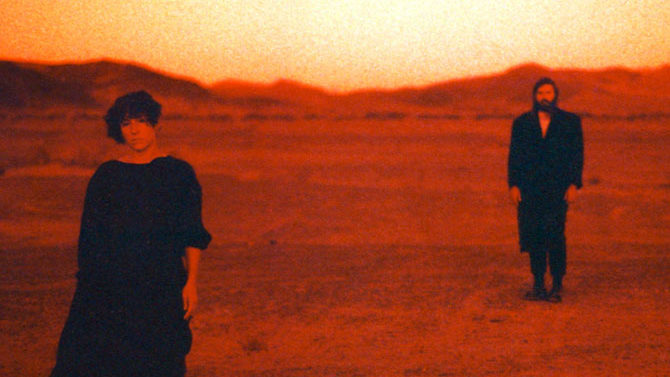 SWITCHED OFF: Aslyn and Kalen Nash, the pair that make up Flagpole Athens Music Awards nominee Dega, will perform a non-Dega show at DT Productions (1368 Prince Ave.) Thursday, May 24. Specifically, they’ll pull from their individual solo work; Kalen will play acoustic guitar, and Aslyn will play piano. It’s nice having these two back from the desert, not only because each has a nice personality and is easy to get along with, but because their songwriting is always a pretty good inspirational shot in the arm. This show is at 8 p.m. and costs $8. For more information, see dega.band and facebook.com/degadegamusic.

BRING YR OWN BAG: A self-titled full-length by new project Ragbags is out now. Featuring members of Jet Phase—specifically brothers Alex and Tyler Nicholson—the record runs eight tracks. Quite oddly, it’s unbelievably reminiscent of the kind of mixed vegetable soup that characterized a lot of early-’90s Athens bands. That is, it swings from Meat Puppets-ish acoustic duo numbers (“Ouroboros”) to slow-ish semi-psychedelic southern grunge (“Amen,” “Far From Bliss”) to jam band-y, self-medicated Doobie Brothers-y things (“Shaken,” “Loaded Dice”). All told, I suppose it’s fine as a demo because of its breadth of styles, but as a proper album it’s spread a little too thin. I dunno about this one, but you can check it out at ragbags1.bandcamp.com.

THERE’S ROOM ENOUGH FOR TWO: If you had been wondering exactly what kind of bait you needed in your trap to grab that elusive 35–45-year-old Athens audience, the Georgia Theatre Rooftop has you covered. On Wednesday, May 23, songwriter Dave Marr will play the popular elevated venue. And while it’s fun to remember his old band the Star Room Boys, lemme tell ya, his 2016 album We Were All in Love is the best album of his career. So, get on that if you’ve not heard it. Before Marr, though, is another round of “Wednesdays With Jay,” which sounds a lot like Tuesdays With Morrie, but isn’t nearly as sad. Indeed, these are the nights when Jay Gonzalez takes you around the world of AM Gold and album-oriented FM and plays both hits and deep cuts from the bands you love to, well, you know. Jay’s at 8 p.m., and Dave’s at 10.

SUPPORT YOUR SCHOOL: Full Moon Studio‘s School of Music will host a showcase at The Foundry Wednesday, May 23 from 7-10pm. Featured acts are The Full Moon School of Music Varsity Band, Venus and The Tines. I’ve not heard any of these bands, but the organizers describe Venus as a “young, female-based punk rock trio” and The Tines as a “young funk-rock Athens band with a recently released debut EP, E!.” For more information, see facebook.com/thefullmoonstudio and facebook.com/FullMoonSchoolOfMusic.

INSTANT RECALL: summermemorycenter has returned with two small back-to-back releases. The single-track “33” came out back in April. It’s just a short little bleep-bloop thing that has a decently sweeping keyboard background but isn’t terribly compelling. The four-track self-titled EP that came out earlier this month, though, is tops. Opening track “missingsomething” is the on-ramp to the synthesizer super-highway, and is fairly constructivist while also maintaining some swagger. The high point of the whole thing is the nearly 25-minute “liveontapefrommyfuckinbedroom,” which shamelessly opens with a classic New Order riff—it’s a gag, people! Relax—then goes and flows into a deeply soothing yet not exactly relaxing extended jam. At the risk of sounding ridiculously pedantic, I’ll go ahead and tell you the period from 7:00–8:00 is the best, most hyper-melodic and satisfying section. In other news, I’m really not terribly fond of stylizing names and titles with lowercase letters, so the fact that I’ve indulged this should mean something. Check this out at summermemorycenter.bandcamp.com.

COMING AROUND AGAIN: Athens supergroup Kompromat will play Hendershot’s Coffee Bar Saturday, May 26. Composed of Asa Leffer, Jeff Cummings, Steve Phillips and David Ferguson, the group’s formation a while back was both semi-secret and public secret. As in, they let ya know it existed, but weren’t obnoxious self promoters. For those of us who remember all his old bands—not the least of which was The Go Figures—it was a real treat to have Ferguson back on the singing scene. His voice, always shockingly strong, has deepened over the years into a richly dark honey pot, and he leads the solidly ‘90s-sounding rock band with fervor. The upcoming album is tentatively titled Aktiv Measures, and hopefully that’ll all come together soon.