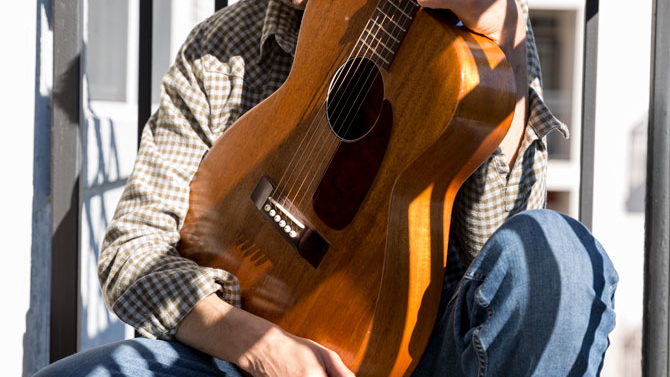 VIBIN’: Singer-songwriter Cortez Garza releases his new album, The Low Vibe, this week. This tight collection of a mere eight songs is refreshing in both its brevity and strength of composition. This is the first time I can recall responding overwhelmingly positively to Garza’s music. It’s not that I ever disliked it, per se, but it never really landed with me until now. The pacing on this record is outstanding and never drags or gets tiring, even though all the songs are slow or mid-tempo. For my money, top tracks include opener “Riding in the Rain,” “Keep the Pace” and “No One Knows You Better.” Feel free to stream this from your favorite service beginning Friday, Mar. 23. For more information, see cortezgarzamusic.com.

THIS IS WHERE WE WALKED, THIS IS WHERE WE SWAM: The Oconee River Land Trust will host its Oconee River Belles benefit concert at The Foundry Thursday, Mar. 22 at 7 p.m. Featured acts this night are Grammy Award-winning banjoist Alison Brown with guest players Sierra Hull and Justin Moses; Cicada Rhythm; and Grammy-nominated duo Rob Ickes and Trey Hensley. Doors open at 6 p.m., advance tickets are $30 ($35 at the door), and you can find all additional information at oconeeriverlandtrust.org/2018-concert.

BULLS, BEARS, BANANA CRÈME PIE: The Georgia Conflict Center is presenting a benefit show for VoiceBox Investments at Hendershot’s Coffee Bar on Sunday, Mar. 25 at 3 p.m. VoiceBox is billed as an “ethically driven investment group,” but I have no idea what its actual platform is, how investor funds are allocated, etc. So, ask their representatives when you show up to see the Georgia Children’s Chorus, Caroline Aiken, Kate Morrissey and Klezmer Local 42. A dessert buffet will be provided from local bakeries, merchants and restaurants. The suggested donation is $10, and you can find out more about the Georgia Conflict Center over at gaconflict.org.

LAUGH FACTORY: Underground venue and art space Joker Joker Gallery (145 Vine St.) is having an open-house event Saturday, Mar. 24 at 7 p.m. It’s billed as an art/toy showing, plus sound performances. One of your hosts this night, Mux Blank, has made enormous leaps in his creativity over the past couple of years and spent much time focusing on his line of one-of-a-kind toys, and he’s gathered some cool people to show their stuff. Artists include Keith Shubert (Asheville, NC), Dain Marx/Buzzard Guts, Kari Bjork, Lisa Rose, Bradley Staples, Van Beville, Edwin Salas, Feond, Ashley Morgan Herring and Craig Gum. Live performers include 185668232 (New York), Isa Leal (Baltimore), Wrists (New Jersey/UK), Chalkfucker (Athens), Edwin Salas (Mexico City), Toybox Theatre and Symmatree (Texas). Please bring some money to donate, as you can see how far some have traveled to participate in this. For more information, see facebook.com/jokerjokergallery.

ALL WORK IS NOBLE: Although this is technically a music-only column, I’m making an exception this week to celebrate the 40th anniversary of the Athens Montessori School, which is hosting a benefit and anniversary-celebration show on Saturday, Mar. 24 featuring two comedians very close to the school, Collin Moulton and Stuart Huff. Each has ample material you can find online. Advance tickets are $15 (available at the Athens Montessori office) or $20 at the door. For more information, see athensmontessori.com.

HERE, YOU HOLD THIS: Jack’s Johnson is putting out a new EP this week named Dang!. It’s a mere three tracks long and kinda sounds like indie circus music with a dose of Ween, especially on the final track, “Big Hips.” Each track has a semi-psychedelic vibe, which is fine as a directive for future releases but doesn’t do much here. Overall, there’s not enough oomph for the EP to make a point or enough branches for listeners to grab onto. I don’t really want to say it sounds tossed-off, but it kind of does. One thing to note is that this is the last release scheduled for Jack’s Johnson, as the project will undergo a name change soon. The EP will be celebrated at a release show at the Caledonia Lounge Friday, Mar. 23 with Juan de Fuca and Dagmar Vork. Enjoy this at soundcloud.com/jacks-johnson.

STILL AT IT: Georgia roots-rock legend Randall Bramblett, whose ties to Athens are numerous and deep, celebrates his 70th birthday with a special performance at The Foundry on Friday, Mar. 23. The show, dubbed “Just Getting Started,” features Bramblett, whose latest release is last year’s agile Juke Joint at the Edge of the World, playing with his band of all-stars, as well as appearances from various special guests. Doors are at 6 p.m., admission is $20, and the show starts at 8. From all at Flagpole, here’s wishing Bramblett a very happy 70th. [Gabe Vodicka]