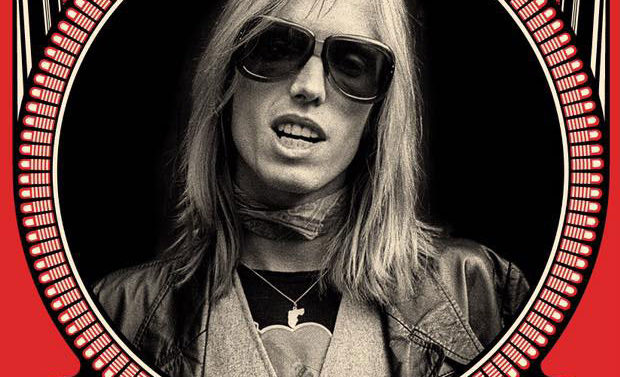 THE BEST OF EVERYTHING: Paul McHugh (Pilgrim) has assembled a cast of dozens to pay tribute to the recently passed Tom Petty. The show happens Thursday, Oct. 26 at the 40 Watt Club and will benefit Save the Children, with proceeds specifically earmarked for Puerto Rican relief efforts. Tickets are available at the door or in advance, and it’s a pretty sure thing this show will be packed out, so choose your own adventure. Featured performers include a house band so folks can sing “Pettyoke,” composed of McHugh, Richard Mikulka, Jay Gonzalez, Jon Watkins, Bryan Howard, Brandon Reynolds, Vaughn Lamb, Carlton Owens and Jason Richardson. Others on the bill are Honeychild, Andy Dixon, T. Hardy Morris, Matt Linden, Chris McKay, Kim Kirby, Brandon Taj Hanick, Tabloid, Todd McBride, Rick Williams, Mudcrotch, Dave Marr, Los Cantares, Kristoffer Dede, Jef Whatley and Chip McKenzie.

CLICK IT AND TICKET: Widespread Panic is hosting a raffle to benefit Nuçi’s Space, and tickets are a mere $5 each. The prize winner will get a pair of tickets in the pit for each of the band’s three Atlanta shows at the end of the year (Dec. 29–31), plus accommodations for two for three nights at the Loews Hotel in Midtown. The drawing will be held Nov. 17 at Nuçi’s Space, but you don’t have to be present to win. For more information and to buy tickets, see rocknraffle.com.

WELCOME BACK: Family and Friends will play their first Athens show since AthFest 2016 at the Wild Rumpus Ball, which goes down at the Georgia Theatre Saturday, Oct. 28. This show immediately follows the Wild Rumpus parade, as you might infer from its title, and the opening act is The Funk Brotherhood. Tickets are $15, and doors open at 9 p.m. In other news, Family and Friends report they’ve been working on their debut full-length album and going back and forth between Los Angeles and Athens for the recording sessions. Hell, dudes, Double Ferrari was doing that two paragraphs ago! For more information, see familyandfriendsband.com, and for advance tickets, see georgiatheatre.com.

THUNDER STRUCK: An intense new live recording by experimental combo Thunder O(h)m! titled fac(a/d)e was recently released. This is the first we’ve heard from the group in a while, and this live lineup features the core members of Killick Hinds (guitar), John Norris (drums) and Brad Bassler (piano), but also Jamie Thomas on standup bass and Sahada Buckley on violin. The four-track album begins with a 42-minute performance titled “built up,” after which the listener will want to take a break simply for the purposes of aural resetting. After this, there are three encore performances from Killick and Thomas, Buckley and Norris and Bassler and Killick. For more information and to stream this at will, see killick.bandcamp.com.

SPACE IN THE PLACE: Space Brother did a cool thing at Go Bar a few weeks ago, and now all of us who missed it can enjoy it. Through the use of electronic manipulation and chopped samples of the original score by composer Gottfried Huppertz, he recreated the soundtrack to Fritz Lang’s 1927 film Metropolis live as the movie played. Although I’ve seen the film, I admit fully not having a strong appreciation for or really any previous knowledge about its score. I’ve quite enjoyed this rendition, though, and it’s conveniently broken into eight separate tracks for easy listening. Check it out at spacebrother.bandcamp.com.