The Powder Room Calls It Quits, and More Music News and Gossip 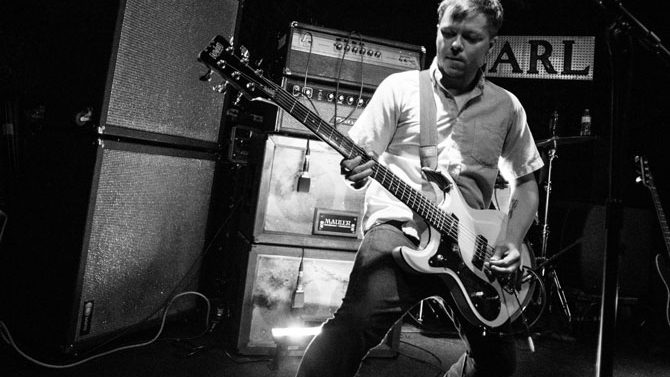 FANGS FOR THE MEMORIES: Athens noise-rock favorite The Powder Room is finished. Founder and songwriter Gene Woolfolk is already working on material for a new project, but this comes hot on the heels of his other piece of big news, too. Over the past several months, Woolfolk has been pulling double duty in Philadelphia band Plaque Marks, and he’s about to set out on a lengthy tour with them. That band’s newest record, Anxiety Driven Nervous Worship, is set to be released Oct. 27 on Learning Curve Records and can be found at plaquemarks.bandcamp.com. They’ll play locally at the Caledonia Lounge on Nov. 10. If you wanna dig through the still white-hot bones of The Powder Room, see thepowderroom.bandcamp.com.

SOMETHING TO TALK ABOUT: The loveable cornballs in Je Suis France may have grown older, gotten married and started breeding little Francos of their own, but they sure as hell haven’t grown up. And in the interest of never letting go, the band is celebrating its 20th anniversary at the Caledonia Lounge Friday, Oct. 20. (See story here.) If you’re lucky enough to have not endured the 1990s, lemme tell ya, time was Je Suis France was the infectious pop spoiler of any house show taking itself too seriously, yet the group had no trouble catching the wind of scrumptious, genuinely rockin’ indie rock in its sails. In plain terms, the France did and does rock, and chances are very good you’ll have as much fun, or nearly as much fun, as the band itself if you go see ’em. They just wrapped up work on a new album, and while that’s not out yet, you can hit jesuisfrance.bandcamp.com and bone up on anything you’ve missed.

GARDEN OV EARTHLY DELIGHTS: On Saturday, Oct. 21, Go Bar will host Mr. E (Ethan LaPaquette) and Other Voices, Other Rooms presenting “Temporary Temple: A Tribute to Psychic TV.” The pair will start at 9 p.m. and play until about midnight, spinning a chronological retrospective of the band accompanied by video projections and a smoke machine. This is exactly the type of thing that would be ruinously boring or otherwise woefully inadequate in lesser hands, but with Other Voices, Other Rooms on board, it’s bound to be a completist’s dream and a newcomer’s worthy welcome. Hats off!

EASY DOES IT: Former Athenian jazzman Trey Wright (Squat) brings his newest combo, a duo with Atlanta’s Laura Coyle, to Hendershot’s Coffee Bar Wednesday, Oct. 18. Wright sent word that the duo performs a “unique repertoire of jazz standards, Brazilian music and contemporary songs,” and if you wanna know more before you head down, see lauratreyduo.com.

SOMETHING THE LORD MADE: Null Zone is releasing the newest album by Athens-via-Oakland, CA artist Jacob Sunderlin. It’s titled Hymnal and is composed of two long pieces that run just about 14 minutes each. The first works through a sense of heavy conflict via the use of primitive guitar, harmonium drones, found sound and orthodox vocalization (which I believe is sampled but remain unsure of this). The second piece uses much of the same instrumentation but has an overarching theme of ascension, then a gentle descent from height. It’s not exactly an emotional release, or even a mere reversing of the sentiments expressed in the first piece. Its overall effect is more resignation than resolution. Find this and other Null Zone releases at nullzone.bandcamp.com.

YAKETY SAX: The University of Georgia Saxophone Society will host the Saxophone Olympics at the Ramsey Concert Hall Wednesday, Oct. 18 from 6–8 p.m. This event is the fall studio recital for the UGA Saxophone Studio, which is part of the Hugh Hodgson School of Music. For more information, see facebook.com/ugasaxsociety.