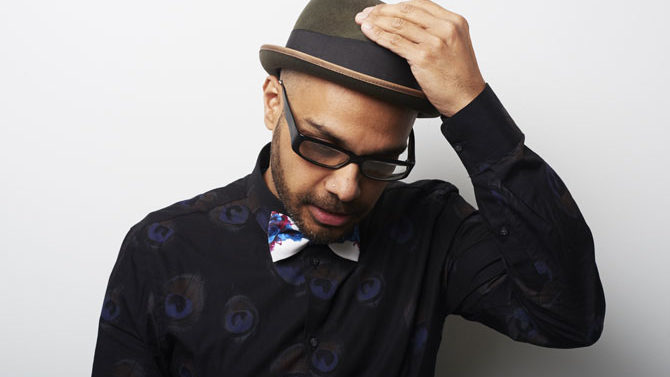 BEAT TIME: Local experimental godhead Killick Hinds will host a special show at ATHICA Saturday, May 20 featuring New York drummer Ravish Momin. Momin last played Athens in 2003 as a sideman for saxophonist Sabir Mateen in, coincidentally, another Killick-coordinated show. This time around, Momin will open the show with a solo set of his percussion work, which is fleshed out very nicely with loops and electronics, then play with Killick as a duo. The show starts at 8 p.m. and the suggested donation is $10, so don’t be a cheapskate. Consider yourself heartily encouraged to check out Momin’s work over at soundcloud.com/rmomin.

STRIKE UP THE BAND: Girls Rock Athens, the organizing body behind the Athens Girls Rock Camp, has a new program, Hip Hop Camp, that’s being coordinated in conjunction with the VIP Girlz Dance and Leadership Program. Hip Hop Camp looks to be an impressively expansive, and subsequently kind of intense, week of education. It will focus on the “history and impact of African-American music, the culture of hip hop and other urban music genres, how to play and perform songs from various eras, how to remix/blend hip hop and rock music, and performance skills such as songwriting and staging.” Hip Hop Camp runs June 19–23, with a showcase happening June 24. Girls Rock Camp will continue its exceedingly popular program whereby campers form a band, write songs and perform at the end of the week. It runs July 31–Aug. 4, with its showcase happening Aug. 5. Each camp costs $300 plus a $20 application fee. A limited number of scholarships are available on a need-based and first-come, first-served basis. See girlsrockathensga.org and facebook.com/vipvipgirlz for more information.

HELLO, IT’S JAY: Songwriter, keyboardist and gentleman Jay Gonzalez (Drive By Truckers) revives his Georgia Theatre summer rooftop residency this week. The first of eight planned appearances happens Wednesday, May 17. Doors open at 7 p.m., and music starts at 8. For these shows, Gonzalez handily eschews the cloak of the Truckers and dives head-first into his own blend of pop originals and select covers of “AM Gold, singer-songwriter, power pop, British invasion and TV theme songs.” Gonzalez is a consummate entertainer and a very talented player, and if anyone can turn an artist’s previous hits into current live gems, he can. Have a ball.

NOW HEAR THIS: Athens musician and roadie Larry Acquaviva will read from his newly published autobiography at Avid Bookshop’s Prince Avenue location Saturday, May 20 at 6:30 p.m. While Acquaviva is reading, his band The Honey Sliders will play live behind him, which should be a thing to experience. The book, Nobody Cares Who You Are: The Life and Times of Aceman, a Widespread Panic Roadie, Book 1: The Search for His Muse, is the first of a planned five-volume series. See deedspublishing.com/acquaviva and facebook.com/AvidBookshopAthens for more information. As a side note, go ahead and make it a whole Avid day on Saturday by visiting the Athens-Clarke County Library between 10 a.m. and noon to catch the Little Golden Bus, which interactively celebrates the history of the 75-year-old Little Golden Books series.

CHECK YR PREMISE: As detailed elsewhere this week, Is/Ought Gap will reunite for the first time since a one-off show three years ago. The band originally existed between 1980–1984 and eventually split in two, with enigmatic frontman Bryan Cook going on to start Time Toy and the rest going off to form Kilkenny Cats. Is/Ought Gap was one of the most solidly creative bands within the art-rock scene of its day, which already had no lack of creativity. The show happens Saturday, May 20 at the 40 Watt Club, where the other bands on the bill are Cosmo Jr. and Flash to Bang Time, each of which has a lineage that reaches back to the same early scene days. This bill is easily the most important thing happening this week in Athens music, so show up and do your part. Check out song samples from Is/Ought Gap’s seven-song album Lucky 7 over at, read the full bio at isoughtgap.strikingly.com, and be a fan via facebook.com/isoughtgap.